The actress says the line provides assistance “if you have a little belly or you had a baby and you need more support."

Sofía Vergara has just demanded to see my skivvies.

“Show it to us!” Vergara says, sipping coffee inside a suite at The Peninsula Hotel in Beverly Hills on a Monday afternoon. The “Modern Family” star is only half-joking. After all, she is both a comedian as well as a cofounder of the underwear subscription service EBY, or Empowered By You.

“What kind of underwear are you wearing?” Vergara’s partner Renata Black inquires, noting that women have often been known to discuss their unmentionables with her. “I’ll be at dinner sometimes and I’ll have somebody pull out their underwear,” she says with a laugh, “and they’ll be like, ‘Look! Mine has holes!’” Vergara has had similar experiences. “My makeup artist just had a baby like six months ago and I’m big breasted, so she was like, ‘Do you have left over bras? Look what I’m wearing.’” Ever the performer, Vergara mimes the motion.

No question, women feel a sense of comfort and intimacy around Vergara. Maybe it’s because they’ve been watching her for nearly 10 years on her Emmy-winning ABC show. Or maybe it’s because she has a genuine ease about her. Even so, while it may feel like girl talk, in actuality, the women have gathered to promote their latest shapewear product, Comfort Shape, which is available May 22 on the brand’s web site.

Comfort Shape applies EBY’s patented flocking technology to the brand’s seamless underwear, which is made with a lightweight fabric that helps keep each panty in place. “It’s evolving shapewear,” Black says of the new product, which was developed over the course of nine months after 30 fit tests. Comfort Shape features a panel around the waist, which provides assistance, Vergara says, practically in a whisper, “if you have a little belly or you had a baby and you need more support.”

Priced at $32 for those with EBY subscriptions, the underwear is available in a nude thong for sizes XS-XL and a nude brief for 1X-4X. “It’s really solution-driven,” Black says, explaining that she and Vergara were at a photo shoot when the actress suggested adding the technology to the waist of the brand’s classic panty. “When Sofía said to me, ‘Don’t you think [the customer] might want a little bit more support or shape?’ I was like, ‘Wow. That’s actually a really good idea because normally shapewear is so uncomfortable,’” Black says. “It makes for a great partnership because she definitely has that eye.”

Black says she conducted a questionnaire with subscribers: “We said, ‘If there’s something that would shape and support you without confining and constricting you, would you want this product?’ And women were like, ‘100 percent. I would love to wear shapewear. I just can’t take it on. I can’t take it off.’”

Vergara interjects, “It’s like asking someone, ‘Do you want a high heel that feels like it’s a tennis shoe?’ What are they going to say? No?” She laughs heartily. “The underwear was great before. It was just that we wanted to give more options.”

While EBY’s business model was already in place when Vergara came on board, the actress was particularly interested in signing on because 10 percent of all sales go toward the Seven Bar Foundation, a nonprofit that empowers impoverished women through micro-financing. Black calls EBY “a business that drives purpose and drives profits.”

The company says they’ve provided more than 1,256 micro-finance loans to women in Haiti, Nicaragua, India, the U.S. and Vergara and Black’s home country of Colombia. “Sometimes when you’re in a good position — making money, being famous and all of that — you feel a little bit of guilt,” admits Vergara. “Sometimes, I’ll go and I buy something for an amount of money and then 20 minutes later, I sit down waiting for an Uber and [I read the news on my phone and am reminded that there are] kids that don’t have anything. You see a picture and you’re like, ‘And I just spent all this.’ You kind of feel a little like, ‘Ugh.’”

Vergara says the company’s philanthropic angle particularly appealed to her because “it was a business of not just us or me making money, but it was making money and helping and empowering [women]. It was not just doing an endorsement, which there’s nothing wrong with, you know, which I also love to do, but this was a different kind of business.” She also genuinely “fell in love with the underwear” after being sent a pair and agreed to meet with Black. 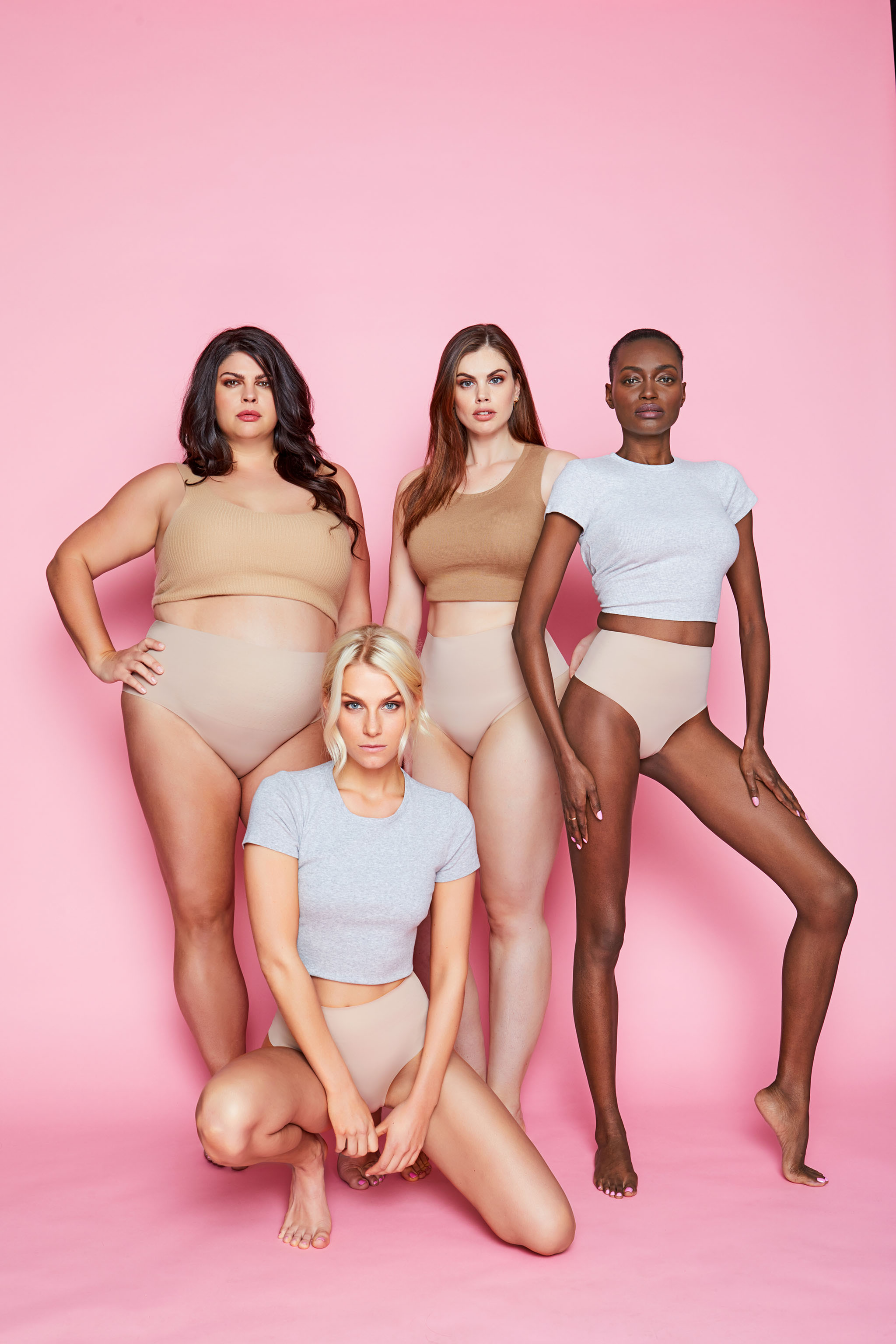 In addition to EBY, Vergara has endorsement deals that include Sofía Jeans by Sofía Vergara (a size inclusive clothing line with Walmart); So Sofía for Kay Jewelers; Cover Girl; Head & Shoulders; the Sofía Vergara Furniture Collection for Rooms to Go, and Sofía by Sofía Vergara fragrance. “This has always been a part of my career — a part that I love,” says Vergara, who also previously had a deal with Kmart until 2015. “I like being creative with the businesses that I join.”

“My life has been full of surprises and opportunities,” Vergara says. “I never expected them, but I was always ready to accept them.” As the story goes, Vergara was discovered in her hometown of Barranquilla, Colombia, when she was cast in a Pepsi commercial. From there, she moved to Miami and appeared on a Univision show, before making the move to Los Angeles to pursue acting. At one point, she was studying to become a dentist before fate had other plans for her.

The Golden Globe- and Emmy-nominated actress admits she’s “super nervous” going into the upcoming final season of “Modern Family.” “I don’t really know what’s going to happen next,” she says, adding, “I already miss it. I always say, ‘I don’t understand why can’t we be like Law & Order? Why can’t we just keep going?’ It’s going to be hard to find another job and another character so perfect for me. I know the reality of that…it’s an opportunity that an actor gets once in a lifetime to be a part of a show so special and loved in 80 countries in the world.”

Next, Vergara will be seen starring alongside her husband Joe Manganiello in “Bottom of the 9th,” a drama he coproduced with his brother, Nick, about a professional baseball player who returns home from prison after 17 years. “You always get nervous to work with your partner because you think it might look cheesy or it might look weird,” she says. “I didn’t really think that it was something that we needed to do, then he was producing this movie and, you know, I live with him, so I was hearing all the time what he was doing with this script and this and that and then I started hearing, it’s in the Bronx and the woman is a teacher and I was like, ‘What? There has to be a Latin teacher!’ I was like, ‘Wait a minute. Give me this script.’ So I read the script and I was like, ‘That woman is me. You need to give me this job.’”

Vergara relishes the experience of filming together. “We had such a great time in New York,” she says. “We shared a trailer. We would rehearse lines in the car while drinking coffee on the way there, so it was a super fun experience. I wish I could do it [again]. The odds that I do it again are very slim, but it was a great thing for a couple to do. We had no fights. We were helping each other with the lines. It was great to see him at work.”

Television and film aside, Vergara admits she’s interested in building a lifestyle brand of her own in the vein of Gwyneth Paltrow’s “Goop” or Kate Hudson’s “Fabletics.”

“Why not?” Vergara says. “I always wanted to be Martha Stewart,” she adds. “I think she was the first one, no? That started all these empires? She’s so amazing….She’s the whole package. And then I love that she went to jail and all of that. That’s very Colombian. I’ve always had a fascination with her and her business. I think we all in a way want to be Martha Stewart.” 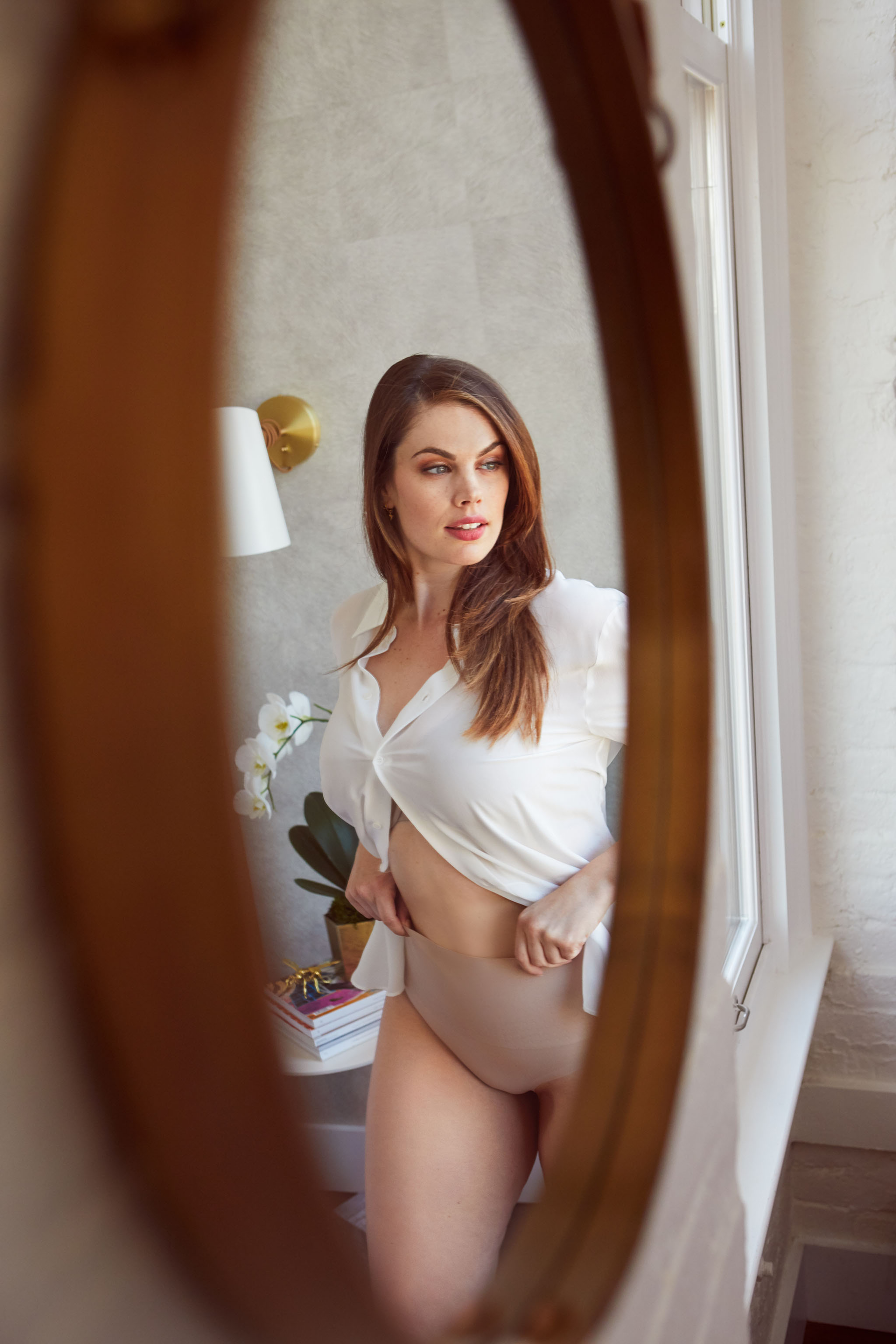