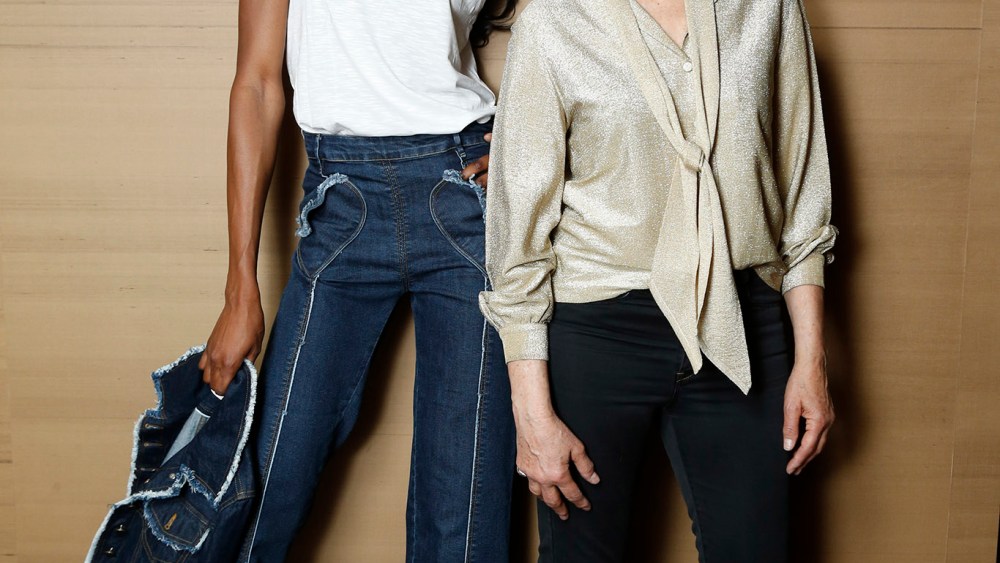 “I was raised in an environment dominated by fabrics, patterns and all the details of designing and manufacturing women’s clothing. My parents had a clothing manufacturing business back in Australia,” said designer Sophia Tzelepis who just launched her new denim line called Sophia — inspired by the fun of the Sixties and the clean but sexy styles of Jane Birkin, Françoise Hardy and Jean Shrimpton.

Tzelepis explained that when she came to New York, she had to learn a lot about sportswear which in Australia was not that big; Turns out she had a knack for it and in the Nineties she launched her own collection called IS by Sophia Tezel which sold at Barneys, Bergdorf Goodman and Fred Segal among others.

“I was doing well but I decided to take some time off and be a mom,” she said. “After several years of consulting for major contemporary brands from Nicole Miller to Bird by Juicy Couture to Rebecca Minkoff, I really wanted to do my own thing. I love denim and I saw a niche in the market for special, designer jeans,” she explained. As a result, she sources high-end fabrics in Italy, and manufactures in New York. Styles vary from floral motif skinny fits to cutout waistbands and fringed paneled. “I only have one basic style in the line.”

In the future, Tzelepis envisions a whole lifestyle brand including men’s and home products. I love a denim ottoman, a denim bedspread, denim is such a timeless fabric.”