The designer crowd was out in force, including Carolina Herrera, Diane von Furstenberg, Vera Wang, Phillip Lim and Alexander Wang. 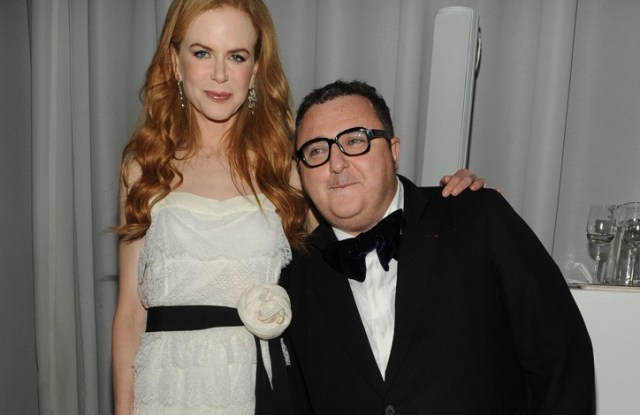 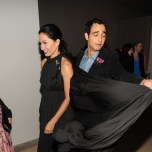 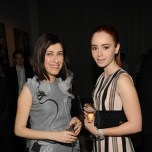 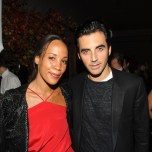 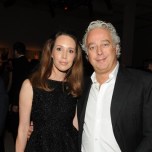 CFDA/Vogue Fashion Fund winner Sophie Theallet was the toast of the town at Monday night’s gala, and the designer-heavy crowd was more than happy to join in the celebration.

This year’s 10 nominees tried their best not to get too worked up before the prizes were announced.

“It is in the cards. The universe has already decided what’s going to happen,” said House of Waris’ Waris Ahluwalia. George Esquivel, who provided Ed Westwick’s shoes, was drinking in the scene. “This is truly special, especially growing up in poverty the way I did. I went to 12 different schools, lived in motels and hotels, and I didn’t really have clothes to wear. This couldn’t be further from that.”

Alber Elbaz, the night’s keynote speaker, offered advice to this year’s contenders. “It takes some talent [to be a designer],” he said. “We can buy bags; we can buy dresses; we can buy beauty, but we cannot buy muscles. For muscles we have to work really hard. Day after day, season after season, year after year.” (Nicole Kidman, who introduced Elbaz, noted the designer paid his dues “at the toughest finishing school in fashion: Geoffrey Beene’s studio.”)

The evening’s winners — including runners-up Patrik Ervell and Monique Péan — seemed eager to put in the effort.

Although the world Theallet, Ervell and Péan are entering has changed — thanks or no thanks to technology — Elbaz encouraged the winners to be true to the essence of their craft. “A few seasons ago I decided to have a screen in my studio, so when I did the fittings I would look at the screen,” he said. “I’m really scared of bloggers, and I know this is how they judge me. But I realized that whatever looks good on screen doesn’t always feel good on the body. So I decided to leave the computer — sorry to the lady from Google [Marissa Mayer, who was in attendance] — and I went back to trust my eyes. And that’s what I do in fashion.”

After all, the secret to staying power is simple, Elbaz said. “Success is like a bottle of perfume: Smell it, don’t sniff it and don’t drink it.”