Heather Sanders and Brittney Turner on what’s next for their brand founded on women’s empowerment.

LOS ANGELES — Sorella gained steam via social media like so many others, but it’s staying the course and nabbing gains as its founders bank on their brand’s #GirlsTour movement to continue the momentum.

The women’s brand, which has been labeled streetwear by some, is comprised of an online shop and Melrose Avenue store selling unitards, jumpsuits, bodysuits, dresses, sweaters, hoodies, accessories and some vintage. It gained steam in its first year in business through social media and has since been worn by Kylie Jenner, Kim Kardashian and Teyana Taylor, among other celebrities.

Now Sorella has linked with Fubu in an upcoming collaboration as founders Heather Sanders and Brittney Turner look to possibly team with retailers next year, launch pop-ups and consider outside capital to further solidify their marketing efforts.

The buzz of the brand is in part due to a carefully crafted voice the two developed over the years that’s resonated well with their customer base, which they said could range anywhere from a 12-year-old to 50-year-old, with the core between 15 and 30.

“A big part of us being able to relate to our customer is our creativity and what we stand behind,” Turner said. “We stand behind women’s empowerment so it’s easy for a lot of women to connect with us. We’re two young black female entrepreneurs and I think that resonates so well. We’ve become a part of the culture here on Melrose and Fairfax just like Supreme or Bape.” 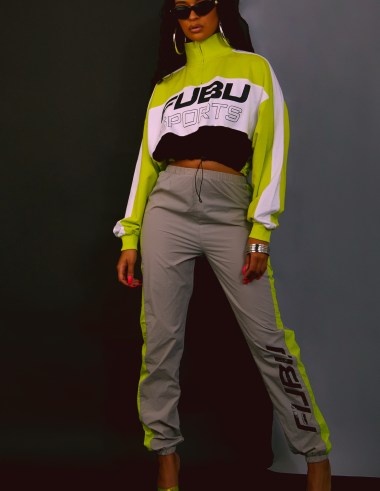 The Fubu collaboration launches Saturday at the company’s Los Angeles store before broader distribution on its web site Monday. The pieces take their cues from the Nineties and include T-shirts, crop tops, long-sleeve tops, tube tops, a coach’s jacket, a dress and track pants.

“They’re going to be relaunching their women’s line and when they came to us with it, they said Sorella fits the vibe and this makes sense for them,” Sanders said. “I also believe that it makes sense for us, too. We can represent the culture behind Fubu well and we can bring it back out and relaunch it as part of their new women’s brand and put a cool factor on it.”

Sanders and Turner started the business in 2012, launching with $500 and 10 stockkeeping units. They worked out of their apartment. The business grew a following via Sanders’ social media and three years ago opened an over 2,000-square-foot store, which the two said is performing well.

“Heather was our biggest social media influnecer,” Turner said of Sanders. “She was one of the first before people who knew there was such a thing as influencers. I think within the first year when we launched the site and people were actually clicking on and buying and interested in what we were doing, we knew it was something we wanted to continue.”

Sanders moved to Los Angeles from Texas, coming to the West Coast with her boyfriend.

“I was kind of just following his path and his dream and I was like, ‘I need to do something for myself. I can’t just sit around here,’” she recalled of the time. “I came up with the idea of wanting to sell clothing. I didn’t want to have a clothing line because, at the time, everyone had a clothing line.”

Turner brought experience designing custom denim and the two went from there, building a brand focused on women’s empowerment with the most notable tag being the #GirlsTour concept and a whole wall at the Melrose Avenue store dedicated to that messaging. 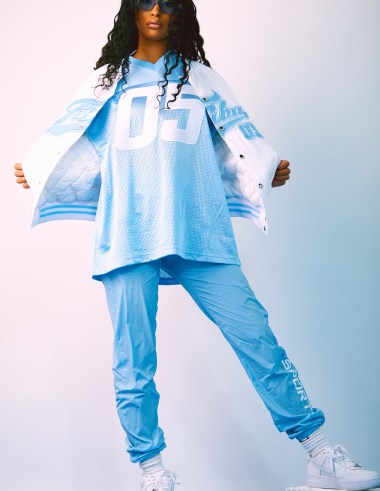 “We don’t go by a code and I think that’s what people respect the most,” Turner said. “When you look at other companies, it’s so repetitive. But if you look at Sorella, we go against the grain a little bit. We’re unapologetic in everything we do. In our creativity and the items we purchase.”

With no outside investors beyond the $500 start-up capital from Sanders’ boyfriend, the two said they’re open now to the possibilities. That money would be pumped into marketing and the build out of a social media and influencer strategy along with more product.

The two declined to share revenue figures but said the business is profitable. It counts about 20 workers company-wide.

Sanders and Turner are also now at a turning point where they’re considering what partnerships with other retailers could look like. They’ve yet to do that, but Sanders said it’s something they could dabble in next year in addition to pop-ups under the #GirlsTour banner.

Turner added the move would help expand the brand to new states or countries, which is part of the longer term vision they have for their business to continue growing.

“We hope to tour other states and maybe countries and just get out there, see who our customer is and talk to our customer,” Turner said. “Obviously just [make] Sorella as big as it can be. Creative-wise, we’re on point, but we can always be bigger and better.”