DuPont’s planned divestiture of its textiles and interiors division by yearend could happen sooner in the form of a sale to Koch Industries. 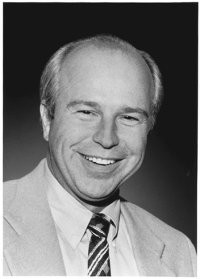 NEW YORK — DuPont’s planned divestiture of its textiles and interiors division by the end of the year could be around the corner in the form of a sale to Koch Industries.

According to financial and market sources, DuPont has been in negotiations with Koch for the last several weeks over the sale of DTI, the $6.5 billion fully integrated textiles fiber division that includes polyester, nylon and Lycra spandex. The deal is said to be north of $4.5 billion, possibly closer to $5 billion depending on certain adjustments to the purchase price.

A DuPont spokesman said of a possible Koch deal: “It is company policy not to comment on rumors and speculation.”

According to the spokesman, DTI became a wholly owned subsidiary on Feb. 1. He added that the company was considering a “wide range of separation options, including an initial public offering. The company believes that the separation process is continuing on schedule.”

DuPont created the synthetic-fiber business when it introduced nylon at the 1939 New York World’s Fair, and added to the operation with the invention of polyester and acrylic. Its portfolio of brands now includes Lycra, Coolmax and Teflon.

Goldman Sachs, a strategic adviser to DuPont regarding the DTI operation, declined comment. Also not commenting were officials from Koch, a privately held firm based in Wichita, Kan.

As reported, DuPont said on Feb. 11, 2002, that it would merge all its fiber operations into one unit: Dupont Textiles and Interiors. The firm’s plan at the time was to divest itself of DTI, possibly by spinning off the division via an initial public offering, depending on market conditions.

Industry consultants, such as Walter Loeb of Loeb & Associates, believe that the current economic environment is far from ideal for any company considering an IPO. “Right now, we’re in such a negative mood about everything from the war to unemployment. I would not be preparing an IPO at this time, maybe not even at all for the rest of this year,” he said.

Other financial professionals noted that even if market conditions improve, there is still no guarantee that anyone would be interested in purchasing shares of a textile IPO.

DuPont has been investing heavily in innovation and had promised 25 new fabric inventions within five years through DTI. Where that goal stands now, in light of a possible sale, is unclear.

DuPont, a Wilmington, Del.-based chemicals giant, has said that it wants to exit the textiles and interiors business due to rising operational costs, mostly due to the business’ heavy dependence on oil.

However, it was improved volumes and prices for nylon and spandex products for the DTI division that helped it contribute positively to DuPont’s fourth-quarter profits, announced Jan. 28, even though overall corporate earnings fell due to a one-time year-ago gain.

DTI’s sales for the three months rose 4.5 percent to $1.55 billion from $1.49 billion, reflecting a 4 percent volume gain and a 1 percent price increase.

Bill Ghitis is president of apparel for DTI, and Steven R. McCracken is group vice president and general manager of the unit.

An industry source said that some of those familiar with the proposed deal believe that Koch would purchase DTI, and possibly sell the Lycra operation. Ghitis and McCracken, presumably, would be available to have a hand in the future operation of the Lycra business and possibly its acquisition either from DuPont or Koch.

Koch Industries was founded in 1940 by Fred Koch, who developed an improved method of thermal cracking, a process that converted heavy oil to gasoline. Subsequent investments include a crude oil-gathering business.

Kosa has 14 manufacturing facilities in the U.S., Canada, Mexico and overseas in the Netherlands and Germany. Through Polarguard, a specialty fiber used for warmth, Kosa is a major player in outdoor apparel.