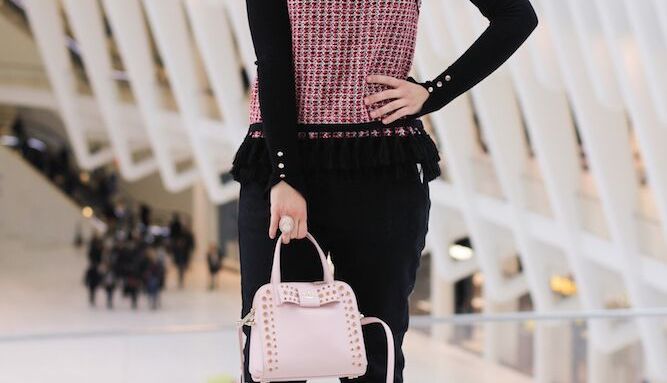 Spring break is a rite of passage for college students to travel to far-flung locations, hang out on the beach, party until the wee hours and indulge in new outfits and accessories.

But in a survey conducted by CollegeFashionista of those college students planning a spring break trip, the most popular destination was New York.

Other destinations to which they were headed were California, the Caribbean, Mexico, Aruba, Europe, Maine, Texas, Japan, Jamaica and Texas.

CollegeFashionista surveyed 63 college students at campuses around the country, and 57 percent of them said they were planning to go away for spring break. Of those taking a trip, 77 percent said they were traveling within the U.S.

The students said their top reason for traveling was to explore a new city, followed by seeing friends, family and partying.  Most students surveyed said they spent less than $500 on spring break travel.

The majority of the students polled said they spent between $100 and $200 on new clothes for their spring break trip. Zara was the top retailer for students’ purchases, but other labels that were mentioned include Asos, Urban Outfitters, Adidas, Kendall and Kylie, Free People, Forever 21, H&M, Topshop, PacSun, Current/Elliott, J Brand, Nasty Gal, J. Crew and Madewell.

Most of the students said they spent less than $50 on spring break accessories, with jewelry and tech accessories being their main purchases, but some said they bought items such as Ray-Ban sunglasses and LeSport Pac and Kate Spade beach bags. As far as their beauty spend, the majority of students said they spent less than $50 on spring break beauty products. Students said they’re buying a combination of high-end and low-end products, and their list included NARS, Maybelline, It Cosmetics, Makeup Forever, Tarte Cosmetics, Benefit, Burts Bees Skin Protection, Too Faced and  NYX. For the most part, they were buying just what they need, no indulgences.

One category they were planning to spend more money on was experiences, which has been diverting money away from apparel these days. The majority of students said they spent up to $250, and that included expenses such as sightseeing tours, coffee shops, car rentals, museums, renting a catamaran and jet-skiing.

Depending on where they were traveling, the students said their chief concerns were running out of money, safety, Zika, the weather, and not speaking the native language.

Maddy Haller, a junior at Florida State University, said she was planning to visit New York during spring break and planned to spend less than $50 on new clothes from H&M and Topshop. “I am excited to explore the city that never sleeps for the first time. I’m look forward to the food, museums, sightseeing and feeling the energy of New York City.”

Kristin Vartan, a junior at Pepperdine University, was also visiting New York and said she liked visiting the museums and libraries. “I also was stoked to be at the One World Trade Center and praying I’d run into Anna Wintour somehow,” she said. She spent between $1,000 and $2,000 for the trip and between $50 and $100 on new clothes from Zara; between $200 and $300 on a Kate Spade bag, under $50 for MAC Cosmetics and between $500 and 1,000 on a variety of experiences, including museums and high tea at the Plaza.

Others were traveling further afield.

“I am most excited to lay on the beach of all the amazing islands,” said Lyndsay Rinere, a senior at Salve Regina University, who was traveling to the Caribbean. “I’m visiting with my friends. Senior year has been stressful so I am looking forward to relaxing,” she said. She was planning a trip to Puerto Rico, St. Kitts, Barbados, St. Maarten, Saint Lucia and Saint Thomas. She was spending between $500 and $1,000 on her trip, and between $100 and $200 for clothes from Topshop, Free People, BodyGlove and Nicole Miller. 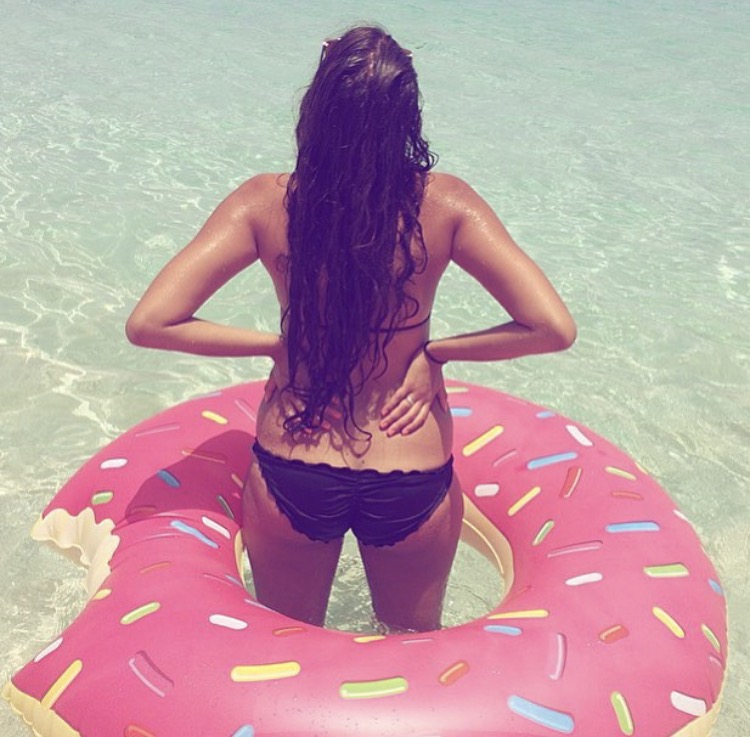 “I’m visiting my sister for the first time at her new home in Miami. She lives in South Beach, and I’m really excited to explore,” said Isabel Gutierrez, a sophomore at Tulane University. She is spending between $2,000 and $3,000 on spring break, and about $200 to $300 for new clothes from such brands as Asos, For Love and Lemons, Kendall and Kylie and Urban Outfitters.

Samantha Mandich, a senior at Fordham University, said she went to Mexico for spring break with her friends. She spent between $500 and $1,000 on her travels, and between $50 and $100 for clothes from Sommer Swim, Nasty Gal and Free People. She also spent less than $50 for a Nasty Gal cross-body bag and less than $50 for Neutrogena sunscreen and moisturizer. She spent less than $250 for a sightseeing tour and jet-skiing, as well.

Lavi Ajmani, a freshman at Penn State University, said she went to South Beach for spring break and spent between $50 and $100 beforehand on clothing from Primark, Who What Wear and Nordstrom Rack. She also spent under $50 on a portable charger, sling bag and jewelry, and less than $50 on cosmetics such as NYX, It Cosmetics and Maybelline, all purchased at Ulta.