All proceeds from a virtual gallery sale of the photos will go to the British Fashion Council's COVID Crisis Fund.

An image by Mark Seliger to be sold at Spring Studios' new virtual gallery.

LONDON — Globe-trotting photographers who were trapped at home during lockdown had a choice: They could either climb the walls, or take pictures of them.

Earlier this year, Spring Studios asked its photographers, and its own employees, to do the latter, and quickly built up a series of images it released via the @SpringStudios Instagram account, under the hashtag #shotathome.

Craig McDean, Camilla Akrans, Sølve Sundsbø, Tom Munro, Carlton Davis, Alexi Lubomirski, Alique and Victor Demarchelier were among the snappers who took part in the project, which is becoming a virtual exhibition.

The gallery will launch on Spring Studios’ web site on Dec. 9 and the photography will be available to buy until Dec. 16, with all proceeds from sales going to the British Fashion Council’s COVID Crisis Fund. 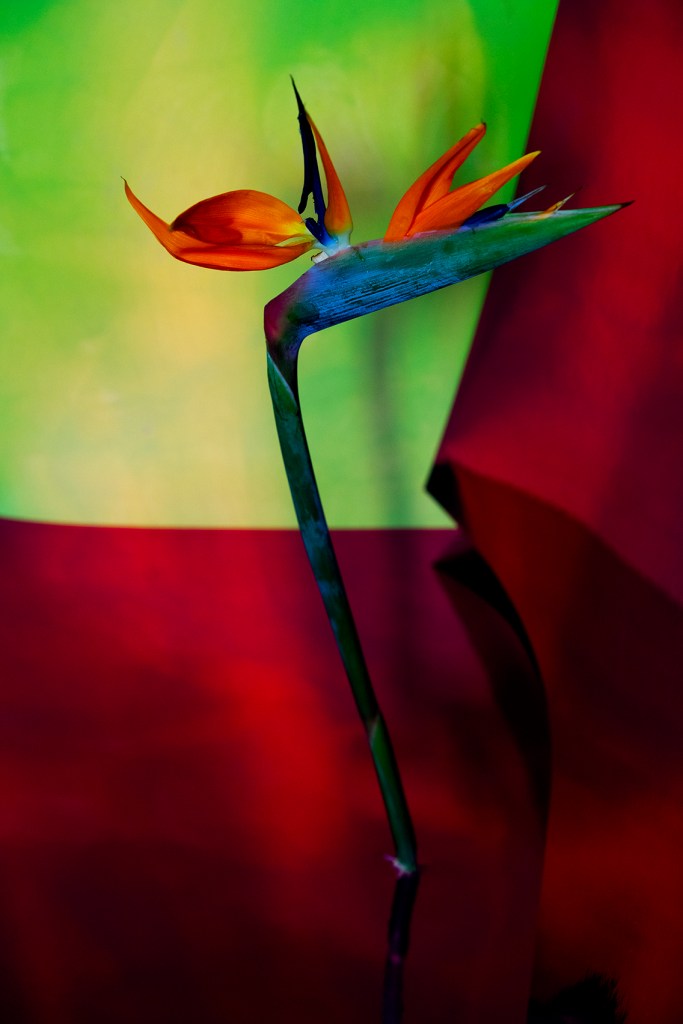 An image by Michel Haddi to be sold at Spring Studios’ new virtual gallery.  Image Courtesy of Spring

Francesco Costa, chairman of Spring Studios, described the initiative as a “solidarity project. It is crucial for us to give back as much as we can to the creative industry affected by the COVID-19.”

He said in a telephone interview that “like many other sectors, we had such a short time to adapt to, and come up with new creative solutions for, our new normality. Spring has managed to adapt itself well to the new and innovative ways of working that have been necessary so far this year.”

He said it was Robin Harvey, executive creative director of Spring in London, who sent a brief to the global internal teams to take pictures of their view from home to ignite creativity.

Harvey decided to extend the project #shotathome to the rest of Spring’s creative network, a project that drew leading photographers “and generated hundreds of one-off photographs sharing a snapshot of their world during lockdown. This was an opportunity for all of us to be part of something while we were apart, and find some togetherness while we could not be together,” said Costa. 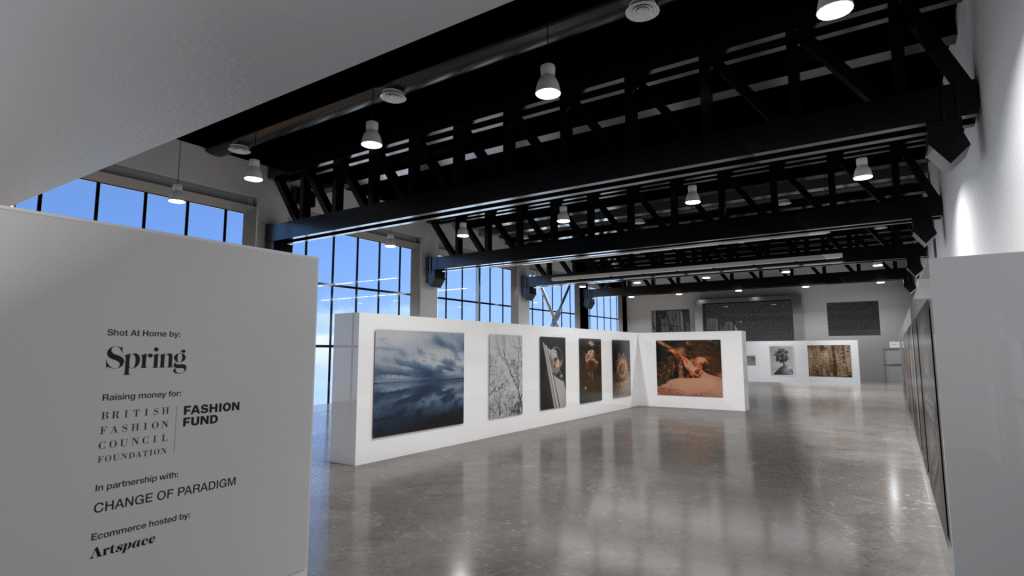 A look at Spring Studios’ new virtual gallery, which will raise money for the BFC Foundation.

As the weeks progressed, Spring Studios released the images on its Instagram account and later decided to work with Change of Paradigm, which specializes in 3-D technology, and ArtSpace, a digital marketplace for fine art, on a virtual gallery. All proceeds from the sale of the works will go to the BFC Foundation, which in March created the Fashion Fund to support creative fashion businesses in surviving the pandemic.

Until now, the foundation has allocated 1.5 million pounds to 67 designer businesses with a portion of funds allocated to students.

“As COVID-19 continues to impact our industry, the need for support has not wavered and we continue to fund-raise to be able to support as many businesses as possible,” said Caroline Rush, chief executive officer of the BFC. “Spring Studios’ virtual gallery will help us to continue to support our incredible creative talent through these devastatingly uncertain times.” 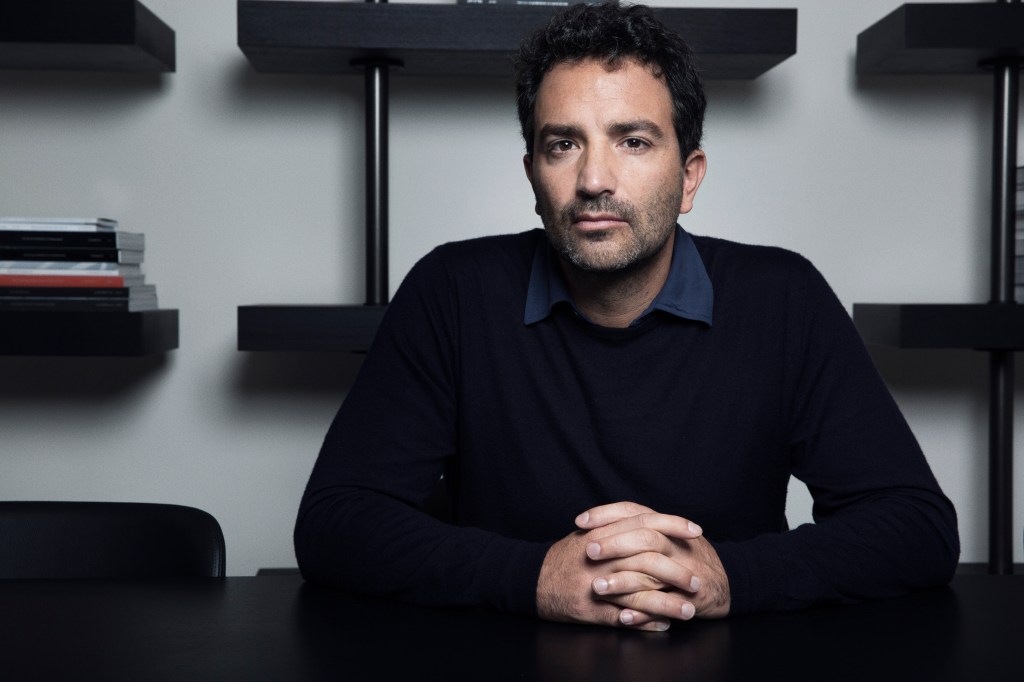 Rush said the BFC had worked with Spring Studios on numerous occasions in the past, notably as the creative agency on The Fashion Awards, and “when they got in touch to discuss the possibility of this project, we were immediately excited. The project unites the creative community in an exciting new digital space, an immersive virtual gallery, while also allowing us to support the future generation of fashion businesses.”

She said Spring Studios has been a “tremendous” supporter of the BFC, “for which we are immensely grateful.” 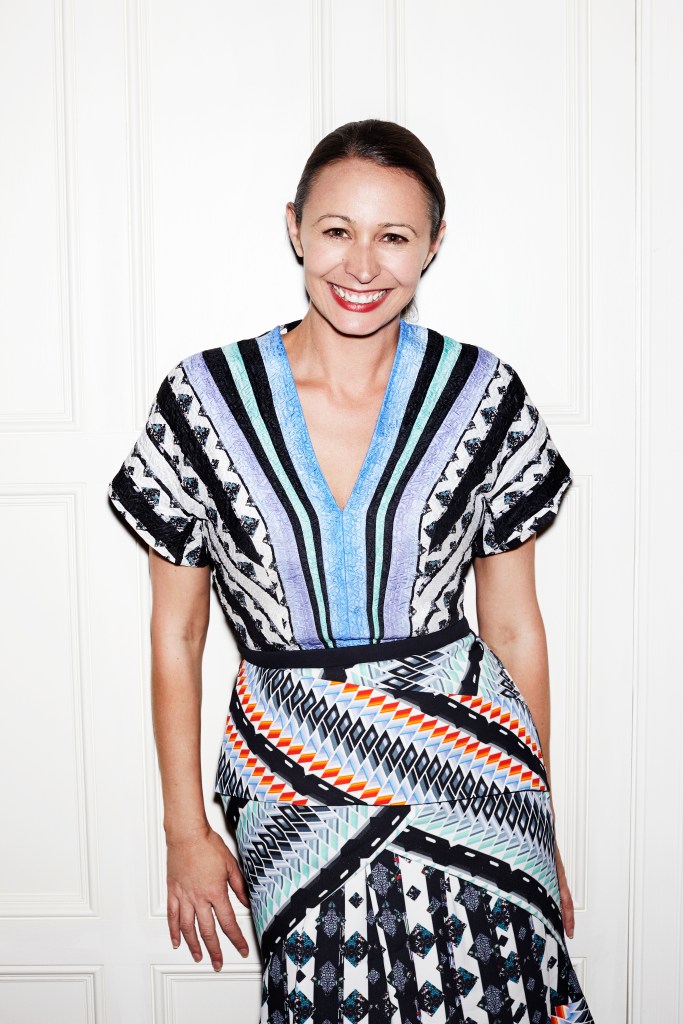