It’s nice to have a fashion or beauty deal to fall back on. 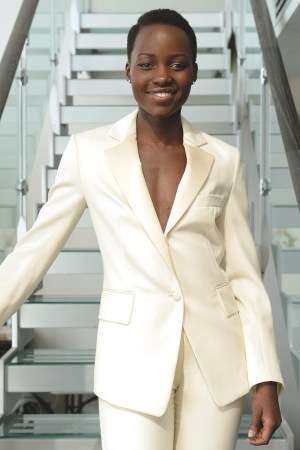 What once represented the pinnacle of an actor’s career has morphed into a stepping stone to achieving another status symbol: the building of one’s own brand in fashion and beauty.

As changing economics in the film, TV and music industries affect how entertainers create art and get paid for it, an increasing number of celebrities are using the glint of an Oscar to try their hand at designing clothes and accessories, moonlighting as celebrity ambassadors and transforming into lifestyle gurus.

Some got an early start. A prescient Prada picked Ethan Hawke, a supporting actor nominee for Boyhood, as well as Miles Teller, the star of best-picture candidate Whiplash, for the spring campaign that it unveiled last month.

Plus, watching peers snare lucrative beauty contracts has motivated actors not to dawdle with opportunities out of concern that their craft be compromised. While nine years passed between Julia Roberts’ winning an Oscar in the title role of Erin Brockovich and making her debut as a global ambassador for Lancôme, Lupita Nyong’o started working with the French beauty brand only a month after she took home the gold statuette last year for her supporting part in 12 Years a Slave.

“Julia was offered, and coveted by, dozens of campaigns prior,” says Steven Lashever, cohead of CAA’s commercial endorsement business, which represents Roberts along with fellow Oscar winners Cate Blanchett and Jennifer Lawrence. “The timing wasn’t right and the opportunity wasn’t right. We matched Lancôme with Julia. It had to be the right kind of relationship at the right time and the right creative.”

Nominated for his leading role in The Theory of Everything, Eddie Redmayne is considered a prime catch, considering his status as a front-runner for the Oscar, past modeling stint in a Burberry ad campaign and penchant for wearing luxury brands ranging from Alexander McQueen and Gucci to Tom Ford and Saint Laurent.

“They all have what it takes if they have something different to say,” says Michael Stone, chief executive of New York-based Beanstalk Group, which handles brand licensing for stars like Salma Hayek and Paris Hilton. “The celebrity has to have some unique selling proposition.”

As it becomes increasingly difficult to fund movies and release albums, celebrities can use their stylish skills to pay the bills. A global ambassadorship can fetch millions of dollars. Rates for apparel licenses can range from 5 percent of sales at a mass-market retailer to 8 percent for a midtier department store to 12 percent for a high-end shop. In social media, a star can receive $10,000 for a one-time tweet to a fan base numbering 600,000 to a million on Twitter, and $20,000 per post for photos distributed to 3 million followers on Instagram.

While many fashion brands will cover travel expenses and gift a stylish getup for a celebrity to wear to a runway show, the lesser-known labels vying for attention might pay between $50,000 and $100,000 for a front-row appearance.

Yet, for every successful celebrity-led brand — Mary-Kate and Ashley Olsen’s The Row, Gwen Stefani’s L.A.M.B. and Jessica Simpson’s namesake venture, for instance — many fizzle.

Harvey Weinstein and Sarah Jessica Parker couldn’t muster momentum for Halston Heritage. Still, in both fashion and film, entertainers need to rebound from duds to hits in a jiffy. Weinstein has moved on to reviving the Charles James fashion label. Through a representative at his film studio, the megaproducer declined to discuss Halston Heritage. Parker, who has since teamed with Manolo Blahnik ceo George Malkemus to start SJP, also wasn’t available for comment.

Regarding Parker, “we don’t see it as a failure, and for her…it was a wonderful stepping stone to taking an entrepreneurial project and being an executive in a company and launching her shoe business,” says Peter Hess, the other cohead of CAA’s commercial endorsement business, who negotiates deals on behalf of the Sex and the City actress. “I do not think it was a ding on her credibility or fashion sense or anything. She looks at it like any artist. They do a film and go on to the next film and next project. That was one project that’s behind her and she’s on to the next project.”

The trend for celebrities to take on the roles of fashion entrepreneurs will certainly accelerate. Not content to settle with their Oscars, Gwyneth Paltrow and Reese Witherspoon have launched their own respective lifestyle brands: Goop and Draper James.

After all, says Brian Dow, partner and head of branding at talent agency APA, “having your own brand is a status symbol.”

And investing outright as Stefani and others have done is an increasingly appealing option to some. Like Stefani, Halle Berry has gone full force into fashion, investing in the 80-year-old Parisian luxury lingerie label Scandale, which made its debut last fall at Target.

But in an interview before the launch, Berry was far from taking all the credit. “People have been doing it — Ashton Kutcher, Bethenny Frankel with Skinnygirl, Gwen Stefani with L.A.M.B. — just not everybody has the desire to go into business in this way. You have to really want to do it. It’s time-consuming. You have to work hard at it. Along with the career you already have, it’s another job, if you will, that you’re tackling. Not everybody has the desire to do that, but I’m certainly not the first.”

Not to mention Jessica Alba’s two-year-old The Honest Co., which is eyeing an initial public offering with a valuation at just under $1 billion, according to Dow Jones VentureWire.

The merits of being a shareholder appealed to Jennifer Aniston, who bought into Boston-based hair-care brand Living Proof in October 2012. “Who doesn’t want to have equity, especially at a company that’s in its beginning stages?” the actress said at WWD’s Beauty CEO Summit last May. Besides her undisclosed financial stake, she also helps oversee brand development, creative marketing and new ideas for the hair products. “It’s fun to be involved creatively from concept to execution, sharing my ideas. After spending 25-plus years in makeup and hair, you learn what works and what doesn’t work, what damages your hair — what you have to mix five products together to achieve.”

The Winners
• Dior scored a quartet of best-actress winners in Charlize Theron, Marion Cotillard, Natalie Portman and Jennifer Lawrence.
• Lancôme built a pretty portfolio around Oscar winners Julia Roberts, Penélope Cruz, Kate Winslet and Lupita Nyong’o.
• What started as a $15 million purchase by the late Vince Camuto in 2005 for the master license controlling the Jessica Simpson fashion brand resulted in an empire that now rings up more than $1 billion in sales across some 30 categories.
• Gwen Stefani: What started as a collaboration with LeSportsac in 2003 has expanded into a multimillion-dollar apparel and accessories enterprise with multiple labels including L.A.M.B., Harajuku Lovers, DWP and Gx. The mother of three is now courting snowboarders with her second collection for L.A.M.B. x Burton.
• The Olsens’ The Row: Skeptics may have snickered when the twins took to fashion in 2006, but the New York-based CFDA members have consistently proved them wrong with their minimalist, chic collection — not to mention their combined net worth of upward of $300 million.
• While Pharrell Williams’ addictive “Happy” tune may have lost in the original song category at last year’s Academy Awards, the hip-hop star has scored with his own fashion brands — Billionaire Boys Club, Billionaire Girls Club, Ice Cream and I Am Other — as well as collaborations with Adidas and Comme des Garçons.

The One-Hit Wonders
• Pop star Rihanna has jumped from Armani Jeans and Emporio Armani to River Island and MAC Cosmetics for design collaborations. Nothing has stuck yet. Perhaps her new gig as Puma’s creative director will change her luck.
• Scarlett Johansson and Reebok: In 2007, the actress launched Scarlett Hearts Reebok, a short-lived line of short-sleeve hoodies and other basics designed to be worn for workouts and/or post-training coffee breaks with friends — sound familiar?

The Flops
• Sarah Jessica Parker’s knack for promoting Manolo Blahnik, Fendi and other fashion brands on Sex and the City didn’t translate well to her yearlong stint as president, chief creative officer and board director of Halston Heritage.
• How many musical artists can count buzzworthy fashion duets with Louis Vuitton, Nike, A.P.C. and Adidas in a single decade? Still, controversial rapper Kanye West’s attempt to go solo with a namesake women’s fashion line in 2012 didn’t hit all the high notes.
• Lindsay Lohan’s surprise appointment as Ungaro’s artistic director in 2009 generated a jolt of media attention, as well as scathing reviews from retailers and editors.
• A bad marriage between celebrity and brand was the case with Angelina Jolie and St. John. The 2006 deal that named Jolie a spokeswoman and was worth a reported $12 million backfired with the brand’s loyal, mature customers. Along with a new image embodied by Jolie came changes in fit, pricing and design. While the actress netted funding for her charities as well as a sales cut during the three-year ad campaign contract, the incongruous association hardly helped the Irvine, Calif.-based company’s sales.

The Up-and-Coming Moguls
• Sarah Jessica Parker bounced back from Halston Heritage by introducing SJP-branded shoes and handbags at Nordstrom and Neiman Marcus last year.
• Reluctant to merely endorse any fashion line, model-turned-actress Cameron Diaz took on not only the title of artistic director for footwear and accessories brand Pour La Victoire but also an equity stake in its parent company.
• Gwyneth Paltrow, Reese Witherspoon and Blake Lively all aspire to become lifestyle gurus.