Staying On The Message

NEW YORK — Casual can be a cash cow for those specialty stores that understand its consumer draw and stick to it.

After all, it’s Gap that is credited with helping to instigate the casual revolution in the Nineties with its stores... 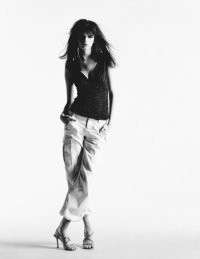 NEW YORK — Casual can be a cash cow for those specialty stores that understand its consumer draw and stick to it.

After all, it’s Gap that is credited with helping to instigate the casual revolution in the Nineties with its stores aimed and merchandised directly at the casualization of America. The San Francisco-based retailer, founded in 1969 as a purveyor of jeans, has captured huge market share by showcasing casual looks like denim and khakis with its signature franchise and Banana Republic and Old Navy sister chains.

Specialty stores own 28 percent of the $26.2 billion casual sector, according to STS Market Research of Cambridge, Mass., with Old Navy and Gap ranking as the top two casual brands nationwide, according to STS.

Gap suffered mightily for 2 1/2 years when it walked away from its roots and became too trendy. Recently, Gap reversed course and its fortunes by going back to basics, reporting its second straight increase in quarterly earnings and a full year of profits. For the fourth quarter ended Feb. 1, income climbed to $248.7 million, reversing an unprecedented loss of $34.2 million in the year-ago period. Sales for the quarter surged 13.7 percent to $465 billion and comparable sales increased 8 percent, with all divisions — Gap, Old Navy and Banana Republic — in positive terrain.

“The whole concept of casual clothes has changed dramatically,” a Gap spokeswoman said. “Where many people used to think of casual clothes as strictly weekendwear, today, great-quality, stylish casual clothes are an everyday need for most consumers. Dressing has become much more flexible, and customers are looking for versatile items that can be worn a variety of ways.”

Marshall Cohen, president of Port Washington, N.Y.-based market researcher NPDFashionworld, said while Gap is heading in the right direction, it is still offering T-shirts and fleece sweatshirts that are too basic and junior-like. In addition, he said Gap is now competing in a more competitive world that offers similar products and in some instances, like at Limited Brand’s Express, at 25 to 30 percent less.

Cohen said leaders in casual specialty retailing include Gap, Old Navy and Ann Taylor. He also said Victoria’s Secret is increasing its share because of the movement to innerwear as outerwear. Others include Eileen Fisher, Express, Abercrombie & Fitch, Banana Republic, Kenneth Cole and J. Crew.

Another specialty store cited as capturing the adulation of the casual customer through its understanding of what product is appropriate for its targeted customer and even, it could be said, anticipating what the next wave could be, is Fort Myers, Fla.-based Chico’s FAS.

Chico’s, which sells casual, comfortable clothing and accessories to Baby Boomer women, has enjoyed strong and consistent sales and profits over the past several years. While most specialty stores said war worries and snowstorms have given a pause to their sales, Chico’s said its spring sales of tank tops, linen shirts and T-shirts are running on or above plan.

“There is no question that response to the brand is incredibly positive,” Pat Murphy, general merchandise manager, said recently on a earnings conference call.

Todd Slater, an analyst with Lazard Frères, said, “Chico’s is doing a great job with an older demographic especially tuned into casual and comfort, the two most important trends in the next 10 years.”

At Express, Paul Raffin, executive vice president of merchandising, said, “We recently intensified our casual offering, including denim and all the components with it, like knits and woven tops.”

He said this year, two big themes at Express are military and surf, based on leading brands like Juicy Couture, but developed for its customers. Raffin said Express will open an in-store shop concept next week that will have “clothes for the sport of seduction,” like cropped pants, mini T-shirts with pockets, terry hoodies and knit bra tanks.

Raffin said Express’ casual emphasis, including jeans, has grown to 50 percent of the mix, up from 35 percent several years ago.

“Gap and Old Navy are taking back market share they lost from some of the big-box players,” Black said. “They are easier to shop and its focus on customer service is only going to make customers more loyal.”

Steve Skinner, a partner at Accenture’s retail industry group, said while he does not see any one retailer as increasing its market share, a few, notably Gap, are taking back “mind share” by reinventing themselves.

He said he credits specialty stores as doing a good job at promoting the casual side of their business as they seize on the opportunity handed to them by department stores advertising their price and value promotions. He noted Gap, Abercrombie & Fitch, Victoria’s Secret, Kenneth Cole and Ralph Lauren for having success in luring in customers, adding: “They are doing well at lifestyle imaging.”

While many predicted the women’s marketplace was moving away from casualwear, the tailored trend has yet to emerge as forcefully as expected, and consumers are left with a lot of options.

Talbots and Ann Taylor, often described as suit destination specialty retailers, have taken it down a notch to comfort clothing.

“AT and Talbots are doing the right thing by getting comfortable,” he said. “That is how America is dressing and what people want to buy.” He said Ann Taylor’s merchandise mix is about half casual and Talbots is “clearly getting into the casual mode.” A spokeswoman for Talbots said the firm has not had a big shift toward casual, but has moved somewhere between career and casual.

“People are looking for options to dress either up or down, so the twinset has replaced a jacket, and [is] used for weekend or [to] go to work,” she said.

Talbots’ new advertising campaign focused on its more-comfortable, relaxed-fitting pieces, as seen in its current ad showing a woman in a safari-style suit, a look that exemplified career casual when it emerged in the Nineties.

“Talbots has increased its mix of casual and is benefitting from it. It has positioned itself in front of this trend,” said Slater of Lazard Frères.

However, Cohen said the push toward casual could be an Achilles’ heel for retailers. He said the last two big trends — khakis and warmup suits — are retrends, sell at lower prices and are add-on items that do not spark whole wardrobe purchases like tailored or classic styling that requires the right pants, jacket and sweater.