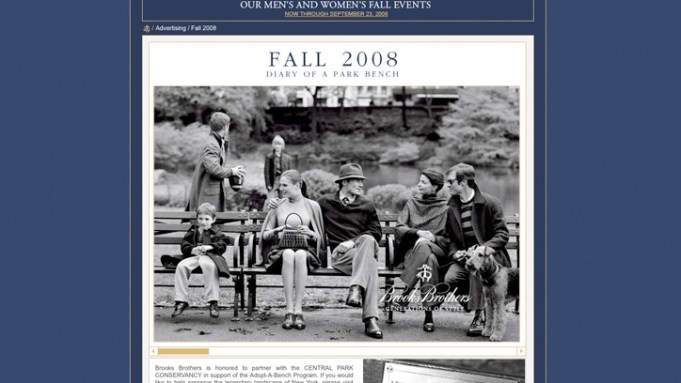 One prominent pollster, a Baby Boomer, is critical of his generation’s self-indulgence. A slacker-embracing, 41-year-old writer is unapologetic about descriptions he considers fitting for his fellow Gen Xers: ornery, skeptical, detached. And legions of Millennials, a cohort typically seen as team players, are readily acknowledging a significant self-indulgent streak.

The pollster, 60-year-old John Zogby, casts a negative eye on his fellow Boomers’ quest for perpetual youth and rues the rise of celebrities at the expense of role models. The writer, Jeff Gordinier, author of the recently published “X Saves the World” (Viking, $21.95), says Xers, many of whom have griped about being misunderstood, are actually more in danger of being overlooked.

The country’s three youngest generations are in flux. People’s perceptions of themselves and others are shifting as they gear up for new stages in life: retirement (in whole or in part), middle age and young adulthood. It’s getting tougher for marketers, among others, to connect with these groups, even as the stakes climb higher.

In a new Harris Interactive poll, roughly 4,000 adults this spring characterized the Baby Boomers as having the “most positive effect on society,” despite their reputation for self-absorption and materialism. Generation X was said to be the “most innovative,” quite unlike its long-running rap as being cynical and ironic. The Millennials — including six in 10 of the group itself — were seen as “most self-indulgent,” even though they’re commonly compared with the World War II generation in their willingness to pull together in a group.

Attitudes about ageism came into question, as well. Both the Silent (ages 64 to 84) and World War II (85-plus) generations were described as the “most widely admired.” Possible explanations, provided by Harris, include the generations’ status as parents and grandparents; the realization we are all going to get older, and the reality that children have generally received more money from their parents and grandparents than they themselves have given to their elders.

“We are living at a time when we have five generations all communicating together,” said Marshal Cohen, chief industry analyst at The NPD Group. “The last time you had this level of communications was [early in the 20th century] when all the generations lived together in one house. One of the key things is understanding how to communicate with an older person who influences a younger person.” In the consumer researcher’s view, for instance, the Silent and World War II generations are a significant influence on younger consumers, even as the Baby Boomers, known for having a good rapport with their Millennial offspring, have become leaders of corporate America.

For the most part, brands are not effectively speaking to the varied mind-sets of specific generations, said marketing executives, generation experts and consumer researchers. Among the relative few doing it well, in the eyes of Tom Julian, president of marketing agency Tom Julian Group, are technology and entertainment (reaching the Millennials); brands with an “attitude,” including beverages and food (Generation X), and automotive, travel and financial services (Boomers).

A widely televised campaign comprising three commercials for the sporty Honda Element (billed at honda.com as “built for those who live their own unique way”) was intended to lure consumers in their 20s, but wound up attracting a lot more in their 40s and 50s, Cohen related. One spot shows a man giving his wife a conventional peck on the cheek as he leaves home, making a casual bungee jump into a canyon and coolly hopping into his Honda Element upon landing. In the wake of the TV campaign, the SUV has been bought mostly by people 45 and older, Cohen said.

While the fashion business has long marketed style to people based on their age, most notably young consumers, it has not nearly as often addressed people as members of a generation. Current exceptions include Brooks Brothers and Eileen Fisher, both of which have made cross-generational appeals focusing on what different generations have in common — including, perhaps, an interest in wearing the brand’s clothing.

With people’s place in a generation influencing how they see things and what they buy, the “symbols and images” a group grows up with remain present in their mind’s eye as they move through life and give them “a particular [sense of] style,” observed generation expert Neil Howe. Applied to generation-aimed marketing, such imagery can be “very relevant,” he contended.

Blatant appeals have been made to the Boomers, for instance, by financial services firms via pop culture cues referencing the Sixties and Seventies, including the association of Ameriprise Financial with Dennis Hopper and motorcycle imagery; Fidelity Investments with Paul McCartney and his music, and Freedom 55 with backpacking parents — who in departing ask their kids to keep in touch.

Boomers now in positions of power at advertising and marketing agencies are, in many cases, “glorifying a generation in advertising that often targets midlife Boomer affluence,” noted Howe, a 56-year-old member of the cohort himself. “They’ve done this all their lives,” he said, “from the proclamation of themselves as a new generation with new attitudes and sensibilities in their youth, to their preoccupation with generational images, events and sounds” playing out in targeted ads today.

At Charles Schwab & Co., which, with consultant Age Wave, commissioned the Harris poll, 55- to 62-year-old Boomers, many of them confident about retirement, are being courted with the message: “Talk to Chuck.” Reluctant Gen X investors, by comparison, are being targeted with another take: “Big account. Small account. They all count.” (The cross-generational Harris poll found adults think they’ll need $500,000 to live comfortably in retirement — about twice the median net worth of the Boomers nearing retirement years.)

“We’re seeing marketing increasingly driven by generational considerations,” Geoff Meredith, president of Lifestage Matrix, said. “The coming-of-age years of the Baby Boomers are coming to the fore.” Beyond images and sounds, speaking to one of a group’s defining values can create common ground for otherwise “bipolar opposites who will never meet,” Brent Green, president of marketing agency Brent Green & Associates, said, citing John Kerry and Rush Limbaugh as examples. “They are Baby Boomers with an anti-authoritarian outlook.”

The American Dream, long defined by prosperity, is becoming more spiritual than material for almost four in 10 adults, primarily the Boomers plus some older members of Generation X and younger members of the Silent Generation. At the same time, a distinctly global perspective is emerging among 18- to 29-year-olds, according to Zogby, who addresses such changes in his new book, “The Way We’ll Be” (Random House, $26).

In an interview, Zogby said these trends have accelerated in the past few years, after surfacing 10 years ago.

More than half of these young adults, whom the pollster has dubbed First Globals, hold passports, for example. About one in four expect or hope to live in a foreign capital at some point. “This group was as likely to call themselves citizens of the Planet Earth as of the U.S. It was a clear distinction” compared with other generations, Zogby observed.

“Fewer and fewer Americans care where an item was produced,” the president and chief executive officer of Zogby International continued. “Old pitches like ‘This is my country,’ work less and less,” he added of language like that used in a recent Chevrolet campaign. Prior to problems with food, toys and other things imported from China, Zogby found young adults were expressing “a fascination with China and had come to grips with the fact this is where things come from.”

Jill Glover, president and executive creative director at fashion ad agency Glover Group, for one, noted a lack of advertising that addresses the Millennials as a group, rather than as individuals. “It’s important to send a message that says an individual is located in a community,” she said.

As for those 86 million people for whom the American Dream is now “measured in spiritual fulfillment, rather than traditional material concerns,” Zogby said in the interview that these secular spiritualists can no longer be considered as open as they once were to the daily barrage of ad messages. “Given that Americans have so long been defined by the desire to acquire and a willingness to uproot self and families in search of better financial opportunities, I find this remarkable,” he writes in “The Way We’ll Be.”

Those who view the American Dream in material terms haven’t exactly vanished, though. They still account for about one in three adults. And of those whom the pollster/author calls spiritualists, the majority, 62 million, are making less money than they once did and are now in a period of “readjusting.”