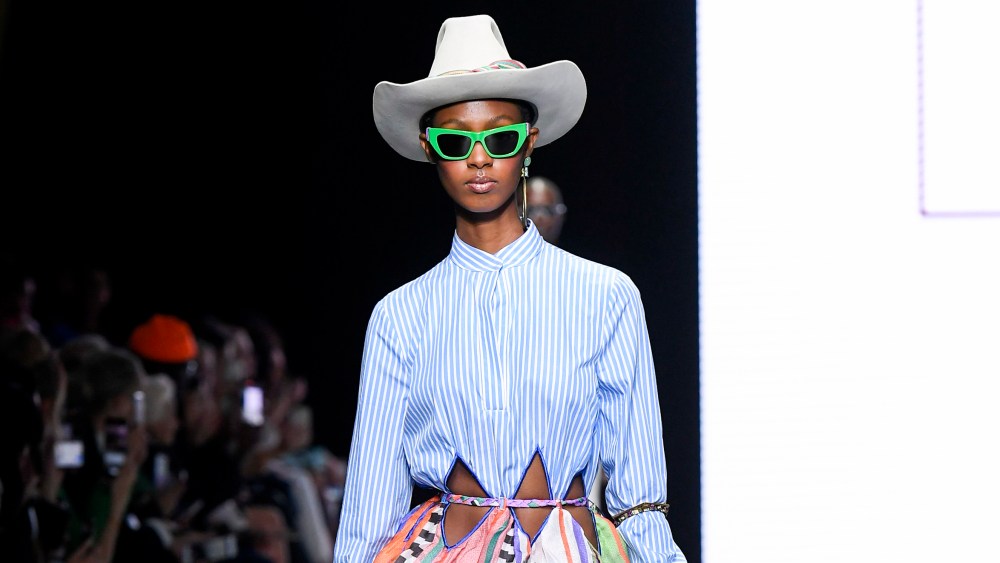 In 2020, Stella Jean pledged to only return to the runway when she would no longer be the sole Black designer on the Milan schedule.

She and Edward Buchanan, as well as Michelle Ngonmo, are to be credited for igniting a change within the country’s fashion system when they established the We Are Made in Italy, or WAMI collective, and soon thereafter got the support of the Camera Della Moda.

On Friday night, their dream came true as the collective mounted a show combining displays of Buchanan’s Sansovino 6 latest collection — hinged on denim that was distressed, bleached, acid-washed and worn back-front — Jean’s spring effort, and several looks by the Fab Five, the moniker used by the collective each season to identify the five designers with migrant backgrounds selected for the talent support program.

The general elections on Sunday have marked the entire Milanese week — with some designers using their fashion or their voice, and Instagram handles, to highlight the importance of taking a stance and voting.

Said Jean backstage: “It’s less than 48 hours until the elections, which are probably going to mark a disruption. This is a signal of presence. Multicultural Italy exists, works and contributes to the economy.”

A broader group including Claudia Gisele Ntsama, Mokodu Fall, Karim Daoudi, Joy Meribe and Neha Poorswani sent down the runway tribute looks to Giorgio Armani, who in 2013 invited Jean to showcase her collection at the Armani Teatro during fashion week.

“I sense that they are proud to be part of made in Italy, they feel they have the responsibility,” Jean noted.

The Haitian designer, who presented a spring collection inspired by her Haitian roots, reprised her signature look of print-bearing full skirts with crisp cotton shirts and chic puffy-sleeved blouses and frocks. She said Armani has proved “how fresh his mind and thoughts are.”

The Italian designer will offer one of the Fab Five the opportunity to intern at Emporio Armani.