Stella McCartney spells out her brand's “alphabetized manifesto,” with a little help from her art-world friends.

For her A-to-Z manifesto, Stella McCartney enlisted artists from around the world to each create the imagery for a letter. Hajime Sorayama created "S" for "Sustainability."

“S” is for “Stella.” It’s also for “Sustainability,” and Succinctly Spelling out your brand ethos.

For the past two (normal) runway seasons, guests of the Stella McCartney show in Paris found on their seats a packet including traditional show notes — succinct musings on fabric and silhouette — and an “Eco Fact Sheet,” a mini-dossier noting the brand’s ethos and environmental initiatives.

Now the designer has further distilled that ethos into “A to Z,” literally an “alphabetized manifesto” that codifies the company’s DNA in 26 words while spelling out a fluid roadmap for the future. Beginning Saturday, McCartney will start teasing A to Z on Instagram, posting one letter each day while spelling out “S-T-E-L-L-A”:

She will release the rest of the alphabet beginning Oct. 8, the day she unveils her summer 2021 collection. (McCartney calls the runway season “summer.”)

Of course, McCartney is not only an environmentalist and one of the industry’s most high-profile and vocal purveyors of ethical fashion. She’s also a stalwart creative who believes in the power of visual imagery to communicate; after all, visual communication is her job as a fashion designer. It’s the job, too, of her many friends who are denizens of the art world, and she enlisted a coterie of them — some major names; some just starting out — to each create a graphic of a letter to accompany an alphabet entry. Twenty-two artists from around the world designed letters for the project; four letters were previously existing works. Those with art spelling out “Stella” include, in order, Japanese artist Hajime Sorayama, whose piece featuring an S-wielding robotic hand is revealed here; William Eggleston; Cindy Sherman; Linda McCartney, whose 1975 self-portrait is also here, and Rashid Johnson.

“L” gets two words, at least for the initial tease. The first, “Linda,” references the designer’s late mother, and is followed by “Love.” The manifesto highlights the various forces, inspirations, goals and fashion codes that have coalesced into the Stella McCartney brand identity. Its essential tenets of environmental consciousness and cruelty-free fashion have their roots in the unwavering values espoused by Linda and Paul McCartney and on which they raised their children. 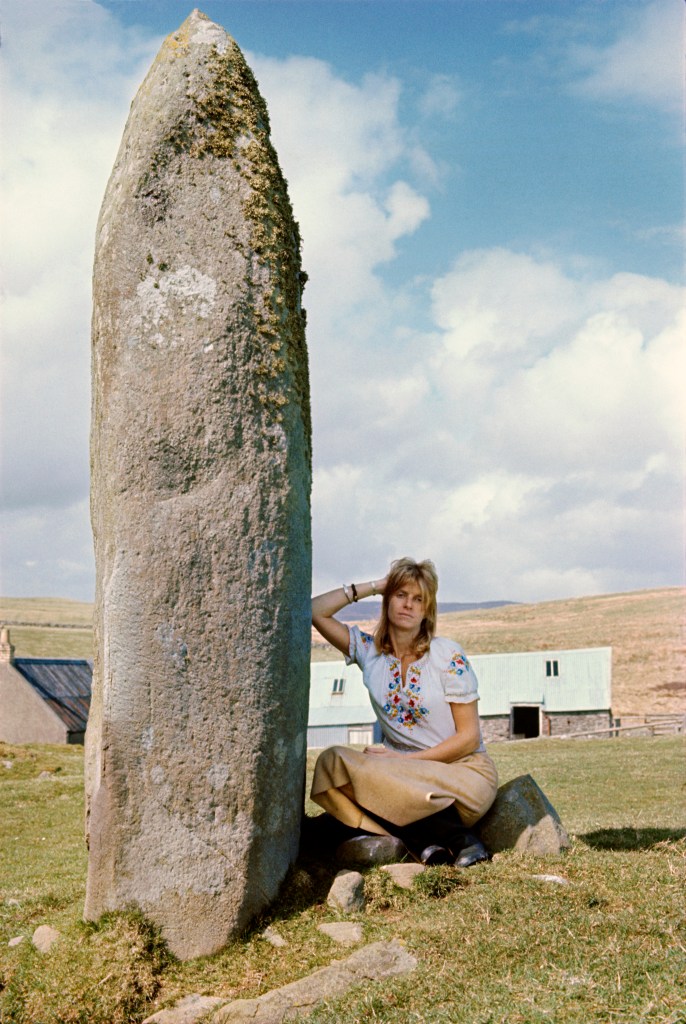 The alphabet idea came to McCartney during the early days of lockdown when, like so many other people, she found herself ruminating on matters both existential and mundane. “I had time to pause and reflect on what really matters,” McCartney said. “I put into words what defines what we love, know and believe about fashion — an A to Z of Stella McCartney.”

McCartney views the carefully chosen litany as a “guiding alphabet to hold ourselves accountable for our values, what we do and where we want to go, while always producing the most desirable and sustainable fashion that can be cherished forever.” The range of words reflects her belief that fashion must be equally responsible and joyful. She has long made the case that the human urge to self-adorn is innate, and that it’s OK to desire and acquire beautiful things, particularly those intended to last. (“T” is for “Timeless”). One can respect the environment and observe resultant codes of behavior without living in a constant state of self-denial. “It’s allowed; we’re allowed to consume,” McCartney told WWD in April. “What we need to do is consume in a better way.”

In a sunrise-sunset moment, A to Z is timed to the Stella McCartney brand’s 20th anniversary in 2021. Immediately, the alphabet will resonate in McCartney’s upcoming collection, in ways not clearly spelled out, save one: The lineup will feature some zero-waste and limited-edition items that make use of upcycled and repurposed materials. At some point, the artwork will be displayed in some of the brand’s stores. In her statement, McCartney said that she views the project as a “progressive visual narrative” that will continue to evolve and to inform her perspective and the company’s activities for years to come.

McCartney spoke to that ongoing process back in April. “I’ve always had this really difficult dilemma where it’s like, if I do things mindfully and ethically and environmentally, [does] that mean I’m not allowed to have a successful business?” she mused. “But I believe now more than ever that my business model should be more people’s business model.…I need to set an example, I need to show people that you can have a healthy business, you can employ people, you can employ mills in Italy, you can work with farmers all over the world. You can create commerce in a more conscious way.”

“S” is for “Staying True” to one’s values, and it’s at the heart of the Stella McCartney brand.