Stella Takes a Trip to Milan, With Men’s and Resort in Tow

The designer is hosting a show of her summer 2019 men's wear and resort in a mystery location on the last night of men’s fashion week. 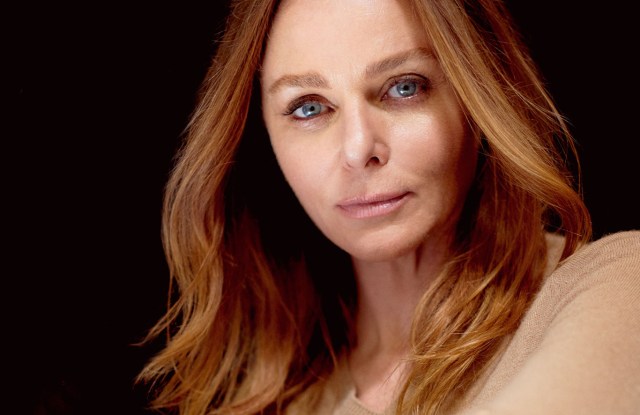 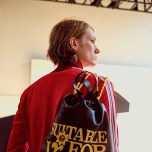 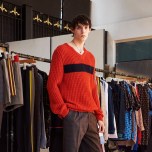 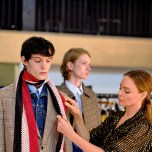 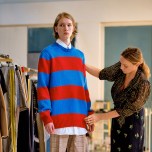 Four years after showing her women’s resort collection in the maze-like botanical garden behind Milan’s Palazzo Brera, Stella McCartney is touching down in the Italian fashion capital once again — and with a whole new point of view.

This time, she’s armed with her men’s collection, which launched in late 2016 and marries British tailoring, whimsy, bold color and the soft edges of Sir Paul McCartney’s Sixties and Seventies wardrobe.

McCartney’s men’s collection started life as a see-now-buy-now offer, but the designer has since shifted to the seasonal calendar, and showed it for the first time on the runway during her fall 2018 ready-to-wear show in March. McCartney has also added swimwear, under license from the Italian company ISA, to the mix.

On Monday in Milan, she’s planning to go coed, again, this time with a simultaneous presentation of her men’s spring 2019 collection and women’s resort 2019 collections at an as-yet-unnamed venue between 8 and 11 p.m.

Although the two collections speak to each other in many ways, McCartney acknowledges that men’s is still in a fledgling stage.

“The Stella man is in our life and we love him, and we had to find our feet. I feel like, with this collection and the last couple, we’ve really embraced him. Him being on the runway was a real commitment from us,” said McCartney, who was dressed in a silvery top and a pair of her men’s ragged-hem jeans during an interview at her new Bond Street store. “Our woman has gone from a sprint to a jog, and now she’s on a long distance run. And she’s got a great pace. We now want our man to find his pace within the house.”

The men’s collection sells through 100 accounts, including Lane Crawford, Barneys Japan and Mr Porter. There are also shops-in-shop at Harrods and Galeries Lafayette. It also sells at 14 Stella McCartney stores.

McCartney designs her men’s clothes to be timeless and to have a distinct British-ness about them. She describes them as “rooted in music, in British tailoring, and in Savile Row,” where, early in her career, she worked for her father’s longtime tailor Edward Sexton.

McCartney said her man “has a youthfulness and a maturity,” and the collection reflects “the kind of men that I’m around — my sons, my friends, my working colleagues, my husband and my father,” she said. “He’s cool, he’s relevant, and he nods to all things British, all things that I’ve grown up with. There’s a ska boy and a reggae one, too. He can mix a beautiful bespoke Savile Row double-breasted, navy blue jacket with a pair of more causal trousers with a slouch, and a kind of effortlessness.”

Spring 2019 features a mix of denim and tailoring, including suits with a barely there patchwork inspired by a blanket of swatch samples from one of her fabric mills. “It’s so subtle that you can barely see it,” she said, pointing to a jacket made from dark blue and brown squares. “For me, it’s important that there’s a real subtlety in the men’s wear, but also a twist. What you see with that jacket isn’t necessarily what you get — and that’s really important.”

Looks include denim jackets layered under tailored ones, and argyle knits paired with loose check overcoats. Other knits are ribbed or striped and slouchy. They’re also bright — there’s no room for the wallflower in McCartney’s world.

There are printed organic cotton shirts with a hippie feel, and others that resemble pajama tops. Vine embroidery winds down the front of a cotton shirt, while a delicate, laser-cut leaf pattern adorns a zip-front sweater.

Asked what made her return to Milan this year, McCartney said the timing was right. “A lot of our manufacturers are in Italy, a lot of these fabrics were created in Italy, and a lot of people who work in the house of Stella McCartney are Italian. They’ve all embraced us from the start,” she said.

The women’s resort collection mirrors the men’s in many ways. There are fluid shapes, sporty knits with zip-front tops and chunky-soled sneakers. Tailoring plays a big role, too, but with a feminine spin thanks to broderie anglaise and embroidery.

Accessories play a major role, with McCartney particularly proud of her see-through, high-heeled shoes, which are PVC-free. “I challenge you to ask any other house to do a non-PVC clear shoe. No one is making that product right now because it’s too hard. It takes years to master because the material is so much softer. But we’re facing and addressing the issue. We’re creating an alternative,” she said.

She’s also planning to launch the brand’s first logo bag — minus the PVC coating that other luxury brands use — with her named spelled out diagonally on styles including the signature, double-chain Falabella bag.

“We’ve always avoided logos because it’s hard to make a good monogram and we don’t take our logo lightly. I wanted to work on one that I could use forever. We look at staying power and the house when I’m not here. And I want to make sure that the monogram has an importance to me.”

The designer has been spending much time thinking about the future, and what the house will be like without her. That’s one reason why she announced in March that she plans to split from her 50/50 venture partner Kering after 17 years.

She’s now in the process of buying back Kering’s 50 percent stake in order to safeguard her name and challenge herself to build an independent business.

“I have four children, I have this name and to have the opportunity to take control of the business that bears my name is extraordinarily exciting. To be afforded that chance as a designer, as a woman, as a mother of four, it’s something I had to take on,” she told WWD at the time.

Right now, she’s relishing one of her favorite parts of the fashion year. “Spring and autumn are when we go on the road [with pre-collections], and we have these kind of touch points with the world. It’s a huge part of our Instagram account, and how we communicate with people,” she said. “It’s also an opportunity for us to do something weird — and fun.”