The British designer and Dior milliner’s fall 2021 collection is an homage to the French feminine mystique.

Jones isn’t making many cross-Channel trips these days, but that hasn’t dampened his creative impulse, or his love for France. The designer is taking part in London’s digital fashion week, with a 15-minute film that shows him, together with his team, making the fall 2021 collection called “French Kiss” — a salute to the country’s feminine mystique.

“C’est mon amour de la France,” says the designer in the film, where he shows off stylish creations including a Napoleonic bicorn with a gently undulating rim; a lineup of dark roses arching gently over the nose; a satin beret and delicate, feathery designs inspired by Audrey Hepburn in “My Fair Lady,” and the Bluebell dancers at the Lido in Paris. 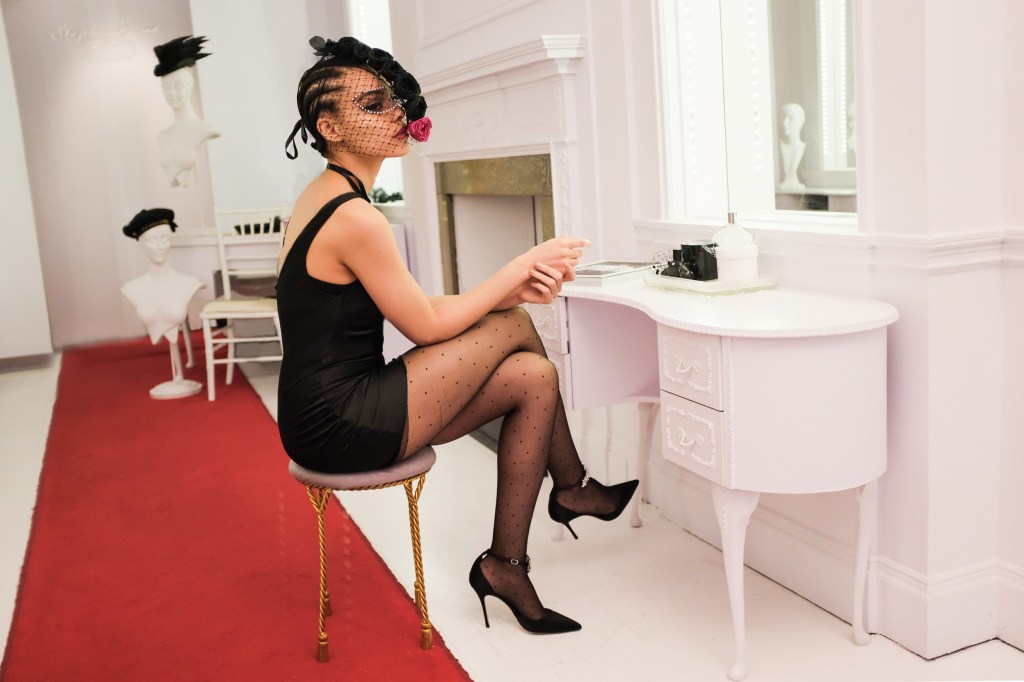 The black-and-white photographs of Henry Clarke inspired one design that looks as if it’s ready to fly away: it’s a black bowler hat with pheasant feathers like lightning bolts shooting from the sides. There are also trilbies sprinkled with  raindrops, “ready for a louche promenade in the Jardin de Tuileries,” and an haute couture velvet “croissant” for ladies who consider food to be just as important as fashion.

In an interview before the film’s screening, the cheeky Jones said he was inspired by the idea of a woman making love naked, but still wearing a hat with sexy, quivering feathers.

“This collection is more about the Parisienne attitude that certain hats can give you when you put them on. It’s the idea of France — the seduction, the allure — but it’s not too historically referenced,” said the designer. “I have clients like Cardi B, and they want an extravagant statement.” 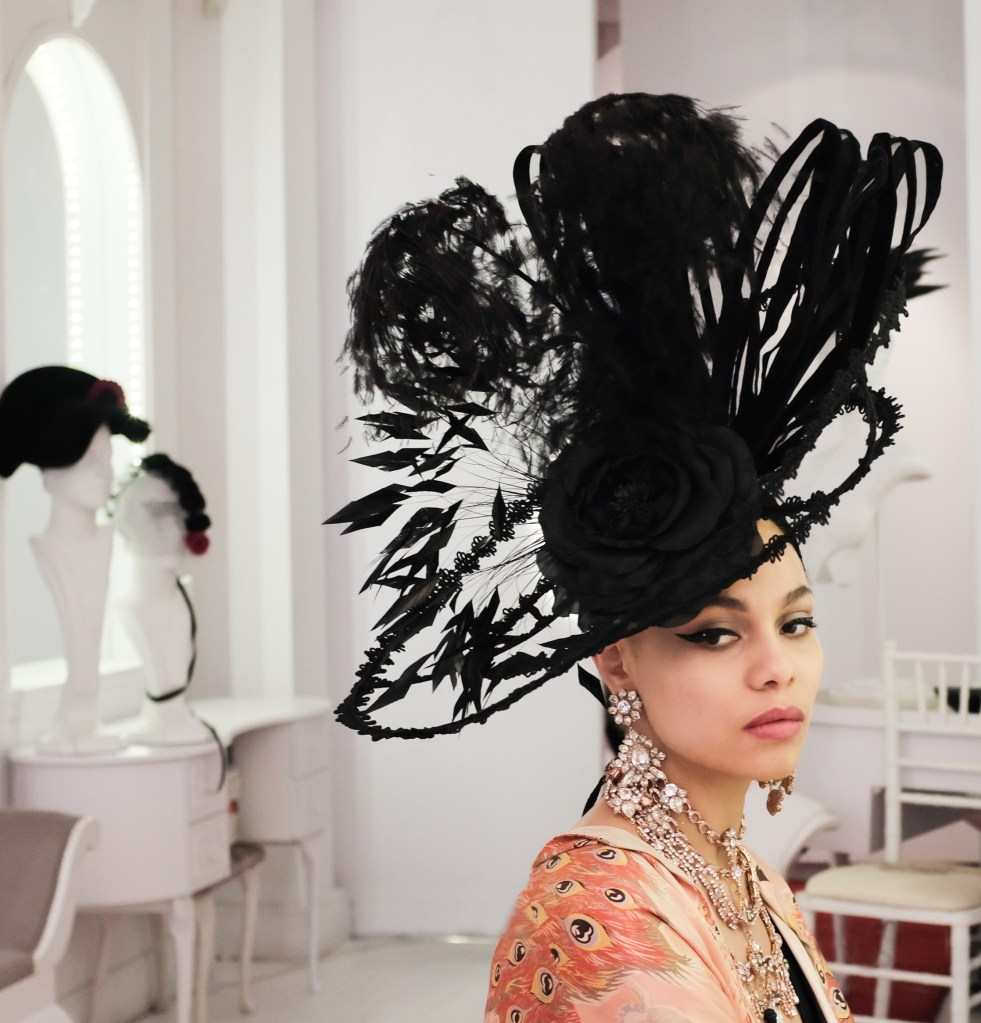 The palette is narrow — black, pink and red. ‘‘French chic is wearing black. But when French chic is getting undressed at the end of the evening to make love, maybe (she’s) wearing pink and red,” said the designer.

In September, Jones will mark 25 years as directeur création chapeau at Christian Dior, and is planning an event in France to mark his long relationship with the country.

In the meantime, and despite the lockdown, he’s pressing ahead with his Dior work over Zoom, and taking bridal orders from around the world. “Most people put off their weddings until 2021, and we’ve been inundated with inquiries for bridal hats,” the designer confessed.