Stine Goya on Rethinking Scale — and the Runway

LONDON — Denmark may have been among the first countries to start easing its lockdown, but as Copenhagen’s designers make their way back into their studios they’ve been taking extra care not to ease back into old habits.

Stine Goya, one of the city’s most commercially successful labels, is ready to write a new chapter — which involves becoming a smaller company.

The label has made the decision to skip the next two Copenhagen fashion weeks, WWD has learned. The announcement is the culmination of a series of changes the brand has been making since the country went into lockdown in March, from cutting the collections by more than half to downsizing its headquarters.

The brand has been one of the most visible players on the Copenhagen fashion scene and has been pivotal in building the fascination around the Danes’ free-spirited, joyful approach to dressing. Its accessibly priced dresses, usually done in extra-bright colors and patterns, have helped it amass a growing network of stockists — including Selfridges, Harvey Nichols and Net-a-porter. Despite its growing popularity, taking a step back still felt necessary to its founder.

“We have decided, within the next year, to scale down and be a smaller company. We need a new vision going forward, so we don’t just fall back to where we were before COVID-19. We want to redefine our purpose — and if that means being a smaller but more sustainable company, then that’s our new project,” said Thomas Hertz, the label’s chief executive officer, who runs the label alongside his wife and creative director Stine Goya. 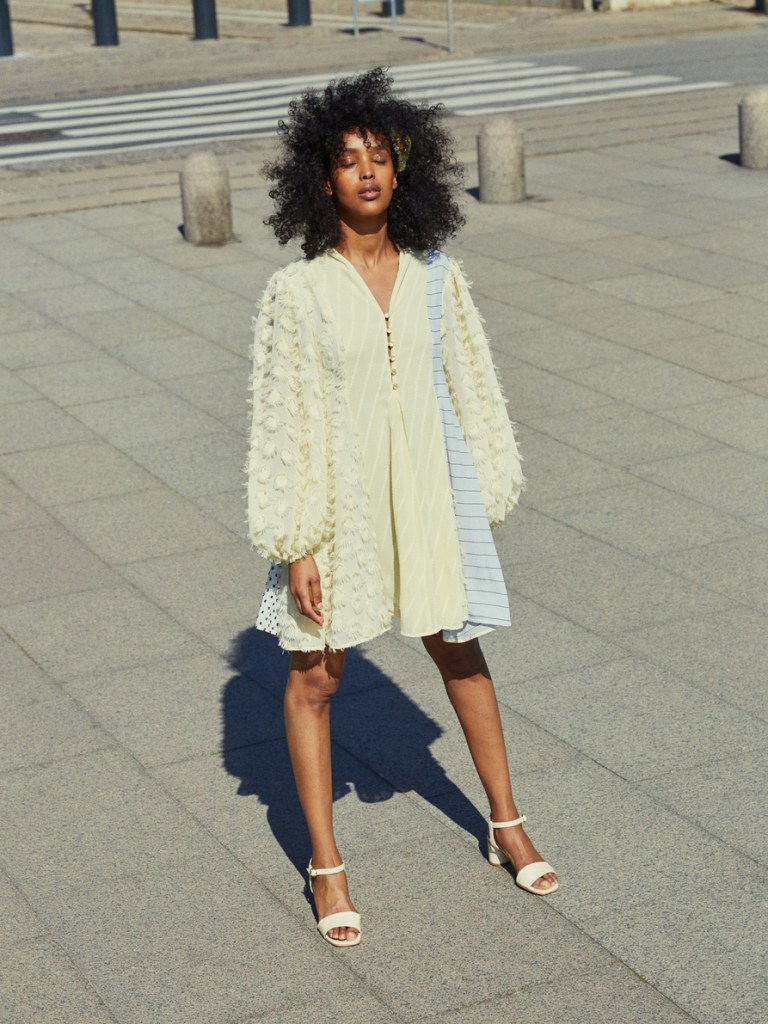 Their approach reflects a collective sentiment among Denmark’s creatives, who have been leaning further into their sustainability commitments as a result of the pandemic and becoming even more willing to slow down.

In that vein, fellow designer Cecilie Bahnsen has decided to forego a resort 2021 collection in favor of a Studio range, created using deadstock fabric that was already in her studio. It’s set to debut in November.

This open approach toward change — and willingness to talk about the process even without having all the answers — could set a blueprint for the rest of the industry, in the same way that Copenhagen Fashion Week’s ambitious sustainability plan did earlier this year.

“There’s not a single management meeting where we’re not looking into shifting delivery dates or reviewing the number of drops and styles in our collection. Everything is very much up in the air at the moment, but we like the discussion going on. The issues are becoming more visible, it just seems that everyone is waiting for each other to see how they will act. There is a will to change, but also some hesitation and fear of what one might lose,” added Hertz. “Maybe change should come from the smaller companies.”

Instead of playing the waiting game, Stine Goya wanted to be more vocal about its decision to skip the next two fashion weeks in order to reinforce its commitments to long-term change — and to get the industry’s wheels rolling.

“We thought it was the responsible thing to do, because of the pandemic but also [for the sake of] sustainability and starting some kind of discussion within the industry. There should be a more permanent impact on how we work, hence the decision to not only cancel one, but two, shows,” said Hertz. “Even before corona, we’ve been thinking that there was this craze around spending so much time and resources on these shows twice a year.”

What will the alternative to a fashion week show look like for a smaller-scale label like Stine Goya?

That remains a question mark for Goya and Hertz, but the opportunity seems to lie in experimenting with different types of storytelling and addressing the end-consumer just as much as they do the press or retail partners.

They are also certain about what they don’t want: Going the predictable route, creating a traditional fashion show set up and streaming it online.

“That’s not a very creative way of thinking about digital,” added Hertz. “You should create content, showing the brand’s universe. As we move into a more sustainable direction, we will also try to reposition the story around the brand. It could be a film or pictures or podcasts or whatever, and we can make it more relevant by using that content we spent so much money producing, to also target consumers.”

“The interest might be different now, with a lot of people not being able to travel. It would be interesting to start thinking a little less about specific dates and broadening it out, so everyone can benefit from Copenhagen Fashion Week as a strong framework within which to share content,” added Hertz.

As they press pause on fashion week, the duo has been able to think about designing collections differently.

“We want to show the core of what we stand for, instead of having big collections. We’ve cut back by 50 percent and edited the collection down to key styles. At the beginning, it feels like you’re killing your darlings, but the end result is strong and what you want to say becomes more clear,” said Goya. 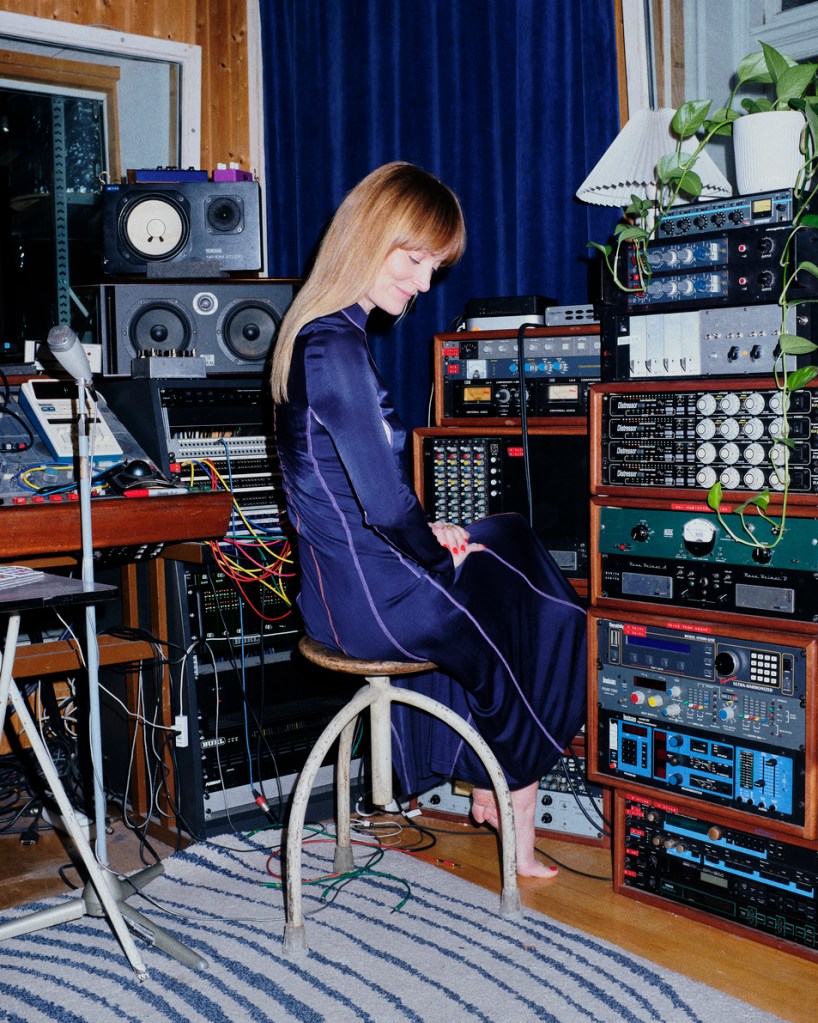 “Instead of 16 pairs of shoes we now do five — but they’re the right ones. I almost feel it’s easier now: Before we just got carried away designing. Now we look at each other and ask, ‘Is this a right pair of shoes?'” she added.

There’s a risk in this shift in direction, in having fewer options to satisfy the brand’s diverse range of wholesale partners, which range from big department stores like Liberty and Selfridges to small, independent boutiques.

As retailers are all looking to cut down their buys and brands are having to increasingly rely on their own channels, Hertz believes this is a risk worth taking.

“The financial pressure has been taken away because we’ve now realigned costs to the current situation. What we hope is that clients will buy from us and understand that they don’t need this very big collection in order to make a good edit,” he said.

In addition to reducing the scale of collections, the brand also wants to use this shift in gears to accelerate its sustainability commitments. Having already started to incorporate more recycled and eco-friendly fabrics into its ranges, as well as experimenting with higher-priced fully sustainable capsules for the last few years, it will now start putting more focus on measuring its carbon footprint, creating new strategies as to how many fabrics are used within a single collection, as well as work with its team to make its offices more sustainable. 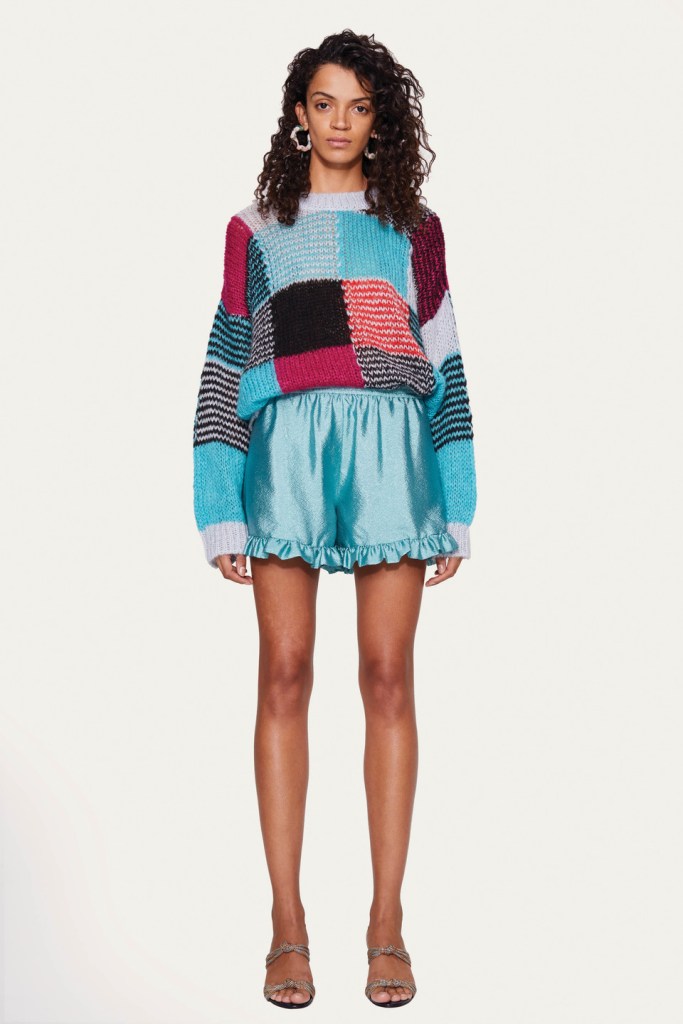 In a sea of change, Goya and Hertz have also found something to anchor the brand: Maximalism.

“There’s a lot of talk about this pandemic leading us toward more minimalist fashion and solid colors. But in our case, that means injecting even more color and more electricity into our DNA to add joy,” said the designer.