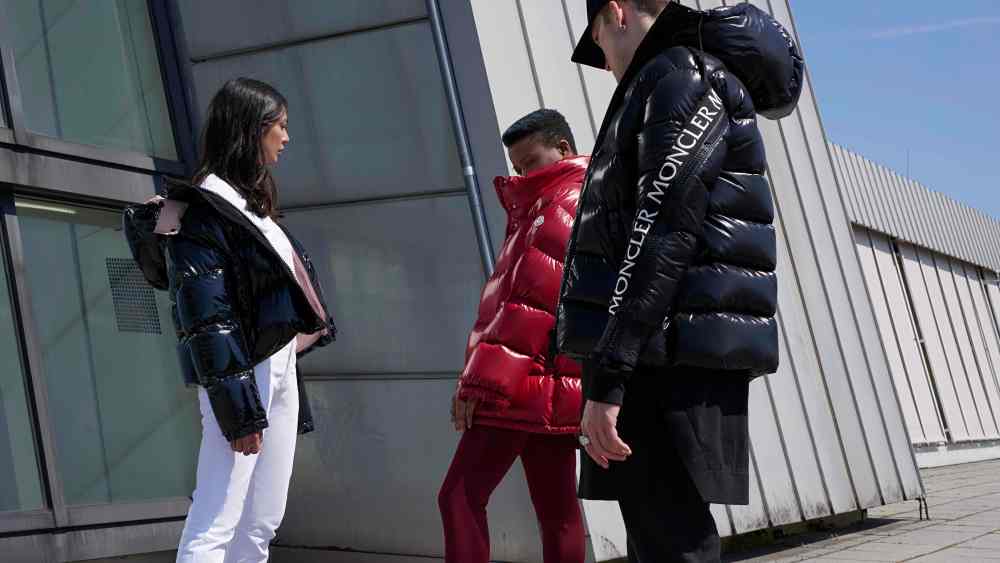 LONDON — Playing hard to get has worked for eons in the game of love, and now it’s proving the strategy du jour for brands and retailers hoping to woo a younger, impatient audience that’s chatty, community-minded — and easily bored.

Selfridges, Barneys New York, MyTheresa.com, Stylebop.com, Louis Vuitton, Givenchy and countless others have been swiping strategies from sneaker and streetwear brands, using push-pull tactics on customers, nurturing a sense of belonging and creating a halo of rarity around products to fuel desire and sales.

Those tactics are not exactly new, as anyone who has witnessed the sleep-deprived — and defiant — customers gathered outside H&M stores ahead of its big designer collaborations, would attest. The thrill of being right there when the Stella McCartney, Jimmy Choo, Versace, Marni — and now Erdem — merchandise drops, and the buzz of buying something rare — and maybe resselling it at a profit — can be hard to resist.

Nike, Adidas and Puma have long been pros at pumping out limited-edition footwear collaborations, teasing them on social media and then watching as products evaporate from shelves, only to be resold online at 10 times the price.

It’s no mystery, then, that the big brand names have been following in the wake of their footwear and streetwear cousins when it comes to design and selling tactics.

“What you’re talking about is smart marketing, and the streetwear brands are successful at it. They create hype and limit availability, which ensures a very fast sell-through,” said Toby Bateman, managing director of Mr Porter. “Nike has been doing it for years. They’ll only make a couple of thousand units of a certain sneaker, and then allocate 100 pairs to a few retailers worldwide.”

In September, Givenchy said it was planning to drop monthly capsules of exclusive merchandise on its revamped e-commerce site, while Selfridges and A$AP Rocky opened a New York-style bodega for only 10 days earlier this month. It was packed with Rocky’s favorite things, ranging from Krispy Kremes and Twinkies to Twelvyy T-shirts and sweatshirts. At one point the music star even manned the cash register.

Later this month Barneys New York will stage a two-day event known as The Drop at Barneys in partnership with the streetwear-driven web site Highsnobiety. It will give customers the chance to pick up exclusive merchandise, meet designers and partake in experiences related to food, lifestyle and music.

On October 25, MyTheresa.com will launch the Gucci DIY service online, offering customers the chance to personalize the Ace leather sneaker with their initials in one of six colors. The service will run for two weeks.

Industry observers have called the steady drip of hyped-up, limited-edition merchandise “see-now-buy-now in the purest sense,” and argue it’s an easy, low-risk way for big names to deal with younger consumers’ needs without changing their main manufacturing and delivery cycles.

According to Chris Kyvetos, founder of the retailer Sneakerboy and buying director at Stylebop.com, the big, establishment brands are simply moving with the times.

“The entire industry is slowly gravitating to the ways of the next generation of consumer with regular and unexpected product releases, cross genre collaborations, marketing and activations,” he said. “You simply can’t rely on feeding a generation of consumers two, three or four collections per year. They are used to weekly drops in sneakers and streetwear, and almost everyone needs to compete at that level now.”

Most recently, Stylebop did a streetwear collaboration with Moncler, which Kyvetos said sold out instantly. The launch was supported by an underground dance party in a disused Berlin brewery. “It was representative of the no-holds-barred approach to appealing to this new generation,” he noted.

Ashley Lang, vice president of European merchandising at Levi’s, which has collaborated with Supreme, Off-White, Vetements and Gosha Rubchinskiy, said his brand has long had its ear to the street. “Fashion is no longer just about luxury brands pushing trends downwards, but has also become increasingly about streetwear brands pushing trends up,” he explained.

Lang said the trends often start out with streetwear and skate brands due to “their relatively small size, agility and their connectedness with their local communities and fans. We see this same dynamic with our own Levi’s Skateboarding line and how trends emerge from these collections to our mainline Red Tab business.”

Stavros Karelis, the founder and buying director of Machine-A, the indie concept store in London’s Soho, said anyone who’s looking to streetwear for sales tactics should never underestimate the pull and power of community.

“The streetwear brands that have been successful have a philosophy, a lifestyle like photography, music or skateboarding. Having a T-shirt from one of these brands isn’t about the logo, per se, it’s about sending and receiving a strong signal that says: ‘We like the same things, we’re a community.’ The future is about those brands. The others will fade out,” he said.

Karelis also said there’s a hive of activity within these consumer fan bases. “They are way more informed than other customers, they talk about product, about what’s worth investing in, and if they need to sell a limited-edition item they’ve purchased, then they talk about resale value,” to collectors who would buy them — at a premium — on eBay, Grailed — or in the flesh.

When the Louis Vuitton x Supreme collaboration landed in major cities worldwide, groupies who couldn’t manage to squeeze into the pop-up stores were spotted offering wads of cash to the few who were able to shop.

“I organize my calendar around the releases,” Babacar Cisse, an assistant trader, told WWD as he came out of the Louis Vuitton x Supreme store in Paris in June.

Cisse bought a box logo hoodie and T-shirt, among other things, and could have resold them instantly for four or five times the original price.

“A Chinese guy just came up to me and offered me $3,500 for the sweatshirt, and the T-shirt is selling online for $2,000,” said Cisse, who took time off work for the event.

The relationship between streetwear, footwear and the high-end giants has begun to work both ways: As reported, James Jebbia’s Supreme collaboration with Louis Vuitton not only generated 100 million euros in business, according to sources, it also helped the hot skate brand clinch a deal with the private equity giant Carlyle, valuing it at $1 billion.

Bosse Myhr, Selfridges’ director of men’s wear, called the bodega a “huge” success. As with H&M collaborations, the kids lining up wore wristbands and were only allowed to browse and shop for 15 minutes.

“We like A$AP Rocky’s creative approach across different mediums, and having developed a relationship with him over the past few years, it was like friends coming together to make a great concept work,” said Myhr.

So what’s next? More of the same — just faster and better.

Brands and retailers, said Kyvetos of Stylebop.com, “are essentially doing what’s necessary to stay relevant to the next generation.” Karelis of Machine-A would argue that drip-fed products, collaborations and limited editions are all about the long haul. “The big brands and retailers are connecting with an audience they are hoping can grow with them over the next 20-30 years,” he said.