Brands including Drew House, Palm Angels, Heron Preston and Off-White have made this territory their first port of call.

By Tiffany Ap
with contributions from Aria Hughes
on April 9, 2019
twitter@Tiffany Ap

From left to right: Heron Preston, Francesco Ragazzi, Sabrina Albarello, and Poggy at the Palm Angels store opening in March.

HONG KONG — The line of kids snaked down the narrow slope on Cochrane Street, waiting to get into a smallish two-story space decked out like an old VHS store from the Nineties.

It was the first pop-up for Drew House, Justin Bieber’s new clothing line, and nobody in line wanted to miss out. While the brand and its beige and yellow hoodies might have been inspired by the San Fernando Valley, it was in the Far East that fans first could snag the gear.

“The turnout was overwhelming to be honest,” said Ryan Good, cofounder of Drew House. “We couldn’t imagine the size of the crowds that gathered. We were truly blown away.”

Further pop-ups in other Asian cities and Western Europe may be in the works, Good said. Hong Kong was done rather “on a whim,” he said.

However, Hong Kong has attracted a slew of brands choosing to make their retail debut far away from the usual launchpads of New York, Paris or London.

In March, Palm Angels by Francesco Ragazzi opened its first global flagship here. Heron Preston showed up for the celebration, recalling the scene a few months earlier when Preston debuted his own first store on the same street. Also in that corner of Causeway Bay, Marcelo Burlon’s County of Milan and Virgil Abloh’s Off-White, stores that each figured as the first global brick-and-mortar statement for the brands.

While one might chalk it up as a greater China market play, the openings defy the weak retail environment. Hong Kong’s retail sales for the month of February showed a 10.1 percent drop, with no uplift in sight, according to the Hong Kong Retail Management Association.

When asked to explain the sudden brand fervor for the territory, Federico Tan, cofounder and managing director of social/capital, a marketing and communications agency, said there were a number of factors in its favor. Hong Kong is home to strong retail partners with fashion foresight to offer, he said, and it’s a major hub in Asia.

Most retail leases in Hong Kong are signed for three years, as opposed to five years or longer in other major destinations. The rents might be some of the highest in the world, but the market also gives young brands much-desired flexibility. 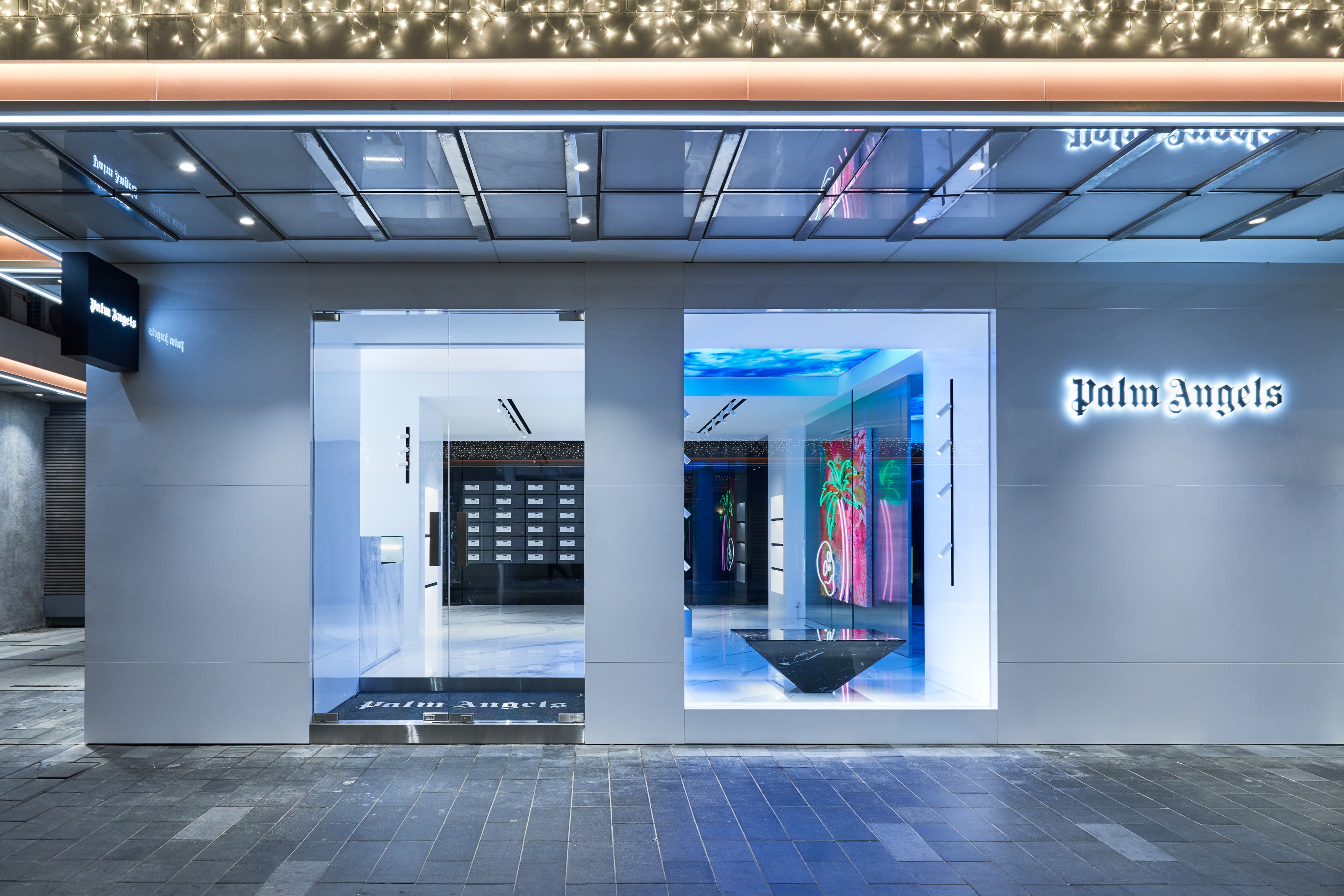 Tan points out that Hong Kong is good at spotting and adapting to global trends.

“It draws influences from Japan, Korea, America and Europe,” he said. “With the exception of Tokyo, I can argue that Hong Kong probably has the widest selection of brands ranging from luxury to niche.

“I think Hong Kong is also unique in the sense that people here like to mix it up — the customer who buys Louis Vuitton, Dior, Chanel would also buy into brands like Comme des Garçons or Fear of God.”

Hong Kong is, after all, the place that gave birth to Hypebeast, now a publicly listed company on Hong Kong’s stock exchange and a global authority on the streetwear juggernaut. However, Tan said that it’s not just only relevant for one category.

“I don’t think it’s just streetwear brands,” Tan said. “Actually, the price points of Off-White and Palm Angels are beyond streetwear now. It just so happens that streetwear had such a strong influence in fashion the last year or so, and these are the brands that are making the most noise.”

Streetwear is reaching out across the globe, finding fans in markets everywhere, from China to the Middle East.

Jamie Cormack, cofounder of Herschel, said his company is building a direct relationship with consumers in broader China. “It’s a long process and it’s not easy to have your own entity in China…but it’s worth the heavy lifting,” he said.

Herschel has its own sales channels in China and also a flagship on Tmall.

“It’s the most important fashion platform in the Chinese space,” Cormack said. “Tmall, generally speaking, is where most businesses conduct sales with end consumers. Most business in China is done on third-party sites. That’s been a really cool experience. China is leading the charge of mobile conversions, so close to 96 percent of our business is done on mobile phones. It allows us to be progressive and ultimately it’s going to help us with mobile in other countries, which has been really beneficial.”

Rajat Malhotra, cofounder of Sole DXB, an annual lifestyle festival that helps streetwear and athletic brands engage with customers in Dubai, said consumer recognition of streetwear is only growing.

“For many decades here, if you wanted a pair of Adidas, you could only go to one place to get it,” Malhotra said. “The moment we started to see online sales creep in here, all of a sudden those distributors who had a monopoly saw competition.

“When we started really pushing Sole DXB, there weren’t a lot of people who were wanting to speak with us,” he said. “Five years ago, consumers weren’t there yet in this market, but because they are being exposed to the same media channels now, they want the same product. We are a third-culture market. Everyone here is born from somewhere and their parents are from somewhere else. The younger people travel a lot and started to question why can’t we get certain things here.”