Artists once beholden to their craft are dipping a toe in fashion — lapping up a downtown underground that’s disavowed Supreme’s mainstream ascent. 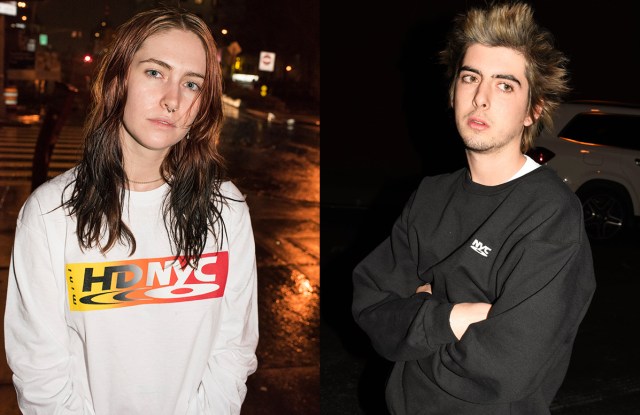 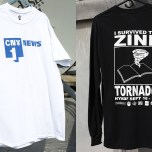 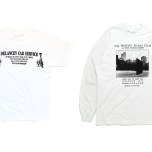 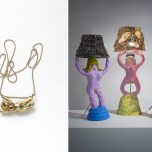 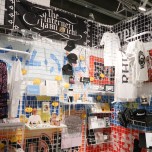 As streetwear continues to grow its mainstream appeal, New York artists are shifting their attentions to clothes as a wearable medium.

Their designs have become merch for the underground elite — those who look beyond mainstream brands like Supreme or Kith for logoed goods that speak to niche predilections.

For many artists, T-shirts, jewelry, sweatshirts and jackets — rather than posters or prints — are a new, tangible method for spreading a visual gospel. The onetime snobbery associated with commercialism has begun to subside, particularly following a recent burst bubble in the young artist market.

Clothes, a “lighthearted medium” as one artist described them, offer financial, marketing and community-building returns. “It’s like a walking billboard,” another artist noted.

The movement’s ripple effects were evident at art fairs across New York City last week, where exhibitors at NADA, Spring/Break and Independent broke with convention, and were seen selling wearable, artist-designed objects from their booths.

As friends and close collaborators, they are member to a clothing imprint ecosystem akin to Nineties zine culture — their do-it-yourself creative expressions now printed on sweatshirts, rather than paper. They socialize together, print with the same studio (Lqqk Studio in Bushwick, Brooklyn), and have found praise with consumers at home as well as in Japan.

“It harks back to early days of streetwear, before the Internet, when you had to research to find smaller brands and why they were so good,” explained Kumasi Sadiki, cofounder of Allen Street store The Good Company, which sells all of the aforementioned labels in addition to a popular in-house line.

“I think people wear brands in general, because they want to be quickly associated with something, it says something about you. Me personally, I like Supreme, but I couldn’t wear it because of the kind of kid that wears it now. These other brands are more niche and for lack of a better word, cooler. If you wear it, it’s obvious you did your research,” said Sadiki.

Along with the skate shop Labor and Dover Street Market, The Good Company has become something of a flagship for New York artist-run street brands. According to Sadiki, the store caters to “skaters, downtown kids, alternative kids, art school kids, outcasts, kids looking for something different.

“These shirts are an art form, it’s about getting the message out to as many people as you can. It breaks down the pretentiousness of the art gallery. It gets kids hyped on art, and those are the people you really want to be talking to.”

While purists may balk at art towing the line into fashion and streetwear, those participating in the movement consider it a modern approach. With social media putting more eyes on art than ever, many artists feel the timing is ripe to leverage their visual prowess in other categories.

“I guess there is a very blurred line between artist and brand now, I think it’s a good thing,” said Garvey, a painter and multimedia artist whose shirts are sold in 10-plus stores worldwide. “For a while I was apprehensive about it, I didn’t want to be thought of as a person who makes T-shirts. I first and foremost want to be known as someone who makes artwork. Now I think that line is completely gone, an artist can operate within so many worlds.”

Garvey said of the process behind his best-known design, a $45 T-shirt printed with an invitation to a Twenties opening at the Whitney Museum: “I kind of like the idea of making up merch for events that happened and didn’t have merch, I like the aesthetic opportunity. I loved making a T-shirt for an opening that happened 100 years ago.”

Another artist-run brand, CNY (short for Chinese New Year), is rooted in cheeky lo-fi aesthetics and designed by husband-and-wife team Sutherland and Ruth Lee. “With T-shirts, it’s pretty fun for us to just come up with whatever we want and see people wear it. Sometimes, it’s a lot more interesting than trying to make art for a very niche audience. The accessibility is very interesting. It also does bring in a little income for us, which is very practical — we’re able to rely less on being a studio artist and studio sales, which are very fickle,” Ruth Lee said of the brand, which sells in 15 to 20 stores worldwide.

While not clothing per se, artist and furniture designer Katie Stout will release wearable editions of her work this spring in the form of fine jewelry. Stout has teamed with jewelry designer Simone Paasche on a 14-karat-gold pendant necklace ($3,000) that incorporates the likeness of her signature, haphazard lady figurines — more typically dispatched in larger formats to make lamps or chairs.

“I think that in general, artists and designers don’t care about genre and boundaries as much as they would have. I think it’s also an economic thing — why put all your eggs in one basket? Obviously creativity extends beyond material or a specific way of doing things,” she said.

Galleries are in on the movement, too. Moran Moran — a Los Angeles gallery that runs the radio station and corresponding streetwear line Know-Wave as a parallel source of income, branding and community building — has seen its pet project evolve into a multimillion-dollar enterprise, according to sources. It was among the first art entities to move into fashion and streetwear.

At NADA, gallery coowner Mills Moran declined to comment on the label’s sales, but did note: “You have to look at the art market today as not necessarily just for collectors. With social media, art school enrollment is higher; more people are looking at art. An object like a T-shirt is something that can connect the dots.”

With acceptance now growing within art’s rarified confines, wearable imprints were spotted across New York art fairs last week. In prior years, it would be considered unorthodox, if not gauche, to see collectors whip out credit cards to be processed via Squarespace. However, with the addition of takeaway merch, commerce became more of an open forum.

Not all is forgiven, though. When asked about their wares, many fair exhibitors winced at the term “merch.” Instead, they administered the more dressed-up “merchandising,” to describe these commercial endeavors.

The fairs, which largely began Thursday and extended through the weekend — displayed an array of trinkets and clothing designs beside more traditional artworks.

Prints by artist Kylie Manning beside a sweatshirt with their imprint at the Spring/Break art show.  WWD

Rhizome — an Internet art nonprofit and New Museum affiliate — turned its NADA booth into a mini mart for artist-made, Internet-inspired goods. Items like T-shirts by Cory Arcangel and USB cord necklaces by Faith Holland were largely priced at less than $100. At the opposite end of the pricing spectrum, the Swiss Institute’s booth at Independent featured a duo of silk coats ($8,000 each) designed by French artist Camille Henrot, she of a recent carte blanche takeover of the Palais de Tokyo.

Wearable items were seen throughout the curator-run Spring/Break show, where artist Kylie Manning sold sweatshirts printed with her work for $100. “I want my friends to be able to buy something,” said the painter. The fair also featured various pieces produced by the digital firm Print All Over Me, an open-source screen-printing platform that often collaborates with artists on wearable, printed editions.

Ruth Lee, who prior to CNY had considerable experience in the art publishing sector, said of the shift: “It’s interesting to think about wearable art being sold at NADA, but it’s not surprising to me because I’ve seen the Art Book Fair shift from books to wearable art — that’s what people are seeking. I think social media makes it harder to see things in real life because everything is so documented now. I don’t go to as many gallery openings as I used to, because I can see it without being there. I think the clothes are almost going back into DIY culture, taking art into an IRL moment.

For Garvey, though, the movement is more of a settlement: “I guess if artists see that corporations are taking their ideas and passing it off as authentic pieces of art, we need to take back the power. I think that’s ultimately why you see artists making more of their own products. It’s about taking our ideas back into our own pockets.”