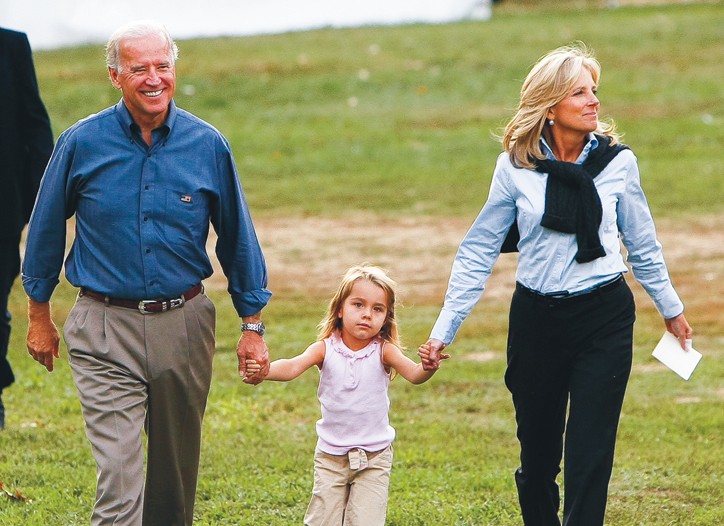 A presidential election isn’t exactly the forum for flashy or experimental fashion, but this time around, the sartorial choices of the prospective first ladies — and vice president — have grabbed the public’s attention more than those of anyone since Nancy Reagan and James Galanos. Michelle Obama has gotten most of the attention stylewise — virtually all of it good, starting with the comparisons to Jackie Kennedy.

But other players on the campaign trail are also showing their personal flair. Take Cindy McCain, who with a fondness for pop colors — as evidenced by the hot-pink cast she recently sported after a fan reportedly shook her hand too tightly — has been going back and forth between tailored, wide-legged pantsuits, one in a muted gray, another in bright green, and full-skirted dresses. The last are often accompanied by a sweater around her shoulders or a fringed knit bolero jacket, which she has been spotted wearing in both orange and white.

For the convention, McCain followed in the first lady footsteps of Laura Bush and Hillary Clinton, opting for an Oscar de la Renta dress, hers in a bright saffron.

With her New York tour visiting dignitaries wrapping up today, Republican vice presidential candidate Sarah Palin is finding that, along with her environmental policies and the number of stamps in her passport, her choice in shoes and eyeglasses is subject to scrutiny (“So Lenscrafters,” chided Simon Doonan earlier this month to a nymag.com blogger, although maker Kazuo Kawasaki has reported a surge in sales for Palin’s $375 rimless frames).

The most businesslike dresser of the four women on the stump, Palin favors two-tone suits and straight-up black, often pairing her outfits with red Naughty Monkey heels or Sofft black pumps — both of which, the press has pointed out, were purchased in her home state.

And though we’ve seen little of her thus far, Jill Biden, a college professor, has shown a penchant for crisp button-downs and the color blue — as with the simple shift she wore at the convention — as well as a slim white suit, worn when her husband was declared Barack Obama’s running mate.

Meanwhile, Mrs. Obama (also less visible on the campaign trail of late), has mixed high — an Isabel Toledo gown, a Thakoon shift — with the low-ish (Gap and H&M are reportedly two of her favorite stops for casual dresses). McCain wore a Chanel J12 white ceramic watch at the convention and often affixes crystal “USMC” and “Navy” pins to her lapel, signifying the military branches in which her sons serve.

Obama is also a fan of accessorizing (see the Carolee White choker she has worn on several occasions, as well as the multihued Tom Binns necklace she wore to a New York fund-raiser in June). In the weeks before the Nov. 4 election, WWD will be keeping an eye on these ladies as they crisscross the country.

Here, the notable looks from the last few months.