Into the Archives: Stylists’ Personal Collections

The coronavirus lockdown has shown the industry that quality rules over quantity, promoting a greater emphasis on artistry and craftsmanship over simply speed and size. 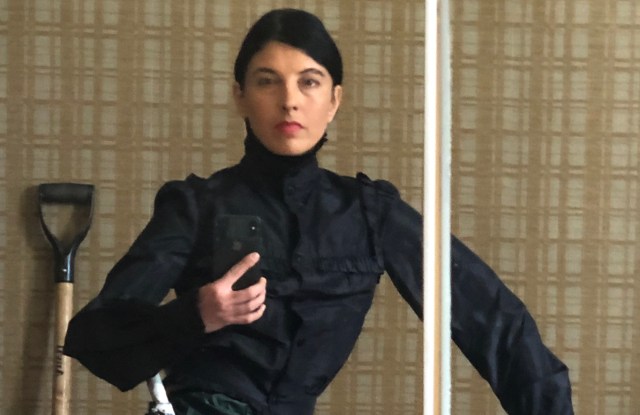 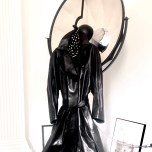 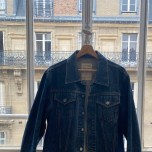 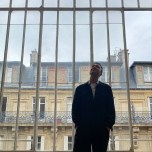 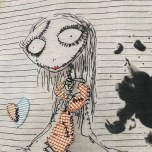 The COVID-19 pandemic has impacted the fashion world in numerous ways, forcing designers, manufacturers and retailers to come to a screeching halt and, for good and bad, take a breather. For some top stylists, the pause has meant placing on hold confirmed ad campaigns and magazine shoots, styling runway shows and celebrity dressing gigs.

The lockdown also has allowed the industry to recognize that quality rules over quantity, and that going forward there needs to be a greater emphasis on artistry and craftsmanship over simply speed and size. Leading stylists — who have privileged access to designers and almost every brand’s most expensive creations — generally got into the industry because of their fascination with fashion, with many of them treating clothes as collectibles, pieces that either had limited runs due to how intricate or ornate they were, or were a piece from a designer no longer alive.

Each has his or her own criteria as to what makes a piece special.

With that in mind, WWD caught up with stylists around the globe to discuss the personal archives they have assembled over the years, resulting in a trip down Fashion (Memory) Lane. The journey uncovered pieces from designers who have had an immense impact on fashion over the last 25 years, ranging from Alexander McQueen and Helmut Lang to Azzedine Alaïa, Marc Jacobs and more.

Here, a peek into stylists’ closets.

“I think the bag is one of my favorite pieces. It’s functional but decadently decorative, like a run-over soda can. Helmut Lang’s aesthetic has always felt timeless because of its ability to have never regressed in style or relevance to the world of design. Only physical decay and usage are what’s causing it to become extraneous. So it now lives in a bag of its own.”

Marc Jacobs, fall 1997. “This is the world’s greatest sweater. Period. And I still wear it. Constantly.”

“This Chanel jacket was the first designer piece I purchased as a young stylist, perhaps around 2007. Though Victorian in style it’s a windbreaker, which I found funny. I often wear it while riding my bike around NYC, then crumple it into a bag. I don’t believe that clothing should ever be too precious to be functional. I’m at my farmhouse in the country where everything, including Chanel, needs to have practical ability. This jacket is a reminder to myself to make smart, long-term purchases, and to always find them fun. And if it gets muddy while planting, that’s also OK.”

“This dress is from the Callaghan collection by Nicolas Ghesquière, spring 2001. I remember seeing the show and loving the Grecian-meets-rocker vibe! The draping of the dress and the sash with a metal triangle in the back still look modern.”

“This is a Mao jacket from the spring 2007 Yves Saint Laurent Collection by Stefano Pilati. I’m really loving this piece at the moment. I love the allover photo print of a group in close proximity — the image is of crowd-goers at the seminal Woodstock festival in 1969. I also like the ease of wear (I’m a sucker for a good work jacket).”

“Runway looks speak to me on many different levels. The Vuitton trench I am wearing is one of the lightest pieces I own being totally unconstructed with no lining. In this strange time more than anything the idea of protection has become important for me. When I wear this trench, it feels simple, chic, a bit “Matrix”-y and I always feel protected in it. I have a love for leather, so a piece I can wear all of spring and again in the autumn months.…I just had to have it! More than ever it feels like such a good time to dig through your closet and find those pieces that really make you happy and pull them out. This trench is one of those items. I hope to have it forever.”

“I’m a big fan of uniforms, if it works, keep wearing it!

“I never go out without a hat, I have this hat in many different shapes and colors from around the world.

“Moscot are my go-to glasses, love them, I won’t take them off — indoors or out.

“Got this jacket from the Caruso spring 2017 collection, the tailoring is impeccable and white/off-white outerwear is always elegant. I’ve had this neon sweatshirt for seven or eight years, I still exercise in it.

“Overalls — I’m a big kid and I mean, you really can’t go wrong with Clarks, also this color!

“A true gentleman wears a scarf…”

“My favorite archive piece at home right now is from the Versace spring 1994 collection, which was a truly seminal era of the brand. In my teens I was obsessed with Versace, I grew up with campaigns torn out of the pages of Vogue covering my walls and I have collected some great vintage pieces over the years. This chainmail tank top is originally from a Versace shoot for L’Uomo Vogue in 1994 with the British band Take That, photographed by Tiziano Magni.”

“I’ve held onto lots of my clothes over the years and I’ve also let lots of pieces go. The things I tend to keep are either modern classics that still feel relevant to my wardrobe today or they are pieces that define a time or a memory for me. This beautiful peacoat is from Raf Simons’ men’s wear collection for Jil Sander, I think it is from his debut collection for Jil back in 2007. It’s an incredibly heavy wool coat, fully lined and it’s quite a boxy number that when I wear it kind of swings around, which I like. You can make great shapes with it. I always like to wear it with skinny jeans or slim trousers in a Mod-ish way with a clumpy shoe like it was dressed in the original show. This is another one of those classic pieces that never seems to date.”

“Nicolas’ Balenciaga was an obsession of mine (not alone there) and that season’s Cristóbal tribute was one of my many favorites during his tenure. At the time they had these glorious sample sales and I stumbled upon this piece — it never made it into my favorite show, but was therefore not produced and one-of-a-kind — so a perfect justification for an outrageous price tag. But a kind of ‘couture’!

“The craftsmanship and construction were truly stunning, but even so it felt light. Not only that, it felt of value. No one does retro/futurist/modernist like Nicolas.

“There are too many memories to count, but my favorite would have to be wearing it in a barn in Missouri surprised at how a ‘Rhinestone Cowboy’ theme really welcomed some couture, and how a cowboy boot can really change a look.”

“I have always been such a huge fan of Alaïa, when I found this in a vintage store my heart skipped a beat as it was from one of my favorite collections he did. My heart belongs to daddy!!!”

“My Schott Perfecto Biker jacket which I bought when I moved to New York City some 15 years or so ago. I purchased it from this wonderful vintage store on Greenwich Avenue called Star Struck. The store no longer exists, which makes me sad, especially in terms of sustainable fashion and New York vintage shopping becoming harder as owners struggle to continue their business. This jacket holds a special place in my heart. I wore it everywhere dressed up and down, it traveled with me from far-off shooting locations such as Cairo for W magazine (2010) to the dance floor of the Beatrice Inn. This classic jacket has lived!”

“This piece is very precious to me as it was part of the Hans Bellmer-inspired collection shown at the Conciergerie in Paris. I had an unforgettable experience working on the fittings for this collection with Lee and Sarah.”

“It is my Azzedine Alaïa black leather trenchcoat from the mid-Eighties. I have coveted it for three decades. It is perfectly in style this very moment and will be forever.”

“My favorite archive piece is this Maison Margiela jumpsuit, I have been wearing it for years. At work or at home.”

“My love affair with vintage clothing began when I was 13. I can’t say that I have just one favorite piece from my clothing archive, but I love all of my vintage Azzedine Alaïa, especially the little suede and leather bra tops he made and I have worn them all a lot. Azzedine’s clothes always make me feel good in my skin and that is really important to me.”

“I bought the vintage Azzedine Alaïa in the Nineties and I believe he designed it in the early Eighties.”

“Sometime between 1996 and 1997, designer Helmut Lang relocated to New York City from his hometown of Vienna, Austria. He opened his flagship boutique on Greene street in SoHo and it was mad cool. The store was always restocked in time for the weekend, so I’d race to Greene Street on Saturday morning, hoping to score anything in black in a European size 54. His clothes were timeless and time-sensitive at the same time. The designer once said, ‘you will wear my clothes until they fall apart.’ A truthful quote that should have been stitched into every garment he created.

“At one point, I found myself needing three of his black coats, each one for a different occasion and change of climate. A cotton moleskin reefer was perfect for an early fall weekend, a cashmere topcoat was a must for trips to Milan and Paris for the men’s shows, and a fur-trimmed parka was stylishly useful for a brutal New York City winter.

“It was the outerwear that really got me excited. This is the one that has been hiding out in my closet in Palm Springs, Calif., still in fashion and as stylish as ever, even in a pandemic.”