Summer Off to a Sizzling Start in L.A.

In fact, nary a peep of negativity was heard from most buyers and sales reps regarding business at the summer market that wrapped up here Tuesday. As retailers came off holiday shopping seasons that at worst... 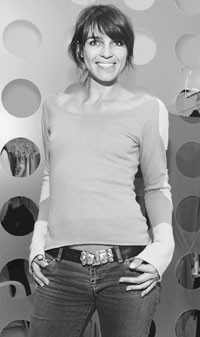 In fact, nary a peep of negativity was heard from most buyers and sales reps regarding business at the summer market that wrapped up here Tuesday. As retailers came off holiday shopping seasons that at worst were decent and at best exceeded expectations, the consensus was that stores needed immediate inventory to replenish strongly checking items.

“This is one of the busiest January markets we’ve ever had,” said Victor Costello, co-owner of the misses’-oriented Helen Costello Showroom at the California Market Center, who noted strong interest in his tropical print collections from Haven Bleu. “The economy is turning around and product is moving off shelves, bringing retailers in for more.”

Cecil Strickland, executive director of retail relations for the CMC, reported that the center recorded its best retail attendance for a January market in seven years, drawing buyers from the Western region, as well as Florida and New York.

And, Elyse Kroll, president of ENK International, which staged its second Brighte Companies contemporary show with 40 vendors at the CMC, said, “Bravo to L.A.,” noting her surprise at the strength of the smaller season.

“We ran out of books and had to Xerox extra floor plans for the attendees — we just weren’t expecting the volume,” Kroll said, noting that Lord & Taylor, Nordstrom and Bergdorf Goodman were in town, also unusual for this market.

What buyers sought at market — flirty dresses and skirts, bright colors and lots of embellishment — mirrored their sunny outlook.

“Fashion is so fun right now, you can’t help but catch the fever,” said Janet Irwin, a buyer for La Bella in the Belmont Shore neighborhood of Long Beach, Calif. She and colleague Jodie Dolan were stocking up on “big” handbags in metallics and bright colors. “We’re over clutches,” explained Dolan. Already, the two believe business is on an uptick. “Business will be good in 2004,” said Irwin. “You just can feel it steadily go up.”

Neely Shearer and Gordon Morikawa, owners of Xin on Melrose Avenue, expect business to improve by double digits this year, thanks to improved foot traffic on their street and a vibrant accessories year.

Even stores with a focus on basics were letting loose. Mikela Walter, a buyer for Stacey Todd in Studio City, stocks mostly neutral and classic items for her contemporary customer, but plans to “mix a little of the colorful and girlie in,” she said. Her calculated risks are colorful skirts and sundresses in light summer fabrics to combat the California heat.

Breezy, ethereal chiffon was the base for Lemon’s tiered miniskirts and tie-string tops at CMC’s Bryan Wilson/Susan Goodman Showroom, where T-shirt dresses with screen prints by China Doll also did well. Zola’s zigzag-hem tunics shined at the Ginny Wong Showroom.

“It also helps that we work with customers and customize colors to their stores so no one will have exactly the same merchandise,” she said.

Tiered silk layers by Lulita Designs at Brighte Companies were novelty standouts. With the living easy in the summertime, designers didn’t hold back from T-shirt creations, including:

So many T-shirt options meant that denim was still a needed staple for both contemporary and misses’ buyers. Daniel K’s updated misses’ denim jackets with dainty backside embroidery was checking at CMC’s Nek-Enuf’s showroom along with Tag+ Jeans two-month-old collection of denim and linens at D&A. Tag+ partner and designer Yves Castaldi expects his line will notch $10 million in first-year sales.

He added that business was up from November market. “There were fewer people, but they wrote more,” he said.