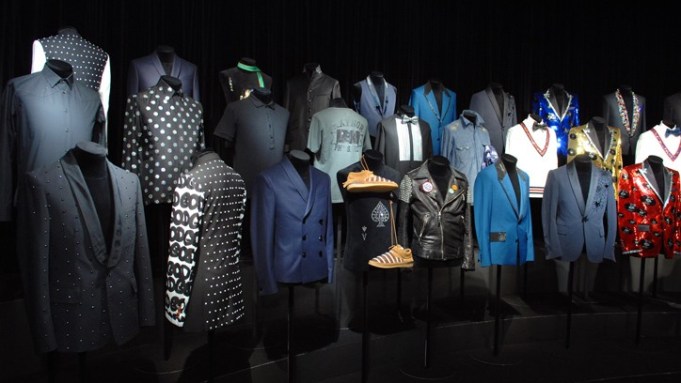 TOKYO — Swarovski is tapping into the world of men’s wear.

The Austrian company’s components brand Crystallized-Swarovski Elements has linked up with a group of Japanese and international designers to put together a collection of men’s apparel incorporating Swarovski crystal and synthetic gemstones. Items include a leather jacket, a denim shirt, moccasin-style shoes and a slew of dazzling shirts and jackets for evening.

Swarovski is presenting the collection to retailers here in a bid to show that crystal-studded clothing and accessories can work in a commercial context and not just as statement pieces on a runway, explained Markus D. Lampe, the company’s senior vice president of marketing. The project will be presented to retailers in Europe and the U.S. next year.

“In the end it’s critical for us. It’s different to all [our previous designer] initiatives in that there is this immediate commercial impact,” Lampe said, acknowledging the company has felt the impact of the recession. As reported, Swarovski has made significant job cuts over the last 18 months.

Swarovski linked up with influential fashion editor and stylist Tomoki Sukezane to stage the exhibition. Under his guidance, each designer or brand came up with its own take on the dinner jacket and dress shirt plus a few more pieces of their choosing. The participating designers include Masaya Kuroki and Gildas Loaec of Kitsune; Arashi Yanagawa of John Lawrence Sullivan; Hiroki Nakamura of Visvim; Joe-Casely Hayford, and Phillip Lim.

Lampe said it was not possible to give a sales estimate for the collection but he stressed the sale of each item will go directly to the designer. Swarovski’s economic benefit derives solely from the sale of the components used to make the garment.

Swarovski has no plans to do a women’s collection in a similar vein, but one of its upcoming projects does target the female set, Lampe revealed. Next year, the company will work with a number of designers to reinterpret the little black dress, he said. The one-off creations will be auctioned, and the proceeds will benefit a breast cancer organization.