For his 70th birthday in 1977, Lazar invited 200 revelers to Tavern on the Green, including Halston, Diane von Furstenberg, Bianca Jagger and Truman Capote. 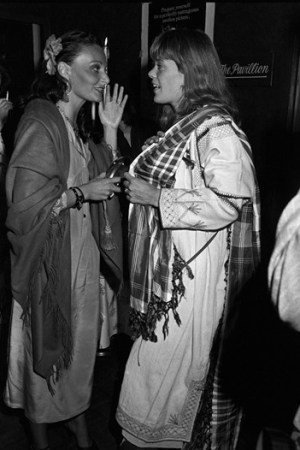 Irving Paul “Swifty” Lazar had always thrown his must-attend, post-Academy Awards party in Hollywood, attracting Tinseltown’s A-listers and his enviable inner circle. But in 1977, to celebrate his 70th birthday, he moved the soiree to Tavern on the Green in Central Park, inviting 200 people, including luminaries from film, television, publishing and every other industry that had touched Lazar’s golden hem over the years.

The fashion contingent included Bill Blass, Diane von Furstenberg, Halston, Mary McFadden, Donald Brooks, Diana Vreeland and Oscar and Françoise de la Renta. “It was the biggest private dinner of the year….It was lavish,” said Françoise. Amid the revelry, which included a cocktail hour and viewing of the Academy Awards, there was a bit of cattiness. Truman Capote, one of Lazar’s clients, who was on the outs with many of the attendees, arrived with C.Z. Guest to a perceptibly icy reception, according to WWD’s reporter, but Lazar bounced from table to table and kept up people’s spirits till 4 a.m., “as if it were his 17th birthday.”