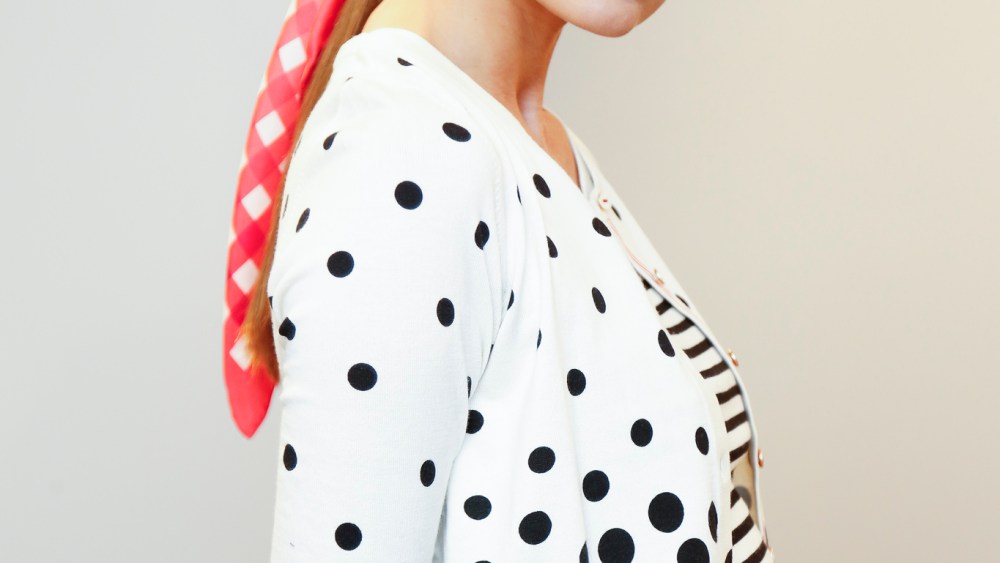 Having raised more than $1 million, collected 4,400 boxes of clothing and helped more than 20,000 women through their 2016 partnership, executives at Talbots, O, The Oprah Magazine and Dress for Success expect the growing sense of women’s empowerment to fortify this year’s initiative.

During a preview of The Oprah Magazine Collection for Talbots (30 percent of sales will benefit DFS), the retailer’s chief executive officer Lizanne Kindler said, “It’s not a matter of political affiliation or climate. What Dress for Success does is get more women out to the workplace. It’s actually more timely or emotional right now.”

Thirty percent of the sales of the limited-edition collection, which includes such fashion-right mismatched items as a gingham and floral silk scarf, a stripe shell and dot and rose enamel bangle and a mixed-dot cardigan slightly shorter for a more modern look, will benefit DFS. Supporters can also donate gently worn work-appropriate clothing to Talbots stores from March 2 to 5, and make monetary donations in stores or online through April 2. A cadre of influencers like Hilaria Baldwin, Katie Sturino, Jill Martin and Sara Haines will help get the message out, and are spotlighted in a Sergio Kurhajec-shot editorial spread in the March issue of O.

Close to reaching the one million mark for total women helped, DFS chief program officer Angela Williams said, “I was in D.C. for the Women’s March and it was just an accumulation of women from so many different identities and purposes. At the end of the day, Dress for Success is really all about our core values, women helping women, leaning in and paving the way forward for other women.”

O’s creative director Adam Glassman helped finesse the nine-piece capsule collection. More accessories are in the mix to make it more accessible for shoppers to buy into the program or find gifts. There are also subtle design features like a striped red grosgain ribbon trim on the cardigan that is two inches shorter than last year’s version for added flair.

“Ultimately, we really wanted people who wanted to play with us and we were not looking for people who just wanted a check. Many of these influencers out in the world right now are pay-to-play. We really wanted people who were authentic,” Glassman said of the influencers. “They went through the racks and added their own twists. When you put it in front of a real person who needs to wear it in her life and with her lifestyle, that’s when it was really great.”

The retailer’s March catalogue spells out how donations will be spent, i.e. $5 covers dry cleaning for an interview separate, $50 sponsors a woman for a practice interview and $500 finances participation in a Dress For Success workforce development program.

Noting that syndicated research has shown O has the most philanthropic readership among magazines, with some giving up to $5,000 a year to charity, Jayne Jamison, publisher of O, The Oprah Magazine, said, “So she does want to give back in a big way.”

The magazine’s editor in chief Lucy Kaylin, added, “It’s not all about self-adornment. Our reader wants to look good, but she wants to feel good too and she wants to do good…Editorially, one of the things we’re hearing all the time from our readers, and certainly among our staff, is ‘In these times that we’re in, what can I do? There must be something I can do.’”