Talia Lipkin-Connor started her label to pay tribute to her family which ran the famed Lucinda Byre boutique in Liverpool, England.

LONDON — The yearlong pandemic and damaged economy have meant fewer labels coming onto the fashion scene — even in London, which had previously been a hotbed for up-and-coming talent.

Talia Lipkin-Connor was among the few brave ones to buck the trend, starting her own brand, Talia Byre, amid the COVID-19 outbreak. Last year, just as COVID-19 hit the U.K. and lockdown began, Lipkin-Connor was finishing her MA degree at Central Saint Martins.

So she packed up, moved back to the north of England with her family and, like many, used the forced pause for introspection.

“There was a lot of time for reflection and at the very early stages of the pandemic, we actually lost quite a few members of the older generation in my family. So it really made me think why did I do all this training?” Lipkin-Connor said.

The answer came in preserving her family’s heritage. Her relatives were tailors who also used to run the Lucinda Byre Ladies’ Shop, a boutique the young designer described as “the place to be in Liverpool” from the 1960s through the ’80s.

“It’s where I got a lot of my inspiration and my knowledge. They passed that all down to me. That really led me to think, ‘Why did I do all this?’ I realized it was important for me to carry on the name, and the woman,” said the young designer who drew the name of her label from the shop.

Armed with a new sense of purpose, she moved back to London, rented a shared studio space and created her fall 2021 collection, and went into the sales market for the first time this week. 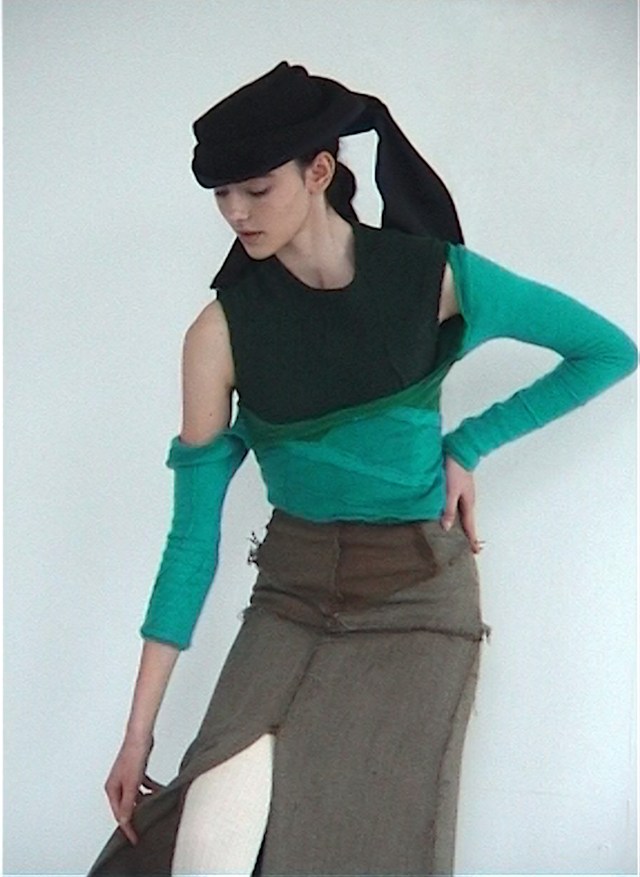 Dubbed “4 a.m. Prayers,” the collection is a reflection of the designer’s many sleepless nights, where she would think about the garments she inherited from her family’s boutique and her hopes for reigniting the Byre name in the British fashion scene.

“I’d referenced [the garments I inherited] in the past, but in a more abstract way. This time, as I’m moving forward as a brand and looking to sell, I was really looking at the finishings, at what makes [something] last long and fit well,” the designer said.

Her collection is filled with draped dresses and deconstructed knitwear — or “angry knitwear” as the designer refers to them. Her knits feature jewelry embellishments ranging from vintage chains to hair pins.

“There’s been that elevation this season, because of course I’ve grown up a bit, moved out of home and [experienced] some gear shifts, with losing part of the family,” Lipkin-Connor said.

She’s relied on family history to build the label and found her main supplier by phoning the number found on a fabric she discovered at the back of her grandmother’s closet.

They now supply all of her woven wool fabrics and have even given her a luxurious Darby tweed, traditionally a men’s wear fabric, which Lipkin-Connor has reimagined as a cool, tailored midi skirt with exposed seams. 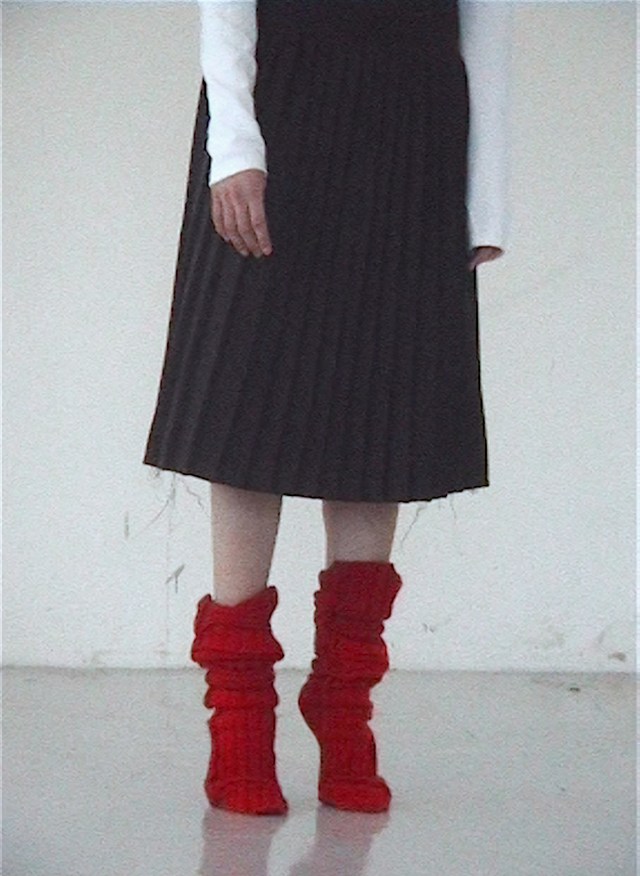 “With our woven wools, everything down to the button is made in the U.K., whereas, with the knitwear, everything is produced in Italy. This kind of localization, I find really interesting,” said the designer, who has been fielding private orders, and is aiming to take on wholesale partners to increase her label’s reach.

She said her ultimate dream would be to open a modern-day take on the Lucinda Byre shop, and offer the same energy and sense of excitement to a new generation of shoppers.

“The old shop had so much energy: Now that I’m starting the brand, people from the older generation who used to shop there are sending their daughters to come and buy from me. I’d love to have that [physical experience] again and approach it in a traditional way,” she said.

“People would go to Lucinda Byre to buy one or two pieces every season and add it to their capsule wardrobe, and I’d love to bring that back, along with that intimacy and personal connection to the designer. That’s where we’re headed.”