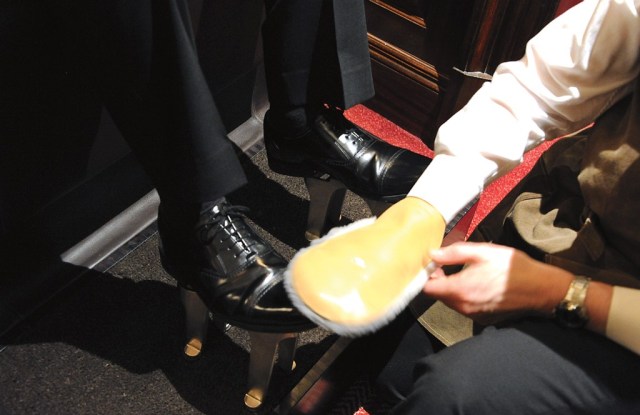 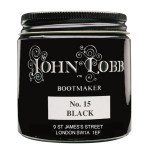 London’s Connaught Hotel is celebrated for its gentlemen’s- club atmosphere, bartenders who mix 19th-century cocktails — and now, the ultimate shoe shine. Through a partnership with John Lobb footwear, the five-star Mayfair hotel invites both guests and visitors to sit in a bespoke buffalo-leather chair, read a newspaper and sip a martini as a butler spends a full 30 minutes shining their shoes, using John Lobb brushes, cloths, wax and polish. The price: 30 pounds, or $47 at current exchange.

To make a reservation, e-mail johnlobb@the- connaught.co.uk. Or stay home and shine your own shoes, following three steps outlined by the Connaught’s senior butler Martin Binks:

1. Brush off dust (otherwise it will be sealed into the shoe); then apply a shoe cream and polish it off. The Connaught uses John Lobb’s cream and cloth, but an old pillowcase will also do.

2. Polish thoroughly for 10 minutes. This may seem obvious, but amateurs often miss spots in their haste.

3. Put a final shine on the toe cap. After applying an initial polish, Binks adds a couple of drops of water to the polish and rubs that into the polish that’s on the shoe, gradually adding a little more water and a little more polish. “It can take 10 to 15 minutes,” he says, “but every time you do it, it will get quicker.”