The name of the scent, Wonderstruck, came from “Enchanted,” a Swift song about meeting someone: “Wonderstruck, blushing all the way home.” 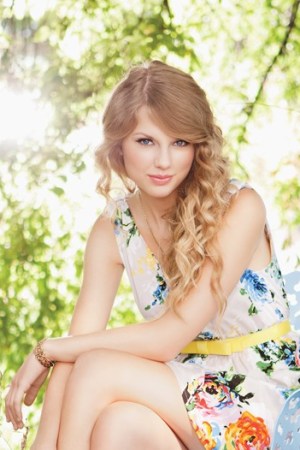 For Taylor Swift, her life and her music are one in the same. Now Elizabeth Arden hopes that the superstar’s horde of fervent fans will view Wonderstruck — her first fragrance — as part of that continuum.

The name of the women’s scent came from “Enchanted,” a Swift song about meeting someone: “Wonderstruck, blushing all the way home.”

Reached via e-mail in Los Angeles Wednesday, where she was nursing a bad case of laryngitis, the 21-year-old four-time Grammy Award winner stated: “I share personal life experiences through my music, and my fragrance will allow me to share these experiences with my fans in a completely different and new way. Falling in love is a moment every girl daydreams about and Wonderstruck represents that magical feeling of promise and hope and intrigue. It was fascinating to learn that you can layer so many different scents to create a beautiful end result.”

Arden, Swift’s fragrance licensee, expects to cut a swath through the fragrance market, considering that the country crossover superstar has more than 23 million Facebook fans and many millions on Twitter. Clearly Arden expects to take advantage of her cyber ranking as a digital superstar. The singer has her own social media platform so that she never is out of touch with her fans. As a further outreach, the company is preparing an extensive sampling campaign, including 37 million scented strips. There even is a sampling effort planned for Facebook.