These executives and designers have the potential to rise to the top of their respective fields. 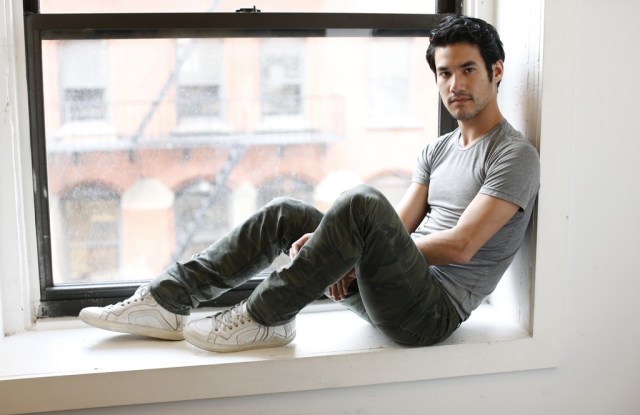 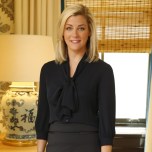 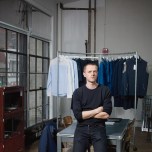 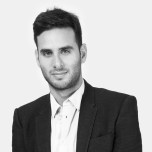 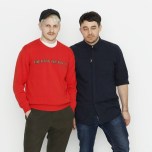 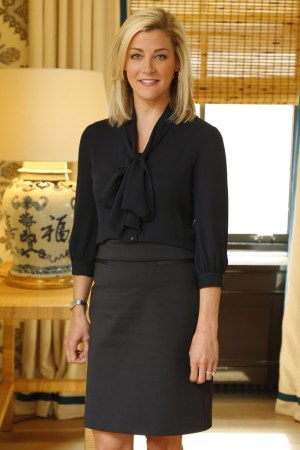 In an industry obsessed with youth and the eternal chase to preserve it, Joseph Altuzarra offers an unexpected counterpoint with refreshing candor.

“I was always really interested, and still am, in this woman who is not 25 years old,” the designer said, sitting in his studio on Howard Street in New York. “She is someone who could be in her 50s, her 60s, but who hasn’t lost her desire to seduce, to feel feminine and sexy. Basically it’s someone like Carine.”

Altuzarra was referring to Carine Roitfeld, the editor and fashion stylist, who he said perfectly embodies his strong aesthetic, as do women of different age demographics like stylist Vanessa Traina Snow, another muse. The versatility — teamed with a chic Parisian sensibility; in past seasons infused with Berber and Bollywood touches and a dose of American street — contributed to Altuzarra becoming one of the hottest names on the New York fashion circuit. At 29, his star continues to rise.

The son of a French-Basque father and an American mother, Altuzarra grew up in Paris’ Seventh Arrondissement, where he attended a traditional French lycée before moving Stateside for Swarthmore College in Pennsylvania. — Marc Karimzadeh

“I love how quickly the landscape changes,” said Miki Berardelli, chief marketing officer of Tory Burch. “I’ve always been drawn to digital and what’s next.”

The digital world is an arena where Burch is one of the most innovative fashion companies around. The brand has never advertised but builds brand awareness via Facebook, Tumblr, Instagram, Pinterest, Twitter, video and its own Web site. It will launch its first ad campaign in October for its fragrance with Estée Lauder Cos.

Burch began in February 2004 with a store on Elizabeth Street in New York and a Web site. Today, it operates a wholesale and e-commerce business and 84 freestanding stores globally, generating close to $1 billion in retail sales, according to sources.

Berardelli, who oversees marketing, public relations and e-commerce globally, explained that the company grew up alongside the rise of the digital age and there was never a hurdle to embracing the new landscape. — Lisa Lockwood

Tim Coppens is not the ebullient sort.

The Belgian-born designer, who launched his men’s wear collection in 2011, smiles rarely and takes his craft quite seriously. But while he may not be the back-slapping, joke-a-minute type, he’s definitely doing something right.

An avid snowboarder and cyclist, his special take on men’s wear is helping to define a new aesthetic of a global youth movement with a blend of streetwear and athleticism. He has developed an expertise in tailoring luxury fabrics with technologically advanced materials. Barneys New York was the first retailer to sign on to buy his collection in its debut season. Stockists now also include Louis Boston, Altai in Los Angeles, LN-CC in the U.K. and Isetan in Tokyo. — Jean E. Palmieri

When Justin Cooke joined Topshop as chief marketing officer nine months ago, the brand’s most viewed video on YouTube — a two-year-old short featuring Kate Moss — received less than 100,000 views. On Sept. 16 of last year, the first video initiative spearheaded by Cooke, a partnership with Facebook for the spring 2013 runway show, garnered over 2 million views.

“I wanted it to land on that time. I really think about every detail. It’s about understanding the consumer, and different moments, times and seconds in our lives. Everything online is a fleeting moment, so you have to make the feeling stay with them for longer. You have to capture them,” Cooke said of the impetus behind the nearly 450-door retailer’s innovative digital strategy, where video has begun to play a bigger role than ever. “Video is really platform specific, like 30 seconds is good for mobile, and if you’re on Facebook, no one really watches for more than 27 seconds. We tailor all of our programming of content around these learnings.” — Rachel Strugatz

NEXT: CREATURES OF THE WIND’S SHANE GABIER AND CHRISTOPHER PETERS >>

CREATURES OF THE WIND’S SHANE GABIER AND CHRISTOPHER PETERS

A lot sets Shane Gabier and Christopher Peters apart from their peers.

For one, there’s the unusual name of their label: not the typical pairing of their last names, but Creatures of the Wind, taken from a line in the old Johnny Mathis song “Wild Is the Wind.” The tune inspired Nina Simone, David Bowie and George Michael to do remakes, and, in 2008, it gave the two designers a phrase on which to pin their fashion aspirations. Then, there is their home base: Chicago, the Windy City.

It’s exactly those differences, though, that — coupled with the duo’s talent and charmingly quirky and slightly nerdy demeanor — is now touching a fashion nerve. Creatures, as it’s casually bandied about in fashion circles, has become one of the hottest tickets of New York fashion week. — Marc Karimzadeh

“When I was three years old, I would take empty tubes of [body] creams and I would pretend to apply cream to my arms, and I would spend hours doing this,” said the Chanel executive, who also confessed to pinching her mother’s lipsticks as a makeup-loving teenager. “My mother and I were talking about this recently, and she said to me, ‘You’ve really found your way.’”

When Claire Distenfeld opened her boutique Fivestory in April 2012 in a townhouse on New York’s Upper East Side, the press pounced. Partially because Distenfeld had hired good public relations and partly because the idea of a new multibrand luxury fashion store — not a Web site — seemed novel in this age of e-commerce domination.

In the case of Fivestory, the real brick and mortar was a historic brownstone on Manhattan’s East 69th Street, gutted and refilled with black-and-white marble floors, polished stone and tufted velvet furnishings by designer Ryan Korban. Before construction was complete, Fivestory had been written up in Vogue and The New York Times based purely on Distenfeld’s bravado. With no real retail experience, the then-26-year-old, who was coming off a brief stint in the art world, had been putting her store in the same sentence as such famed boutiques as 10 Corso Como and Colette.

Perhaps it wasn’t that easy, but a year into its existence Fivestory remains a name on the right people’s lips. — Jessica Iredale

Three flights up a Parisian townhouse built in 1750, there are double doors on the right with a nameplate not much larger than a postage stamp. It reads “bouchra jarrar,” all lowercase.

The diminutive sign reflects neither the talent nor ambitions of the unit’s occupant, one of Paris’ brightest new fashion talents, who happens to have almost 20 years of experience under her belt.

The sign does, however, hint at her exacting, old-school approach to fashion, one that puts quality and technical finesse ahead of razzmatazz.

Since launching her signature label in 2010 during couture week in Paris, at the outset of Europe’s recessionary funk, Jarrar has accrued a cultlike following for her streamlined, elegant sportswear. — Miles Socha

NEXT: DOUG MACK, ONE KINGS LANE >>

Four-year-old One Kings Lane, the home industry’s leading flash-sale site, is on track to surpass $300 million in sales this year.

When chief executive officer Doug Mack joined the company in 2010, a year after the site launched in March 2009, he reframed its mission — instead of being the first to bring the flash-sale business model to all things home-related, he wanted to become the number-one commerce destination for the home. His goal is to reach more than $1 billion in revenue.

Today, the site has nearly eight million members and launches between 2,000 and 3,000 new products a day. In 2011, the site did $100 million in sales, and in 2012 this more than doubled to over $200 million, according to Mack. Mobile as a percentage of revenue is about two times what it was at this time last year, and 28 percent of overall sales and 33 percent of traffic come from a mobile device. From its inception to today, 80 percent of monthly revenues come from repeat shoppers. — Rachel Strugatz

How did two straight guys from England without a stitch of fashion or design experience between them turn a pair of jeans into a surging American brand that’s in more than 700 doors globally?

David Neville and Marcus Wainwright, who met as teenagers at a boarding school in England, don’t consider Rag & Bone a denim company despite a healthy jeans business, but the label’s roots go back to a simple, rudderless moment in Wainwright’s life. In 2001, after living in New York for five months with nothing better to do — no job prospects, fashion or otherwise — he decided on a whim to try to make himself the ultimate pair of jeans. “That was the initial sort of seed that led to us to the Yellow Pages, looking up patternmakers, going up to the Garment District to try to find denim,” Wainwright said.

It’s not as romantic and happily accidental as that. Wainwright, who at the time was in business with another schoolmate from England, Nathan Bogle (he eventually left the company), had the foresight to trademark Rag & Bone in 2002, two years before he had any product to show. His first attempt at producing an order with a Chinese agent was “pretty crushing,” he said. “There was no soul to the product. It didn’t have that timeless feeling. It wasn’t well made. Everything was wrong with it from my perspective.” — Jessica Iredale