NEW YORK — For fall 2004, designers will be taking bold steps to ensure that their brands stand out in a crowded fashion field, according to a recent presentation by Sandy MacLennan, trend consultant for Tencel. 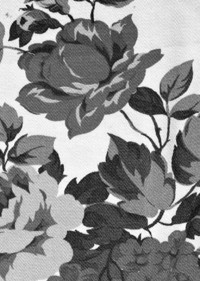 NEW YORK — For fall 2004, designers will be taking bold steps to ensure that their brands stand out in a crowded fashion field, according to a recent presentation by Sandy MacLennan, trend consultant for Tencel.

This story first appeared in the January 13, 2004 issue of WWD. Subscribe Today.

“PV was great,” he said, referring to the recent Premiere Vision fabric show in Paris. “It was full of creativity and enthusiasm and the mood was matched at retail, there were lots of choices.”

“Designers are making big statements so that their brand will be noticed,” he said. “The offer will be very mixed and choice will be a matter of taste. Underpinning all this will be seriously well-developed casual sportswear offer that will influence all the season’s looks.”

He sketched out two key color groups for the season.

“One side shows an indulgent, rich, light and colorful story, which is about treating and spoiling yourself,” he said. “The other invites us to wrap and cocoon ourselves in colors that are warm and contrasting.”

The first group he showed was a sophisticated mix of rich brown tones with clear and playful brights used as accents. The mood, noted MacLennan, was very feminine. The second group included warm oranges and yellows, with black as a base.

“They are core, elemental basics that are rooted in a natural inspiration,” he said.

The five trend groupings for fabric and shape were called Old Rules, Show Off, New School, Junior Vintage and Codes and Customs.

Old Rules was dominated by traditions. The grouping took its inspiration from autumn landscapes and the tension between dressing up and functionality, said MacLennan. Fabrics included garment-washed velvets, corduroys and moleskins, soft and warm-handed jerseys, while shapes consisted of long-line jackets, shrunken trousers and pencil skirts.

Show Off is the antithesis of Old Rules. “It’s almost throwaway fashion,” MacLennan said. “There’s a trashy, glamorous, artificial look to it where enthusiasm and fun are the driving forces behind it.” In this group, clashing colors of ultrabright tones were used on lightweight, smooth and lustrous jerseys, as well as cloqués, crepes, velours and velvets, all used on exaggerated shapes.

Heavily washed, core classics rounded out the fabric selection that included brightly colored jerseys mixed with corduroy or canvas as well as double-faced mélange jerseys. Silhouettes centered around sweatshirt dressing. “It’s a casual feel, yet a bit cleaned up with hoodies and zip-ups combined with classically proportioned jackets and pants,” said MacLennan.

Retro looks were a key component of Junior Vintage. “Colors here are light and playful and styles are neat and sharp,” he said. Jeanswear played a strong role in this grouping — washes either looked old, pale, pristine, authentic or were a hybrid of those characteristics. Jacquard designs were featured on many of the styles. Mixed in with the denim were warm wools, flat cotton blends and dense moleskins.

Codes and Customs, the most commercial of all the groupings, highlighted formal dressing with a soft and luxurious touch. “Here, the focus is powerful silhouettes and strong, monochromatic contrasts,” MacLennan said. Wool blends, such as mélange twists, herringbones and worsted looks, were key. For evening, the feel was more luxurious with silk blends and velvets with washed finishes to undermine the structure of the cloth. Shapes were classic, yet softened. Trenchcoats and other military styles, “boyfriend” jackets and crisp white shirts were all toned down in this grouping.