From the turn of the last century, youthful fashion came to the fore. 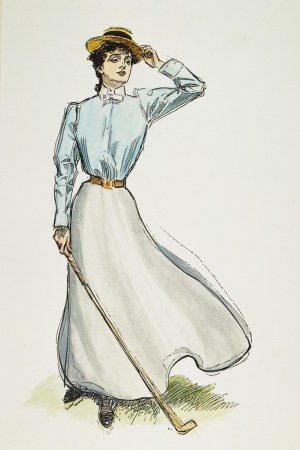 From the turn of the last century, youthful fashion came to the fore. Trends included:

• Bobby-soxers and Frank Sinatra; music’s screaming legions of young girls are born in 1946.

• Saddle shoes bring their two-tone panache to the student uniform.

See More Trends in the Slideshow >>

• Calvin Klein makes his name with clean-cut sportswear for women, his jeans and his sexy
underwear for men, shown in startling ads.

• Michael Jackson, a one-man hit factory in the Eighties; his dances and costumes are big influences.

• Madonna: The protean singer has been a fashion influence since her early Eighties Boy Toy
days.

• Tattoos go mainstream in the Nineties and Aughts, giving members of every generation plenty to regret.