The Art of Dior in Beijing 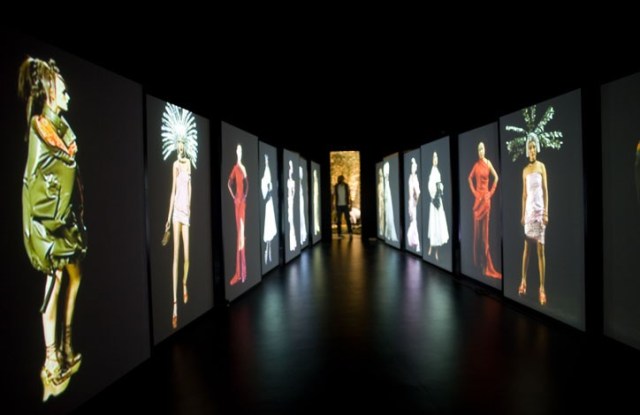 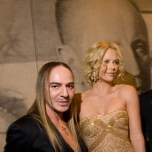 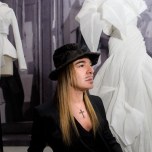 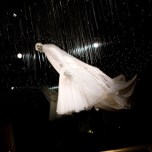 BEIJING — Christian Dior Couture upped the international fashion ante here on Saturday with the unveiling of a Dior-themed art exhibit created by some of the hottest stars of the Chinese contemporary art world.

In barely over a year, the Chinese capital has seen Fendi and Karl Lagerfeld use the Great Wall as a catwalk, Yohji Yamamoto take over the previously Forbidden City for a runway show and scores of other international branding events break down old barriers and push the envelope. Dior executives, looking for a new way to turn heads in China, knew they had to come up with something unique to create a buzz in today’s Beijing, a place ever more inundated with high-profile and innovative fashion events.

Sidney Toledano, president and chief executive of Dior, said the Chinese fashion scene is demanding more creativity and more interesting presentations. With Asia on a certain path to becoming the company’s number-two market and Greater China on track to be number one in Asia, making an impression here is more important than ever.

“We had the idea to do something in China that was more than just a fashion show,” said Toledano. “This country is asking for more.”

And more is what Dior gave China this weekend with what seemed to be the must-attend event of the fall. In a dramatic fusion of art and fashion, corporate branding and artistic creativity, the French fashion house unveiled the creations of 21 Chinese contemporary artists commissioned to create pieces inspired by Dior. The idea — which was hatched by Toledano and his boss, LVMH Moët Hennessy Louis Vuitton chief and Chinese modern art buff Bernard Arnault, some two years ago — has been in the creation stage for more than a year.

The exhibit is designed as an intertwined journey through Dior fashion history and Chinese contemporary art, combining the presentation of nearly 90 Dior couture pieces dating back to 1947 with the designs of some of the nation’s hottest artists. The journey begins with 20 photographs from Quentin Shih, who traveled to Paris to shoot top models in Dior fashions.

Shih presents the models in glass boxes surrounded by watching, slightly washed-out images of Chinese people in matching, dated dress against bleak landscapes. The contrasts presented in his photos, Shih said, illustrate the gap between most Chinese people and high fashion, luxury brands.

The journey continues into a Chinese garden-styled exhibition floor with connecting rooms housing most of the pieces. The 32,000-square-foot presentation, mostly connected with bamboo walkways and backed by at-times disorienting mirrors and lighting, is a multisensory experience with a musical score created and mixed by British DJ Jeremy Healy and fashion event producer Alexandre de Betak for Dior.

The exhibit includes other iconic pieces like Qiu Zhijie’s luminous silver sculptures, inspired by Dior jewelry and hung from the gallery ceiling like stalactites. Zhang Dali contributed a portrait of Dior artistic director John Galliano is his signature AK-47 pattern, while Zhang Huan used his special incense ash for his rendering of house founder Christian Dior.

The portraits of Galliano and Dior hang on either side of the show-stopping installation of the exhibit, “Giant No. 3,” Zhang Huan’s massive foam-and-cowhide sculpture of what might be a pregnant Buddha with a smaller man hanging off its back. The 15-foot-tall piece, owned by Arnault and flown in from New York, wasn’t made for this exhibition but hasn’t been shown in China before.

Saturday’s opening at the Ullens Center of Contemporary Art drew 350 people, including scads of celebrities, business people and art luminaries, to Beijing’s Dashanzi district. There, an old industrial factory complex since converted into a series of galleries and art work spaces, has grown into the beating heart of China’s vibrant contemporary art scene.

But as the country’s modern art movement has caught fire with international collectors and prices have soared on the world market, so too have complaints the work has become too commercial. The Dior project could serve to exacerbate that criticism, given that top artists like Zhang Dali, Zhang Xiaogang and Li Songsong were commissioned to create luxury brand-inspired pieces.

Of course, not all the pieces in the exhibit pay blind homage to the greatness of fashion. In the catalogue of the exhibition, Li Songsong describes his take on the Lady Dior bag — a 23-foot-tall handbag made of fluorescent light tubes — as a meditation on “greatness, luminosity, wastefulness.”

Galliano, who spent three weeks traveling across China in 2002 for inspiration, dismissed criticism of Chinese art as overly commercial and said he finds it impressive. The designer, who was on hand for the opening, said he continues to be surprised by China and its modernization. Galliano said he is “inspired by many things” here and his favorite aspect of China is how old and new cultures, traditions and art have been blended in cities and in the countryside.

“All of it works together in a very harmonious way,” he said. “There’s a great energy here.”

Following the exhibition opening, international stars including Charlize Theron, Eva Green, Marion Cotillard, Michelle Yeoh and Maggie Cheung joined Galliano, Dior executives and Chinese artists, along with others from the art and fashion worlds, for a French dinner in one of the converted factory spaces adjacent to the art center. �