The Art of Retail 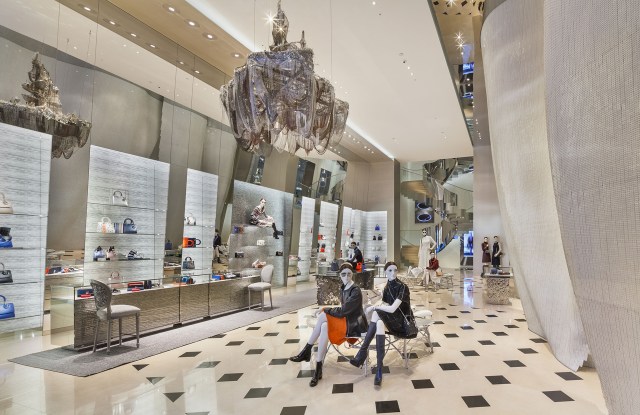 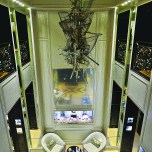 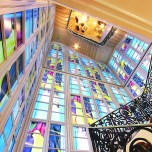 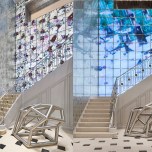 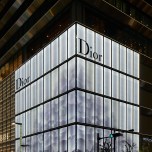 There’s nothing average or predictable about a Dior flagship — each location is strictly made-to-measure and built with the finest materials. Whether housed in Atelier Christian de Portzamparc’s ground-up construction in Seoul, or in a hotel particulier on the Avenue Montaigne in Paris, the flagships are among Dior’s most important and highly visible advertising vehicles.

“It’s a city-by-city, country-by-country case study,” said Peter Marino, the architect entrusted with designing the Dior retail fleet for nearly 23 years. “After we were done with Paris and established a look for the boutiques around the world, I could reflect the culture and newness of Seoul or [history] of London.”

Marino revealed that Dior will boost its Parisian presence with an upcoming flagship. Dior’s existing stores in the City of Light include the Avenue Montaigne flagship, unit on the Rue Royale and fine jewelry and timepiece boutique on the Place Vendôme. “We’re doing a new boutique in Paris at yet another new location,” Marino said, declining to identify the spot. “It will be very interesting. We found a location and purchased several buildings to put together. The store will be 8,000 square feet.”

The architect noted that Dior operates four stores in Tokyo and men’s and women’s units on 57th Street, as well a store on Greene Street in SoHo, in Manhattan. “The stores serve different markets,” he said.

“Our future plan, in about two-and-a-half years, is to open a store in California,” said Marino, declining to be more specific. “The brand is on a roll.”

Dior chief executive officer Sidney Toledano has described the importance of branded stores, saying, “We do very well with the department stores [but] they only have limited space. We want to show all the products of Dior.…And we needed space also to sell to the clients, VIP rooms and space where you could do presentations.”

To express a city whose prospects and outlook are on the rise, Marino filled the 10,300-square-foot six-level flagship in Seoul with art such as Paul Evans’ aggressive metal furniture and Tokyo-based Nendo’s designs in stainless steel. “South Korea is the brave new world,” Marino added. “It’s exploding with frenetic energy. It only started awakening in the Nineties. There’s a newness and economic [confidence].”

The largest Dior store in Asia when it bowed in June 2016, the Seoul unit features smoked glass and verre églomisé (reverse gilded and painted glass). Fiberglass forms wrap a corner of the building and look like newly opened petals. South Korean artist Lee Bul’s sculpture of twisted chains, beads and crystals looks down on semicircular benches by Claude Lalanne, and white powder-coated paillettes shimmer on a curtain in the handbag area.

The greatest luxury of all — space — allowed Dior to open a café and gallery at the Seoul store. French pastry chef Pierre Hermé oversees the eatery on the flagship’s top floor, with cloud-shaped mirrors on the ceiling and seating in pastel shades meant to suggest macarons.

Dior’s Tokyo Ginza flagship, which opened in April and is the brand’s largest store in Japan, features a specially designed facade of back-lit panels by Japanese architect Yoshio Taniguchi, who in 2004 redesigned New York’s Museum of Modern Art. “I was influenced by Taniguchi,” Marino said, adding, “We’re not just a dumb building.”

Dior’s new boutique occupies five floors in Ginza Six, the popular Tokyo shopping district, and has a café. Most important to Japanese customers are the products, so Marino took care not to obscure any of the merchandise.

Past Dior designers, including John Galliano and Raf Simons, and now, Maria Grazia Chiuri, have had a laissez-faire approach to the stores, according to Marino. “It’s different amounts,” he said. “In general, designers who have to do four collections a year have no time. The ideas have to come from me. The designers certainly have opinions and comments.”

With Gianfranco Ferré and Galliano, who succeeded him, “the codes became fewer and fewer,” Marino said.” [Chiuri] is more of a populist.”

Marino, who also works with Chanel and Louis Vuitton, among other brands, keeps each fashion house in its own compartment in his head, down to each one’s key colors. Dior’s is a certain gray that the architect calls “French white. It’s very elegant and based on the Louis XIV paneling you see at Versailles. The shade of gray depends on how heavy you paint the glaze. We’re putting less and less glaze, so the boutiques are getting whiter. But we vary it.”

At the Ginza flagship in Tokyo, for example, Marino created a dégradé effect, starting with almost-white walls on the first floor, the shade growing increasingly dark on the second and third floors to full-on gray on the fourth level.

Attention to details that consumers may or may not notice aren’t overlooked. “We use three-quarter-inch-thick carpet,” Marino said. “We put incredible lacquers and glazes on the walls. We keep our boutiques luxurious, because at these prices, I don’t believe clients are shopping online. The Internet is going after the lower-end. Luxury buyers enjoy the experience. My job is to make sure they enjoy the paintings and sculptures. I even use scented candles.”