LONDON — “It was waiting to happen. Every other major city had an international art fair except for London — and it just didn’t make sense,” said Matthew Slotover, co-founder of the Frieze Art Fair, which opens to the... 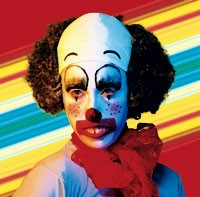 LONDON — “It was waiting to happen. Every other major city had an international art fair except for London — and it just didn’t make sense,” said Matthew Slotover, co-founder of the Frieze Art Fair, which opens to the public here today — and is already the talk of the town.

The fair, which debuted last year, is now the largest contemporary art event ever held in the U.K., and runs until Monday in Regent’s Park. Some 30,000 visitors are expected to attend.

Gwyneth Paltrow and Laura Bailey were already spotted making the rounds of the 150 galleries, which hail from Manhattan to Milan and Melbourne. They are showing and selling works by artists including David Hockney, Anish Kapoor, Damien Hirst, Keith Tyson, Matthew Barney and Francesco Vezzoli.

Ubercool London architect David Adjaye designed the airy white tent — with a scrim over the top that lets in as much natural light as possible. The food is made by the head chef from The Ivy and Le Caprice.

“They’ve really thought creatively and outside the box — from the venue and tent to the catalogue and the food. It has a good look and feel,” said Barbara Gladstone of Manhattan’s Gladstone Gallery, who is showing at the fair for the first time. “There is a lovely cross section of young art here, and no preponderance of any one country.”

Amanda Sharp, who founded the fair with Slotover (both are publishers of frieze magazine) said she sees the fair as a democratic project.

“Coming here is not as intimidating as going to a gallery. People can look at the art on a wall, talk about it with the person at the stand and buy it,” said Sharp, adding the fair isn’t only about commerce. “The London art scene is about creative energy more than money right now. And that’s the spirit we’re aiming to capture.”

Unlike many other art fairs, Frieze will also host a variety of performances and events. There will be a three-day music event, lectures, panel discussions and educational programs in local schools. The organizers have also commissioned new works from young artists such as Emma Kay, Adam Chodzko and Annika Eriksson.

Slotover said it took a lot of convincing to get the idea off the ground — even if it seemed like a blatantly obvious one.

“Yes, there was a hole in the market for a fair like this, but in London, I think, we tend to do ourselves down. So many gallery owners said no one would come to London for a fair. But it turns out that London is the ideal venue for this kind of event — it’s a central point between Europe and the U.S.”

On Wednesday night, Cartier hosted a dinner party for about 80 guests from the art world at Yauatcha in Soho to kick off the event.

“We’ve got a budget and a producer, but the film is still in Jake’s and my head,” said the artist known for his disturbing installations. “And, oh yes, it’s gonna be dark.”