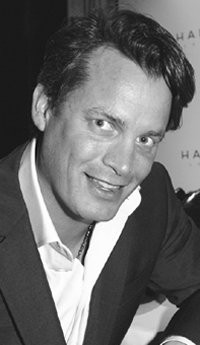 They came, they saw, but conquering the red carpet may have to wait for another time.

It should have been a banner year for the British coming to town. So many young Londoners were set to hit the party circuit and dress VIPs — at least those hitting the periphery of events surrounding the Oscars — that the buzz alone began to rival that around the old-guard Italians and French (who, nonetheless, locked up the major stars for the big show long ago).

Yet as Oscar week got under way last Monday, the first indication global politics would be affecting the fashion industry’s role came when designer Matthew Williamson impulsively called his Los Angeles publicist to cancel his trip. A few blocks east, another publicist was getting word from Serena Rees of Agent Provocateur that, she and her husband and business partner Joseph Corre would also remain in London.

The news of Williamson’s cancellation left actress Rachel Griffiths pondering aloud Monday eve at Jimmy Choo’s Peninsula Hotel suite whether the two frocks he created for her would still be coming (they did).

The first Brit to hit town was Jade Jagger, who jetted into Los Angeles in January to kick off the “Oscar kookiness,” as she called it, by scoping out the town she hadn’t seen since assuming the creative director post at British fine jewelry house Garrard in fall 2001. She returned last week to man Garrard’s very own bungalow at the Beverly Hills Hotel.

“It’s an old jewelry tradition to come out for the Oscars and woo,” said Jagger last Tuesday afternoon. “It’s really important to me to meet people who want to borrow or want to buy Garrard, especially when the ideas for the collection are a little different from what’s out there. It’s important for them to meet the person behind it.”

For the Oscars, Jagger designed a sizeable winged heart pendant, which could as easily work on a Harley Davidson as the red carpet. She brandished the $1.2 million piece, along with a $1.5 million tiara, at her Friday night soiree inside a main villa at the Sunset Marquis Hotel. Even with the war raging, business needed to continue, she insisted, and the party was as much a brand-awareness opportunity as the bungalow. But with actresses toning down the jewelry for the Oscar red carpet, the tiara ended up crowning actress Brittany Murphy at the Vanity Fair after-party Sunday, while Natalie Portman chose to wear demure Garrard diamond earrings and a bracelet at Sunday’s parties.

“I don’t think showing your beauty has to be reflective of your politics,” Jagger noted.

But politics cast a shadow up the hill, at a private home with a 180-degree view of the city and some of beauty’s top talents, such as stylist Sally Hershberger, booked through the week to tend A-listers at W magazine’s Hollywood Retreat Suite (W is WWD’s sister publication). There, Stella McCartney was set to cohost a lunch Thursday — but the day created mixed feelings for the designing activist.

“I committed to this event a while ago, and I’m not one to cancel my commitments,” said McCartney, who had interrupted her rest stop in Arizona for the invite-only meal, which attracted such guests as Aimee Mann, Jacqui Getty and Gina Gershon.

“It’s not for me to make a statement on whether the Oscars or any other event should be canceled,” continued McCartney, who’s soon to open a Los Angeles store. “There are two trains of thought: don’t do anything or carry on business as usual. I wouldn’t want to make a big political statement of either of the two options.”

Appropriateness was the operative approach — for McCartney and others who managed to make it into town. The designer, dressed in a snuggly stretched Fifties crepe dress and her own patent vegan-conscious heels, is returning here today from Arizona to be the honoree of the Cedars-Sinai Research for Women’s Cancers Center benefit in Beverly Hills.

“That’s something that’s more important to me than selling frocks,” she said of the cause. “You can’t knock a charity that’s raising millions for things like breast cancer. Breast cancer is probably killing more people than are killed in war, and it’s something that happens daily, year after year.”

Like Jagger and McCartney, this Oscar week was a first for Sloane Street designer Maria Grachvogel and Savile Row’s Oswald Boateng.

Grachvogel, who sells locally at Les Habitudes and counts Halle Berry, Angelina Jolie and Emma Thompson among her cinema clients, booked her trip in early March. “It wasn’t a serious ‘I’m going to take a suite and do the whole Oscar thing,’” she said Friday afternoon at the Peninsula Hotel room she shared as a showroom with a jewelry designing friend. “I came with reasonably low expectations, but I’ve been surprised at the reaction from stylists who’ve been taking things throughout the week.”

Fellow Brit Tamara Mellon of Jimmy Choo encouraged Grachvogel to make the trip, she said. For Mellon and designer Sandra Choi, this Oscars marked the footwear company’s fourth visit. “It’s been a week of really mixed feelings,” Mellon reflected Friday afternoon at the Choo suite in the Peninsula Hotel, as a swirl of stylists and celebrities considered their stiletto options around her. “People are interested in what’s going, but they don’t want to be seen as celebrating.”

Husband Mathew Mellon took up a suite around the corner to formally introduce his Harry’s London men’s shoe line. In order to maximize exposure, he and designer Boateng, who arrived Thursday in Los Angeles and worked out of a second floor suite in the hotel, referred vips to each other’s rooms.

Boateng lost one of his highest-profile clients when Will Smith opted out of attending Sunday’s big show because of the war. But the men’s wear designer still scored big, with custom suits for best-actor nominee Daniel Day-Lewis and “Y Tu Mama Tambien’s” Gael Garcia Bernal, who made one of the Oscar evening’s more political comments when he introduced the live act for the song from “Frida.”

“Last year’s visit was a real eye opener for me,” said Boateng, noting Smith topped the best-dressed lists in his suits. Of course, Boateng did everything he could to generate the buzz, hiring local PR powerhouse PMK.

Grachvogel, too, made the rounds with a locally based publicist friend who once lived in London. “Once you got passed the first few words of ‘Hi, how are you,’ everybody just talked about the war. Still, it’s been really good for me this week. I’ve never done this before so I have no benchmark, but I will be back.”