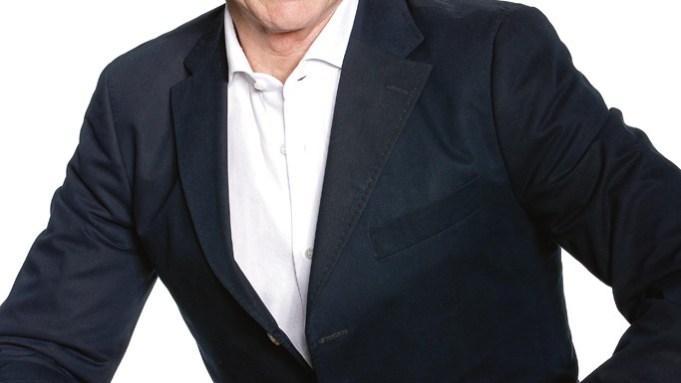 From selling jeans out of a Volkswagen Beetle in Elmira, N.Y., to selling more than $5.6 billion of lifestyle products in countless retail outposts around the world, Tommy Hilfiger’s adventure has been both remarkably focused and wildly unpredictable.

Growing up, he always knew he wanted to impact the world of style and run his own company — or at least he came to that conclusion after he realized a musical career wasn’t in the cards. But Hilfiger couldn’t have predicted a decades-long ride on which he would find early success in New York City, go bankrupt at 23, skyrocket to fame via “preppy with a twist,” become the go-to designer for urban style- setters, hit a wall in the late Nineties and orchestrate a dramatic reascent to the top, along the way always managing to find the right partners at the right time.

Now, in an ambassadorial-oversight role, Hilfiger remains as engaged as ever in growing the company he founded while keeping its fashion offerings fresh and exciting. “On one hand, it’s obviously an honor [to receive the Lifetime Achievement Award],” he says. “On the other hand, I think I’ve got so much more to do.”

Fashion as an industry and fashion people as a collective are not easily awed — certainly not by their own. Rei Kawakubo awes. The ultimate designer’s designer, she possesses a radical genius that both compels and inspires. Again and again at Comme des Garçons, Kawakubo sets impossible standards for creativity and risk, only to thrust past them herself the next time out. Case in point: the fall collection that had everyone in the industry talking — once having recovered facility for speech. The exploration of a world in two dimensions was extraordinary — big, bold and even fanciful — Kawakubo at her mind-blowing, brilliant best.

Johnny Depp is a true original of men’s style and is the first man to win the CFDA’s Fashion Icon award, which has gone previously to the likes of C.Z. Guest, Kate Moss and Iman. Depp stands out for flouting — with a wink — the traditional rules of fashion, preferring to create an idiosyncratic personal style that borrows elements from Edwardian dandies, retro gangsters, punk rockers and, yes, even pirates. He’s partial to scarves, Seventies-style tinted glasses, fedoras, facial hair, suspenders, oversize collars and plenty of jewelry. It’s a hard look to pull off, but Depp has the attitude, talent and — most importantly — the cheekbones to almost always make it work, while invariably leaving a lasting impression.

NEXT: MEDIA AWARD, IN MEMORY OF EUGENIA SHEPPARD >>

Scott Schuman and Garance Doré were pioneers in popularizing street- style photography on their respective blogs, The Sartorialist, based in New York, and Garance Doré, originally based in Paris but now in New York. In a picture-perfect synergy of digital entrepreneurship, the duo are now a real-life couple and both remain among the most prominent and original figures in the rapidly proliferating panoply of style blogs. Each has parlayed a shutterbug passion into multifaceted businesses that include shooting commercially for clients like Gant, DKNY Jeans and Absolut on the part of Schuman, and Moschino and Club Monaco for Doré. Shuman has even appeared on the other side of the camera in campaigns for Gap and Verizon.

NEXT: FOUNDERS AWARD, IN MEMORY OF ELEANOR LAMBERT >>

Theory president Andrew Rosen has built a growing empire in the contemporary and designer areas. Besides heading the $750 million Theory and Helmut Lang brands, Rosen has invested in Proenza Schouler, Alice + Olivia, Rag & Bone, Gryphon and Aiko. In 2010, Rosen enticed Belgian designer Olivier Theyskens to Theory as artistic director. A third-generation fashion executive who has mastered the dramatic transition from Garment Center to global marketplace, Rosen trained in his family business, Puritan Fashions, and rose to chief executive officer before becoming ceo of Anne Klein.