The critically acclaimed London exhibition focuses on the legendary filmmaker and is packed with fashion, illustrations, film sets and interviews. 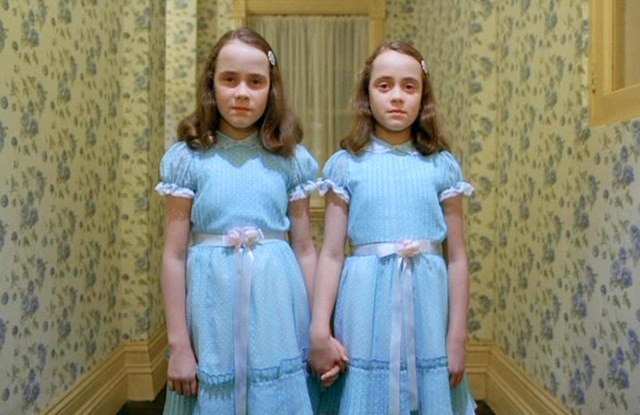 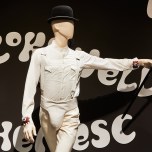 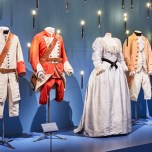 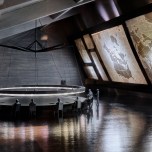 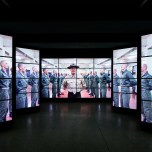 LONDON — Marking the 20th anniversary of Stanley Kubrick’s death, the Design Museum has become the latest host to a traveling retrospective that explores the director’s extraordinary career and creative process. It’s not just for film buffs, either.

The exhibition, which runs until Sept. 15, features some 700 objects, films, interviews, letters, original scripts, props and cameras — and a good amount of fashion, too. Costumes and illustrations from films such as “Spartacus,” “A Clockwork Orange,” “The Shining” and “2001: A Space Odyssey” are a key part of the immersive experience.

Designer Arlington Valles’ sketches show in great detail how Kubrick wanted his Roman characters to wear their draped clothing in “Spartacus,” while Milena Canonero, who worked with Kubrick on three films — “A Clockwork Orange,” “The Shining” and “Barry Lyndon,” for which she received an Academy Award — helped the filmmaker to create some of the most memorable fashion moments.

Canonero’s designs for “Clockwork” reflected how young people were dressed in late Sixties London. In “Lyndon,” some of the costumes were genuine antique clothes bought at auction, while others were made using paintings from the period for reference.

Dresses and shoes worn by actresses Lisa and Louise Burns, who played the scary twins in “The Shining,” and the Apollo 11 jumper worn by young Danny Lloyd as Danny Torrance in the same film are examples of how Kubrick’s vision has inspired generations of designers.

Coach’s graphic Apollo spaceship sweater in Stuart Vevers’ inaugural collection in 2015 was a clear tribute to “The Shining,” while Undercover’s Jun Takahashi featured iconic scenes from “A Clockwork Orange” and “2001: A Space Odyssey” as prints on his own brand for fall 2019 and fall 2018 collection, respectively.

Sacai’s Chitose Abe name-checked the Droogs from “Clockwork” in her spring 2017 men’s collection.

The cape and mask worn by Tom Cruise as Dr. William Hartford in Kubrick’s final film, “Eyes Wide Shut,” are also on display as are pieces from the collaboration between Hardy Amies and Kubrick on “2001: A Space Odyssey.”

Amies designed uniforms for the Pan Am and Aeroflot airline crews, and outfits for the Soviet scientist encountered by Dr. Heywood on his journey to the Clavius Moon Base.