The Discreet Charm of Dominic Cooper 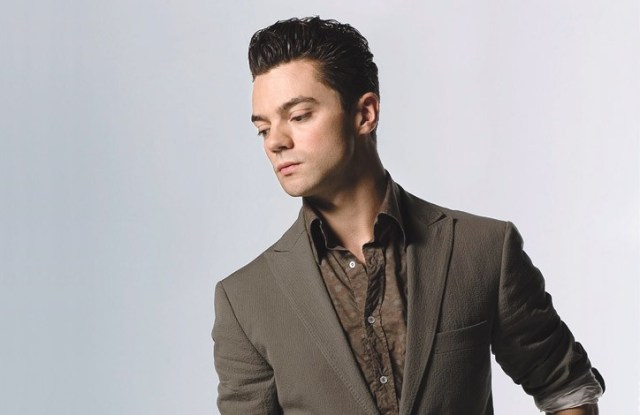 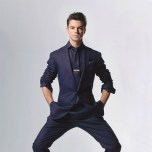 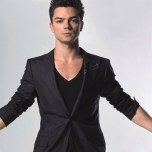 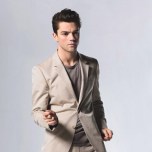 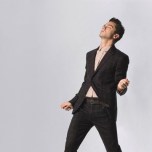 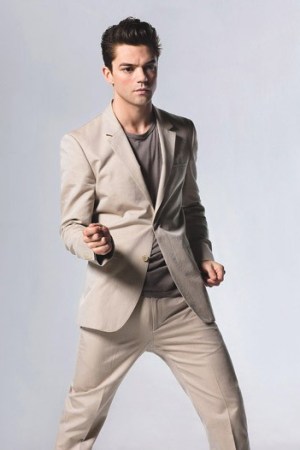 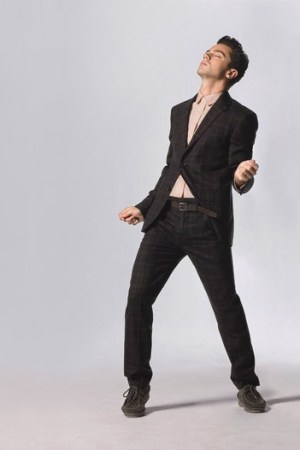 There are a few adjectives that come up with extreme, almost comedic frequency when discussing Dominic Cooper and the spate of often mischievous, sometimes devilish, almost always cheeky roles he has been enlisted to play.

Charming, for one. Sexy. Fun.

“There is something quite pathetic about him that is charming,” says Gemma Arterton of Ben, the rock star Cooper channels in the film “Tamara Drewe,” out this month, in which she co-stars.

“I cast a sexy lout to play a sexy lout,” says the film’s director, Stephen Frears.

“He likes to not take things too seriously and have fun, even though he takes his career seriously,” adds Arterton of Cooper himself.

“He was just good fun, brightened things up when he turned up,” says Frears.

One could do far worse in the epithet department.

On a bright fall afternoon, the subject of this complimentary litany seems to be having little trouble living up to these descriptors. He settles into a table at Barbuto restaurant wearing a black Prada blazer, a Joseph V-neck T-shirt and Prps jeans (“That does sound like I’m a bit fashion conscious. I’m not…I consider it. I’m shallow enough for it to affect how I feel.”). And Cooper even manages to make the art of choosing a white wine seem, well, charming — if not a bit neurotic — when his first glass of Vernaccia proves dissatisfactory.

Cooper: “How come I really dislike that wine now? I find it quite tight. I should be enjoying it much more.”

Waitress: “The other ones are going to be tart.”

Cooper, looking at the pinot grigio: “I don’t like the color of that one. That one makes me feel like I just wee-wee’d.”

Waitress, giving him a tasting: “That one’s a sauvignon blanc and this one’s the Lugano.”

Waitress, exasperated but utterly amused: “That one is very tart.”

Cooper clearly has experience with such repartee. For starters, his path to landing the role of Ben, a black-eyeliner-wearing, yellow-Porsche-driving drummer who crashes a quiet village in Dorset, England, when he snags the resident hottie Tamara (Arterton), was paved with obstacles. The 32-year-old originally met with Frears for the lead in “Chéri” (which went to Rupert Friend).

“I walked through the door so excited to meet Stephen Frears, because I’ve always loved his work, and he took one look at me and went, ‘Nope, nope, get out! Completely wrong! This character’s got long, beautifully flowing hair. You look like a brute,’ ” recalls Cooper, who at the time had close-cropped locks. “So we had this argument, but it was done with a certain level of humor…and it kind of ended and [he said], ‘Well bugger off.’”

“I mean, I could tell immediately he was wrong,” says Frears. “Then I ran into him in Berlin, where I saw ‘An Education,’ and I said to him, ‘I didn’t know you could act.’ Because I thought he was rather good in it. And then my casting director said, ‘You should cast Dominic [as Ben].’”

Based on a graphic novel, “Tamara Drewe” is set at a writers’ colony in the English countryside whose neat world is burst by the return of a young woman, Tamara, who, thanks to a nose job, has become a glamorous Londoner. Cooper has the enviable task of playing the wildly conceited Ben.

“He’s so fantastically arrogant. Again, the charm thing was quite important, because I read the script and went, ‘He’s just horrible.’ You couldn’t bear to spend a minute with this guy,” explains the actor. “I thought I’d make him really stupid, so he wasn’t offensive. If he’s really dense and stupid, you feel a bit sorry for him. He’s just so simple, the poor thing. He’s just got his dog and his music, and he just wants a girl on his arm.”

Cooper had some personal material on which to draw — his brother Nathan wrote the music for the film and had been something of an idol for him when, as a child, he accompanied him on occasional performances.

“We used to travel to France and he was in his band and it would be 90 degrees and he would be dressing up in these tight leather trousers, spraying his hair and putting makeup on to get ready,” recalls Cooper.

Along with Nathan and another older brother Simon, Cooper grew up in Greenwich, on the outskirts of London, the son of a nursery-school administrator mother and auctioneer father. His attention-getting youngest-child status led to a love of performing, which he indulged in childhood plays. The drama department proved his salvation: When the high school heads wanted to kick him out for poor grades, that department begged to allow him stay on so he could star as the emcee in the production of “Cabaret.” He went on to the London Academy of Music and Dramatic Art and postgraduation landed a part in “Mother Clap’s Molly House,” directed by Nicholas Hytner.

Cooper is probably best known to American audiences for his roles in “The History Boys” (both the theater and film incarnations) and last year’s “An Education” opposite Carey Mulligan. And he’ll next be seen in “The Devil’s Double” (as both Saddam Hussein’s son and body double), “Captain America” (as Howard Stark) and “My Week With Marilyn” (as Marilyn Monroe’s American agent).

It’s certainly a diverse offering into which Cooper will undoubtedly inject a smidgen of roguishness, even while playing the most hateful of personalities.

“I think it’s quite difficult to watch movies in which everyone is dislikable,” he says. “It makes it much more interesting if people have conflict about how they feel about a character. And therefore, if you’re playing someone who is ultimately dislikable or manipulative and does things for the wrong reason, then as long as he’s charming, you can understand why people are seduced by him or fall for him or give him the time of day.”