With an increasingly diverse culture, California is becoming a testing ground for how business may be done in the future. 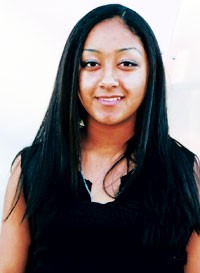 Annie Alva is a typical California girl. She’s 17 and feeling all-too confident about navigating her parent’s SUV around town. She likes to shop PacSun, Nordstrom and Wal-Mart. Oh, and pick up cool “vintage stuff” at a thrift shop around the corner from her Santa Monica high school.

Annie is also Hispanic-American, her parents having arrived here from Mexico before she was born. She’s no more like the blond, blue-eyed surfing icon that is the state’s cultural poster girl than her classmates, many of whom, she pointed out in Valley-flavored speak, “aren’t, like, you know, all exactly white.”

The same could be said about classrooms, communities and counties throughout California. The ethnic distribution among the state’s estimated 35.6 million residents significantly changed in the last decade, resulting in an economic power shift that’s reshaping the way business is addressed in the state.

California Latinos far outspent Latinos in any other state, according to the 2003 “National Minority Buying Power” study by the University of Georgia’s Terry College of Business and the Selig Center for Economic Growth. California also ranked number one for spending among Asian-Americans and Native Americans, and second for spending among African-American consumers after New York.

While Caucasian residents still outspent other racial groups, parting with an estimated $740.3 billion in 2003, their buying power actually decreased by 10 points during the last decade, according to the Selig report. The gap was filled by the so-called minority populations, who are flexing considerable muscle at California registers:

As the 2000 Census report made perfectly clear, white non-Hispanics are fast losing their hold as the majority here, accounting for a decreasing 47 percent share of the state’s population.

During the last decade, the Hispanic population grew six points, rising to 32 percent, while non-Hispanic Asian and Pacific Islanders grew to 12 percent and non-Hispanic black or African-Americans steadied at 7 percent. (The Census Bureau considers Hispanics an ethnic group whose members can be of any race or skin color yet whose heritage lies in Spanish-speaking nations; it also uses the terms Hispanics and Latinos interchangeably.)

By the year 2020, Latinos and Asians are expected to account for half of the state’s population, according to the nonpartisan Public Policy Institute of California. No wonder the chorus bellowing from observers is a new twist on the old adage, “follow the spice trail to riches.” In these parts, it’s the river of salsa and soy sauce.

“Of course, California has been home to many Latino, namely Mexican, families and Asians since the beginning of its statehood [in 1850],” pointed out Jeffrey Passel, a demographer at the Urban Institute, a public policy center in Washington, D.C. “Even today, it is the state with the highest percentage of immigrants of any state. To some degree, immigration works through family networks and connections, so it’s self-perpetuating.”

The current period through 2005 is experiencing a prominent rise among Latino- and Asian-American children under age 12 and among adults between the ages of 25 and 44, said Passel. “And that’s likely to continue for the next 15 years. The parents are largely immigrants — but the kids are not.”

These first-generation Americans tend to be more educated than their parents, while in the case of Asians, they tend to be very highly educated. “Either way, these second-generation children can be quite different from the generations before them,” noted Passel.

In other words, treating any of these groups as a monolithic bloc, even under their own racial heading, could lead to miscalculations with dire consequences.

“It’s a society none of us has ever experienced before, with California as the epicenter. And the audience who is really experiencing it is the youth. They’ve moved way beyond the paradigms we use to describe race relations in this country,” observed Sandy Close, executive director of New California Media, a San Francisco-based nonprofit group promoting ethnic media nationwide.

“We can call it a majority of ethnic minorities, which is ridiculously long,” she said, “but we don’t even have the language to really describe it. It’s moved beyond our descriptive capabilities, at least for now.”

But money talks, and everyone angling for a piece of the potential business is trying to learn how to speak the language. In the marketplace, it means communicating to a fragmentation of demographics like never before. Although some estimates have 40 percent of Californians speaking a language other than English at home, there are plenty of Annies out there who don’t care to be targeted in their parent’s native tongue. Furthermore, as with youth concerns in general, communicating authenticity is paramount.

For retailers and manufacturers, the opportunities are as challenging as they are potentially profitable.

What’s more, retailers south of the border are looking to El Norte to expand. Grupo Gigante, one of Mexico’s top retailers and one of Wal-Mart de Mexico’s chief competitors, opened three doors in Los Angeles in recent months.

It stands to reason: While Mexico’s consumer purchasing power will hit $404 billion by 2050, and fast-growing Brazil is close behind at $386 billion, that of Hispanics north of the border in the United States is expected to reach approximately $1 trillion, based on forecasts from the Hispanic Association of Corporate Responsibility.

Already this is affecting the foods on supermarket shelves: Consider Mexican-cum-California fusions such as cilantro tamales, not to mention the tried-and-true originals that are no longer segregated to an “ethnic foods” aisle.

In terms of real estate, more than two-thirds of U.S.-born Latinos living in California own their homes. In 2001, more than one in five homes sold here were to Latinos, according to a 2002 study on Latino housing demand from Pepperdine University.

Retailers and vendors interested in targeting Latinos would also be wise to consider a Census Bureau study released last summer that showed the number of children with stay-at-home mothers had increased by 13 percent in less than a decade — a boost partly attributed to the growing number of Latina mothers.

Age aside, the changing face of the state’s population is also affecting its body image.

The growing numbers of Asians, foreign born or native, has contributed to the normalizing of apparel sizes 0 to 4 on retail floors, as well as the trend in recent years of mothers and other adult women shopping in the juniors department.

Latinas, who spend disproportionately on apparel versus the overall population, run the gamut in sizes, yet their proportions tend toward the short and curvy.

“Companies have to have an understanding of who’s in the neighborhoods, and not only in terms of taste. When it comes to clothes, proportion and sizes are also factors,” said Hector Orci of La Agencia de Orci & Asociados, a Los Angeles-based marketing firm that consults with industries nationwide.

Besides customizing product, marketing strategies also can’t try a one-size-fits-all approach, Orci admonished. While, say, many Latinos welcome messages in Spanish, there are also many others turned off by it.

“People are so eager to be so culturally sensitive, especially in such a politically correct state as California, that sometimes it only takes integrating actors representing the various ethnic groups in the campaigns,” said Bill Imada, chief executive officer of IW Group, a Los Angeles-based ethnic advertising and marketing agency specializing in Asian outreach.

Another tactic is steering otherwise smart businesses away from perpetuating stereotypes — such as the old “spitfire Latina” image or the assumption that all Latinos like salsa, be it in their food or their CD players.

Not surprisingly, minority-specific media and marketers are a burgeoning industry. The New California Media boasts a network of 600-plus ethnic media outlets reaching more than 18 million ethnic Californians and more than 75 million ethnic Americans nationwide.

Consider this, noted NCM’s Close: “The rest of the country thinks ABC, NBC, CBS and CNN have a lot of pull. But in Fresno and the Bay Area, [Spanish-language] Univision has a viewership that dwarfs those networks combined.” A 2002 study by NCM and an outside public opinion firm found that the ethnic media reach 84 percent of Hispanic-, Asian- and African-American communities statewide, and that these groups are more likely to pay attention to advertising there than in general-market media.

Still, experts insist there are some generic ties that bind. They point to the power of grassroots marketing efforts, particularly in zeroing in on concentrated subsegments, be it the growing Korean presence in downtown Los Angeles or the Mexican sprawl in San Diego.

“Latinos across the board are very big on being invited,” said Orci. “If we’re not invited in a way that is personable and obvious, we’ll go somewhere else.”

Despite variances between Chinese and Filipinos, Koreans and Japanese, they have in common their desire to achieve the American dream of success. “They want to demonstrate to people here and in their home country that they’re doing well,” observed IW’s Imada. “They’re image-conscious.”

Added Orci: “Businesses can no longer ignore these markets —here or anywhere else.”

Consider California a testing field. Like so many other trends started in the state, the rapidly evolving portrait of consumers reveals what’s to come in the national, and inevitably global, marketplace.