Wealthy consumers appreciate a bargain in clothing and fashion accessories,... 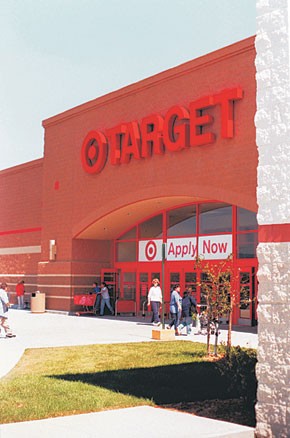 Wealthy consumers appreciate a bargain in clothing and fashion accessories, according to Stevens, Pa.-based Unity Marketing. “A ‘less is more’ approach is emerging among these consumers — rampant materialism is on the decline,” amid heightened concerns about the economy, president Pamela Danziger said. “This will place competitive pressure on luxury companies and retailers as they face a newly resistant affluent consumer with a mind-set to hold onto their cash.” The firm has released its Luxury Report 2008, which analyzed where wealthy shoppers said they spent their dollars in 2007. About 2,000 respondents with annual household incomes of $150,000 and more were surveyed. Results showed mass-discount and midtier department stores dominating the top 12.

“There’s a viability today in cheap-chic that probably wasn’t there a couple of years ago — retailers like Target are really tapping into designer names,” Danziger said. “Target also attracts the interest of affluent consumers by offering viable products at lower costs.” In addition to offering selections from Liz Lange, Mossimo and Isaac Mizrahi (his contract is up at the end of 2008), the retailer introduced its eco-friendly Rogan for Target’s Go International line earlier this month at Barneys’ Madison Avenue flagship May 9 to 11, and will be at Barneys’ Los Angeles store May 16 to 18.

The company “made a strategic change by converting all their stores over to Macy’s,” Danziger said. “This brand is so well known in cities like New York, but it faces challenges in places like Chicago, where consumers are still unhappy with the store conversions [from Marshall Field’s to the Macy’s name].” Popular fashion brands include Coach, DKNY Jeans, Tommy Hilfiger and Seven For All Mankind. The retailer, which reported a first-quarter loss of $59 million, or 14 cents a diluted share, from continuing operations, is making a push westward with its expansion in the Phoenix area and in Las Vegas.

Last year, luxury consumers were willing to spend more on categories such as kitchen appliances, cosmetics, fragrance and beauty products, footwear and watches. “You can buy everything at Costco,” Danziger said. “The bargains are huge and people can easily go overboard at this store.” The Issaquah, Wash.-based retailer is offering discounts on Nikon cameras, $50 off select air conditioners and $150 off treadmills. If consumers are interested in a few high-priced baubles, Costco offerings include a purple-pink radiant diamond ring ($260,000) and a five-row diamond necklace ($90,000).

“This retailer has the loyalty of the luxury consumers,” Danziger said. “I mean, service is key for Nordstrom.” The Seattle-based retailer has won accolades over the years for its customer service: Nordstrom ranked first in the American Customer Satisfaction Index for 2007, released this year. Apparel brands offered at Nordstrom include Calvin Klein, Burberry, Diane von Furstenberg, Nanette Lepore and Cynthia Steffe.

The world’s largest retailer, based in Bentonville, Ark., is pulling in luxury buyers in all categories. “The question is: Can Norma Kamali bring credibility to the fashion area of this store?” Danziger said. The exclusive collection, called Norma Kamali, will be offered in select stores beginning this fall. “Wal-Mart’s apparel business is clearly on the mend, and it’s an improving trend,” Craig Johnson, president of Customer Growth Partners, told WWD Wednesday. This spring, the retailer launched its ad campaign for the Ocean Pacific (OP) brand, which features young stars such as Pete Wentz, Christina Milian, Josie Maran, Kristin Cavallari and Rumer Willis.

Menomonee Falls, Wis.-based Kohl’s offers everything from kitchenware, home furnishings and bed and bath to jewelry and beauty products and apparel. In apparel, Kohl’s is expanding its portfolio of high-profile brands, such as Adidas, Levi’s, Daisy Fuentes and Vera Wang, who signed an exclusive deal with the retailer last year for her Simply Vera Vera Wang line. “With Kohl’s, Vera Wang has been successful at raising the profile of her own brand,” Danziger said. “People at the luxury level are interested in what she’s doing….The [collection skews] on the younger side, and the quality is really good.”

Like number three-ranked Costco, Sam’s Club, a division of Wal-Mart, is a membership-only warehouse club. For the annual fee, shoppers can buy everything from baby diapers to flat-screen TVs to fresh fruit to dining room sets. It also operates gas stations, which is certainly appealing to shoppers seeking a slight discount in gas prices. This particular chain, which boasts several hundred locations nationwide, serves more than 47 million U.S. members.

The Plano, Tex.-based midtier department store chain features everything from houseware brands like Cuisinart and Farberware to apparel brands such as Nicole by Nicole Miller and Liz & Co. Another popular section of the store: children’s wear, where Carter’s and Izod brands can be found. To cope with the economic downturn, WWD reported in April that the $19.9 billion retailer is reducing store openings to 36 from 50 and is scaling back on growth and stepping up product development.

Carrying brands such as Badgley Mischka, Laundry, Marc by Marc Jacobs, Betsey Johnson and BCBG Max Azria, this luxury department store is also owned by Macy’s Inc. “Bloomingdale’s has a huge following, and it has a trusted reputation as a luxury retailer,” Danziger said. Bloomingdale’s may be making a move overseas, WWD reported this spring. The chain has been exploring locations in the Middle East and Asia, and it appears that the first stop might be the Dubai Mall, which is slated for a late 2008 or 2009 opening. It will be the world’s largest mall.

“What distinguishes this [Dallas-based] retailer from any other luxury department stores is its absolute focus on designer brands,” Danziger said. “You have to go in there knowing which designer to look for. That requires a level of sophisticated consumer, which is reflective of the brand’s devoted client base.” Everything from high-end designers, such as Dolce & Gabbana and Oscar de la Renta, to cosmetic brands like Bobbi Brown and Lancôme, to jewelry and accessories brands from Judith Ripka, Oliver Peoples and many others, can be found here.

This 70-year-old department store chain, headquartered in Little Rock, Ark., was founded by William T. Dillard when he opened up his very first store in 1938. Today, the $7.7 billion retailer operates about 330 locations in 29 states, all with the same nameplate: Dillard’s. Stores offer apparel brands such as DKNY, Carmen Marc Valvo and Tahari, along with home selections from brands such as Monique Lhuillier, Kate Spade china and Lauren by Ralph Lauren bedding.

“Sears Holdings Corp. is on the hunt for big talent and big ideas to stem the slide in its profits and sales,” WWD said this month. It might be some time, however, because of tough economic conditions and the Hoffman Estates, Ill.-based retailer’s lagging financial performance. However, one of the brightest spots for Sears Holdings includes the Lands’ End brand, which saw record profits in 2007 and was expanded to 100 Sears stores. Other apparel brands in its portfolio include Gloria Vanderbilt and Sag Harbor. Gadgets from electronics giants Sony, Apple and Canon are featured in stores, while home furnishing brands like Krups and Laura Ashley are also available.