The Ice Man Cometh: PPR Dips Into Unilever For New CEO of Gucci 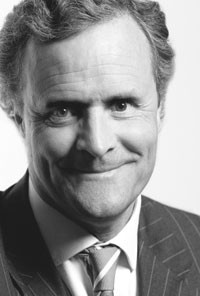 AMSTERDAM — What do frozen fish and ice cream have to do with $8,000 crocodile handbags? Robert Polet is about to find out.

Pinault-Printemps-Redoute on Wednesday named Polet to replace Domenico De Sole as president and chief executive officer of Gucci Group, reaching, as widely expected, into a universe far from the realm of luxury goods. Currently president of Unilever’s $7.8-billion ice cream and frozen food division, the 48-year-old Dutch national assumes the helm of Gucci Group July 1, trading brands like Popsicle and Ben and Jerry’s for Yves Saint Laurent and Bottega Veneta.

“I’m very confident in Robert’s ability to face the challenges and be an extraordinary leader for our group,” Serge Weinberg, ceo of PPR, told WWD here before an extraordinary shareholders’ meeting called to discuss the French company’s $2.5 billion tender offer for the outstanding shares of Gucci. “He’s been very successful in business because of his talent to energize people.”

Polet’s appointment ends months of speculation and overshadowed the meeting, which was perfunctory. Polet, meanwhile, was being kept under wraps and not talking to the press from his office at Unilever in London.

Appearing confident and happy, Weinberg defended PPR’s decision to recruit from outside the fashion and luxury sector, insisting that to hire a brand manager would have been a mistake. He noted that De Sole himself had a background in law before joining Gucci. “The question is not about products. It’s about the talent. That’s the difference between an entrepreneur and a specialist and we were not looking for a specialist.

“We were not looking for someone to do the job of our chief executives,” Weinberg continued, alluding to the prowess of Gucci brand ceo Giacomo Santucci and YSL chief Mark Lee and the group’s other brand chiefs. Weinberg will act as interim ceo of Gucci Group until Polet arrives. Weinberg said that Polet would start meeting with brand ceo’s ahead of his arrival this summer.

“Above all, what has been his distinctive feature is personal appeal. He has strong energy, he’s open-minded and he thinks outside the box,” Weinberg said, also citing Polet’s charisma, charm and intensity. “I think he’s very sensitive to people and that’s key.”

This story first appeared in the April 22, 2004 issue of WWD. Subscribe Today.

François-Henri Pinault, chairman of Artemis and luxury’s newest titan in training, amplified Weinberg’s comments. “The press was always talking about [Burberry ceo] Rose Marie Bravo. [She] is one of the best brand ceo’s in the world, but she has no experience running a group,” he said, referring to the fact that Burberry is made up of only a single brand.

While some observers had speculated that De Sole’s successor would have a reduced strategic role, Weinberg and Pinault stressed that Polet would play a vital part in building a young multibrand company — forged in 1999 when PPR injected billions into Gucci.

“He will be the full ceo of this company, with full authority,” Weinberg added.

Still, the appointment raised eyebrows around the world. Pinault took some ribbing on Wednesday in stride when, in a post-meeting scrum, one Dutch journalist asked him if Polet would introduce a Gucci ice cream.

But during interviews, both men downplayed the specter of any culture clash, given that Polet is more familiar with the frozen food aisle than the fashion runways of Paris and Milan.

“He’s very aware of the specificities of the luxury industry, which is the creative part,” Pinault said. In fact, he said he was impressed that the first question Polet posed at their initial interview was about the designers at Gucci, who include Alexander McQueen, Nicolas Ghesquière and Stella McCartney.

Also a keen collector of fine watches, Pinault noticed approvingly that the executive was wearing a model by Patek Phillipe.

Weinberg acknowledged that executives from outside of fashion have had a mixed track record of success in the industry. But he stressed that “business life” involves risk.

“We have to design our own road and not follow the tracks of everyone else,” he said. “If you want to be a leader in the industry, you should really think outside of the box and about what makes sense.”

Pinault also praised how Polet nurtured an entrepreneurial spirit, even within a large conglomerate like Unilever.

“He behaves as if he’s managing his own money. It’s not so often that you find this kind of person,” he said.

Weinberg declined to identify what candidates were on PPR’s hit list, which began with some 50 names from around the world. He would only say that he was amused by some of the names floated in the press, since many of them were not contacted. The list of speculated successors included the likes of Autogrill’s Gianmario Tondato Da Ruos, PepsiCo.’s Indra Nooyi, Marks & Spencer’s Vittorio Radice and Luc Vandevelde and Estée Lauder’s Patrick Bousquet-Chavanne.

Pinault and Weinberg, who headed the search along with Adrian Bellamy, confirmed that they had narrowed the search to two executives over the past few months.

Although Weinberg has acknowledged that he is new to the luxury industry — and he’s taken some lumps from Tom Ford and others — he stands firm in his conviction that industry-specific experience is not a prerequisite.

“I always smile when I hear people talk about luxury-goods specialists. For example, there are very good people in fragrance who know nothing about fashion,” he said.

Weinberg’s viewpoint has been disputed by Tom Ford. While the designer declined to comment on Polet’s appointment, he criticized Weinberg’s lack of experience in luxury goods in a WWD interview in March. “Serge does a fine job at what he does, but he has absolutely no experience in the luxury industry, in the fashion industry,” Ford said during the question-and-answer session. “But PPR paid a lot of money for Gucci. It’s their company and they can run it as they choose.

“I have absolutely nothing against Serge as a person. I like him a lot. But I think that a little knowledge is a dangerous thing. The path Serge will choose will be his own, and I wish him the best of luck. It’s not the path I would have chosen.”

In an internal memo sent to Gucci staff obtained by WWD, Polet said: “My entire career has been with Unilever, but I feel everything I have done in my 26 years there has groomed me for this job. If I could sum up the key aspects of my career, I would say: People, brands and innovation.”

Polet has been president of Unilever’s ice cream and frozen foods division since 1998. That business consists of more than 40 operating companies. Gucci said that during Polet’s tenure at the helm of the division, profit margins increased by 70 percent. The division oversees several food brands, including Klondike, Good Humor, Breyers and Birds’ Eye.

Born in Kuala Lumpur, Malaysia, Polet has a varied international background. He studied business administration at Nijenrode in the Netherlands and earned an MBA from the University of Oregon. During his Unilever career, he has worked at several marketing and senior executive positions — including a brief stint as executive vice president of the group’s home and personal care unit — in places such as Paris, Milan, Brussels, Hamburg, Germany, and Malaysia. As Gucci chief, he will be based in London.

He speaks Dutch, English, German, French and Italian. Weinberg stressed that he thought language skills were a critical indication of a person’s inquisitive nature.

“Language skills are interesting,” he said. “They always indicate the interest that you have in a culture.”

Asked what Polet’s first order of business would be, Weinberg said that he would need to familiarize himself with the business and review the performance of each of the group’s brands. Rather than act as a mere cost-cutter, Weinberg said the new ceo would be charged with developing strategies for each business to improve the bottom line.

Weinberg said he’s not worried about losses at start-up labels like Stella McCartney and Alexander McQueen as long as there’s evidence that the brands are growing.

“We have to be sure that the losses we have in certain businesses are building for the future,” he said. “Losing money is not an issue if those losses are investments.”

After the shareholders’ meeting, Weinberg also ruled out the possibility of any brand disposals or acquisitions.

Turnout at the shareholders’ meeting was sparse, with only 54 investors interspersed throughout a grand chandelier-graced ballroom at the Amstel Intercontinental Hotel. Weinberg, other Gucci board members and a small army of lawyers went over the technical details of PPR’s offer to buy out all remaining Gucci shares. The offer started on April 1 and runs through April 29. The session was dominated by one gadfly shareholder who quibbled over whether PPR had better access to Gucci’s financial results and forecasts than other shareholders, now faced with the decision of whether or not to tender.

As reported, PPR is offering shareholders $85.52 per Gucci share for the shares it does not already own. PPR said it did not have information on how many investors have tendered their Gucci shares at this point. As of April 1, PPR held 66.83 percent of Gucci. The general market assumption is that nearly all shareholders will tender their shares and Gucci will be delisted from the stock exchange. On Wednesday, Gucci’s shares closed slightly down at $85.44 versus $85.46 the day before.

The board stressed that the independent banks called in to evaluate the offer, Morgan Stanley and UBS Limited, as well as Gucci’s supervisory board, have evaluated the offer price and recommend shareholders to adhere to PPR’s offer and tender their shares.

During his remarks at the meeting, Weinberg announced Polet’s appointment to shareholders and thanked De Sole, who sat next to him on the panel.

“I would like to thank him very much for what he has achieved at Gucci Group. We are confident that the success of Gucci Group will continue,” Weinberg said.

De Sole declined to comment on his successor and said he doesn’t yet know his next career step. He said he would spend his last week on duty as Gucci ceo in New York before moving with his family to South Carolina.

In the meantime, De Sole is keeping close ties to the corporate world. He was just named to the board of telecommunications giant Telecom Italia and he will continue to sit on the boards of Procter & Gamble and Bausch & Lomb.

De Sole said he is focusing on the more leisurely side of life for now. He said he’s looking forward to meeting up with Ford over the summer vacation period “somewhere in the Southwest of the United States.”