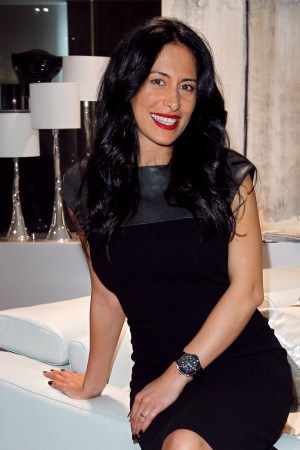 Ron English likes it with a smile, Sante D’Orazio prefers his with tattooed figures in the buff. Scott Campbell does it in stacks and stacks of uncut one-dollar bills. And Damien Hirst? Covered in 8,601 flawless diamonds.

We’re talking about the skull, of course — the bony, hollow-eyed symbol for all things mortal and macabre — and Patrice Farameh’s new coffee-table book “Skull Style: Skulls in Contemporary Art & Design,” which is devoted to the enduring motif. Released this week, it features nearly 500 pages worth of skulls, variously represented by those artists — and then some. The book, with covers by fashion designer Lucien Pellat-Finet and, in limited edition, pop artist Peter Tunney, features an endless list of names who have tackled skull imagery, all divvied up into the categories of art (English, Hirst and crew), product design (e.g. a teapot by Trevor Jackson), fashion (usual suspects Pellat-Finet and Alexander McQueen) and jewelry (Kerri Halpern, see story, opposite page). Next month at Art Basel in Miami, Tunney is also curating a special exhibit, “Skull Sessions With Peter Tunney,” tied to the book.

The project’s origins date back to the early Aughts, when Farameh, an Iran native, was living in Munich, producing a small German travel show called “Trendscout TV.” For one episode, covering the trends and hot spots of Paris, she interviewed cashmere king Pellat-Finet, he of the countless skull intarsias. “He talked about the skull in such a beautiful way,” recalls Farameh. “It wasn’t a representation of death, but a celebration of life. That stayed with me all these years.”

Fast forward to last December. Farameh, by then a freelance book producer, was attending Art Basel when she saw an installation by graffiti artist Typoe that featured a colorful, confettilike cascade of plastic scraps spilling out of a skull. Then she noted another skull sculpture, this one by Belgian Jan Fabre, made from iridescent beetle shells, with a stuffed bird in its mouth.

At that point Farameh began to compile “Skull Style,” which she published herself via her own two-month-old publishing firm, The Curated Collection by Farameh Media. “I know skull books aren’t new, but no one’s looked at the skull through a contemporary lens,” says Farameh. “Andy Warhol was one of the few artists I included who’s no longer living.”

For those who think skulls are a been-there, done-that centuries-old visual cliché — poor Yorick, the Grateful Dead, Hell’s Angels, not to mention every memento mori painting since Medieval times — Farameh’s book proves captivating, demonstrating the surprisingly myriad ways in which the object has been worked and reconfigured.

There’s Mexican artist Gabriel de la Mora, for instance, whose image, from his 2007 installation at the Vancouver Art Gallery, features a group of skulls attached to rods protruding from a wall. One belonged to his deceased father, another to his stillborn baby sister, their skulls scanned and reproduced as 3-D prints. He convinced various other living family members to undergo the same process, and the results — 17 of them — are displayed on the wall according to each person’s height, save for the infant, who, one presumes, is being cradled by her mother. “It’s a family portrait,” says de la Mora, whose own skull is on the far left of the exhibit. “With science, computerized tomographies, you don’t have to be dead to see your own skull. It’s changing the idea from the dead to the living.”

A painting by Indonesian artist Agus Suwage features him in natty spectacles and a feathered fedora, planting a lips-to-mandible kiss to a skull (c’est l’amour!), while English’s piece shows an overweight and beaming Ronald McDonald, one side exposing a bloated X-ray-like skeleton. “People always say, ‘Oh, I’m big-boned,’ but I wanted to show his bones are actually fat,” remarks English, who’s known for his charged cultural mash-ups such as street murals of Barack Obama as Abraham Lincoln. “Skull Style” also includes English’s depiction of Wal-Mart’s smiley-face mascot grinning so hard, you can see his skull through his smile. “The skull is a primal image that speaks to everybody on some level,” he says. “You know, like space aliens.”

Ask Campbell about his own obsession with the subject — his skull sculptures are laser-cut from stacks of currency — and he chalks it up to “childhood nostalgia,” explaining, “It doesn’t necessarily have any dark connotations for me. It was just that childhood rebellion thing, listening to punk rock and all that.” At age 16, Campbell got his first tattoo, a small skull on his right ankle, as a “brilliant, incredibly efficient way of pissing off my father.” He now has 15 of them, all skulls — “with top hats, with daggers going through them, with a safety pin”— not to mention a day job as a tattoo artist, inking high-profile clients such as Marc Jacobs, Vera Wang and Erin Wasson. “A lot of people incorporate the skull into their work because it creates context or a sense of severity,” Campbell says. “And there’s that ‘f–k the world’ kind of vibe to it. But for me, it’s sweet and endearing. I’m not losing touch with that 16-year-old kid carving skulls in his Trapper Keeper.”

Of course, for all the varied emotion, the skull can also be glamorous. Case in point: Interior designer Geoffrey Bradfield’s McQueen-inspired collection of mirrors (swathed in velvet and Swarovski Elements) and Louis XVI-style chairs (upholstered in hot pink ponyhide), both emblazoned with a hauntingly happy skull.

“Let’s just say it permits the conservative type to be a part of the fantasy of something dangerous,” says photographer D’Orazio, whose own entries in “Skull Style” work a decidedly sexy and provocative angle. He shot rocker Axl Rose (1993) and model Mandy Lynn (2007) in their birthday suits with a human skull covering their nether regions. “You know, life and death, procreation and death,” he says. (Whether designer Philipp Plein got similarly spiritual when he stuck a skull sticker over Lindsay Lohan’s private bits for his spring ad campaign is anyone’s guess.)

As for fashion’s skull-as-status symbol effect, “People might wear a McQueen skull scarf not because they’re into skulls but because everyone will know immediately it’s from Alexander McQueen,” Farameh points out. But the obvious issue looms, as skull imagery can tumble into hyper-commercial, overexposed territory. “You devalue the currency,” adds Campbell. “You get desensitized.” D’Orazio puts it more bluntly: “Look, it’s played out.”

Just ask Libertine’s Johnson Hartig, who gave the skull its big fashion boost nearly a decade ago. When he and then-partner Cindy Greene began screen-printing the menacing figure on army jackets, coats and hoodies, everyone swooned — even Karl Lagerfeld, who snapped up a bunch of their designs, including the Lesage-beaded blazer that’s featured in Farameh’s book. “It had a rougher street connotation back then,” says Hartig. “It wasn’t everywhere. I hate to say this, but we’ve been trying to get away from that. But as soon as I do a season where there aren’t any, the buyers are all asking for them.” He now keeps the stuff off the runway and in the showroom.

“As an artist, you just have to go elsewhere,” says D’Orazio. “Otherwise, it looks like you’re just jumping on the bandwagon.” So, for him, out went the skulls and in came a style in which he manually scratches off the faces in his photographs and films, thus striking a similar death chord. “Sometimes the best way to be creative is to be backed into a corner.”

Whatever his preference, Hartig is sure of one thing: Skulls are here to stay. “And as long as they sell,” he adds, “they’re going to continue to be a friend of mine.”