The Many Faces of Beauty

Beauty continues to pop up in new places. 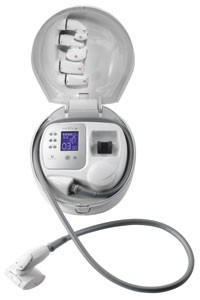 Harbor Beauty Bar sets sail
NEW YORK — When Gail Gordon left her post at Macy’s East last July, she had already drafted the blueprints for her vision of the ultimate beauty store.

The former retail executive, who most recently served as vice president of cosmetics at Macy’s East, conjured up the idea of displaying beauty products with the same care as fine jewelry in a gallery setting.

“We want to be the Harry Winston of cosmetics,” declared Gordon, whose 23-year retail experience includes 17 years in beauty.

Rather than situate her brick-and-mortar venture, Harbor Beauty Bar, in SoHo or the Upper East Side (as the store’s sleek attributes might suggest), Gordon and her business partner and sister, Suzan Theriault, opened the flagship in their native Rockland, Maine.

Harbor Beauty Bar, which measures 1,000 square feet, is housed in a 150-year-old masonry building located on the harbor side of Main Street. Known as a quaint vacation town and sailing hub, Rockland’s commerce was virtually devoid of prestige beauty brands prior to HBB’s arrival earlier this month. In fact, the shop’s nearest competition is some 100 miles south in Portland, Maine. And it is nearly 200 miles away for brands with more limited distribution, like Bobbi Brown and Kiehl’s Since 1851 — both of which are found in HBB.

The entrepreneurial siblings, both fourth-generation Rockland residents, recruited local artisans to transform the space into a beauty gallery. The Rockland-based design firm In House Architecture created the shop’s interior of bamboo flooring, maple cabinetry and painted tin ceiling. The artwork was selected and arranged by the curator of Harbor Square Gallery, Tom O’Donovan.

Two white armoires house the men’s and women’s fragrance assortments. Testers of the scents are neatly arranged on marble-top tables with stainless steel stools in front. Gordon has avoided celebrity scents completely, focusing instead on a more traditional mix, such as fragrances from Calvin Klein, Michael Kors, Burberry and Chanel. HBB intends to host fragrance-layering events and offer mini facials for men to ramp up the shop’s education and service quotient.

This story first appeared in the October 28, 2005 issue of WWD. Subscribe Today.

Gordon plans to open a second location in Newport, R.I., and although she would not comment on how many HBB stores are in the plan, she said there will be “more than just a couple.” She added HBB store formats will likely range from 1,000 to 2,000 square feet and be located in proximity to water (in keeping with the harbor theme).

On a recently rainy Saturday afternoon, HBB’s register took in $3,500, exceeding Gordon’s expectations. She expects the flagship to generate $1 million in retail sales within the first year.

Gordon and Theriault will officially introduce HBB to the industry and Rockland residents during a ribbon-cutting ceremony scheduled for Oct. 29.

Referring to her newfound status as entrepreneur, Gordon quipped, “It feels good to be the boss.”
— Molly Prior

Massage in a Box
NEW YORK — Women still fuming at the difficulty of their at-home French manicure kits need not pay attention to Wellbox, a device that puts women at the control board of a face and body massage machine not before available outside spas.

Known as the “body optimizer,” Wellbox is a round, white kit armed with endermologie and skin-lifting technology. It contains five treatment heads and a hose that, when applied and skimmed across the body, targets connective tissue to improve the elimination of toxins, cellulite, wrinkles and loose skin. While it plugs into the wall, Wellbox does not emit any electricity through its rollers and flaps, which suck and lift the skin. Users can control suction strength with a couple of buttons.

Though skimming a treatment head across the face, arm or stomach may be easier than getting the white strip of a French manicure straight, the key to Wellbox is daily use: Used two to three times a week for several months, Wellbox promises to reduce the orange peel effect of cellulite and firm loose skin.

It seems some women are ready for the next generation of at-home services. In its first two weeks at Bergdorf Goodman, which began selling it this month, 46 machines were sold — at $1,565 a pop.

Monaco-based Guitay, the maker of Wellbox, as well as the maker of the CelluM6 and Lift6 machines — from which Wellbox bases its technology — recently opened offices in Miami to handle Wellbox’s distribution in the U.S. In the coming months, Wellbox will enter 10 Saks Fifth Avenue stores, including locations in Manhattan, Boston and Bal Harbor, Fla. Jocelyne Rolland, a Paris-based physiotherapist and manager of Wellbox’s clinical protocols, believes Wellbox can be as successful here as it has been in France. Since its June launch in Galleries Lafayette and Sephora, 1,000 units have been sold.
— Andrea Nagel

Jacqueline’s: A Facial Escape
NEW YORK — Intimate spaces offering facials and the like are becoming increasingly popular as traditional spas lose their oasis appeal to herds of bridesmaids and gal pals gathering to socialize and bond. Jacqueline Gaussen is the latest aesthetician to turn her studio apartment into a facial depot, where white bedding and candlelight aims to create a faraway place for those who really want to escape — even celebrations.

Gaussen is familiar with New York and its skin care clientele. She used to own Miss Lou’s Herbs & Tings, a small shop in the East Village packed with skin and bath brands. Miss Lou’s closed in April 2004 due to what Gaussen said was her inability to find good help.

“I ended up working seven days a week,” she said, a lifestyle that took her passion for matching products with customers’ skin to, well, work. Eager to escape New York, Gaussen moved to Palm Beach, Fla., to become an aesthetician. After her studies, she worked for a local dermatologist, but soon decided to revisit Manhattan and take a stab at primping faces in a place known for destroying complexions.

“In Florida, just about everybody has sun damage. But New Yorkers get acne and horrible breakouts from the environment.”

The service menu at Jacqueline, located at 33 East 65th Street, offers facials, peels and masks based on what she’s learned at school, as well as her own formulations.

“School is just the basics; after that, you must be creative and sometimes not follow the book. My face has suffered a lot because of my experiments,” she said.

Prices start at $10 for a lip mask and go to $180 for microdermabrasion plus a peel. Gaussen can’t give exact times for each service; she said it really depends on the needs of each client. It’s one of the reasons she went into business for herself.