The Many Lives of Monica Rich Kosann

The designer discusses her growing lifestyle brand, her short-lived stint as a child actor and why she finds lockets "so sexy." 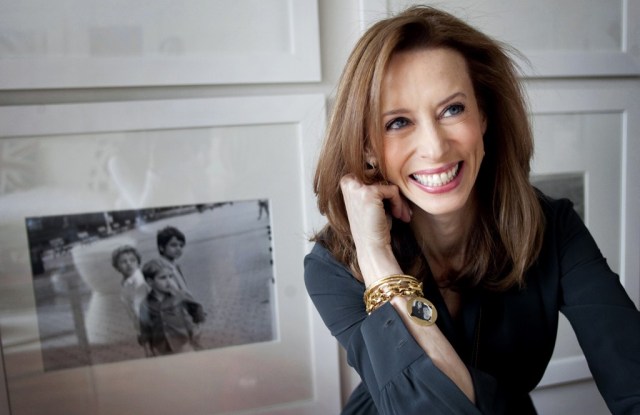 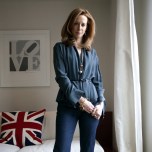 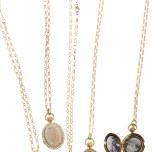 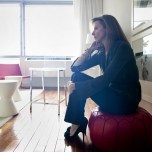 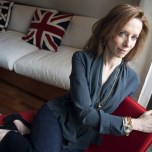 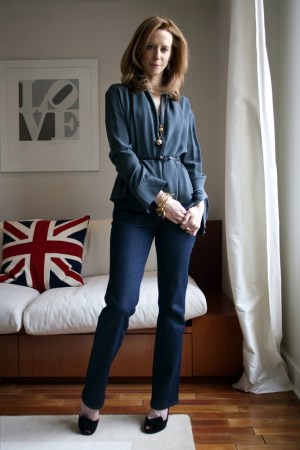 With her chiseled patrician countenance and calm demeanor, Monica Rich Kosann hardly presents as a woman with a dark past. Yet so she is, and deliciously dark at that. Readers of a certain age, preadolescent in the late Sixties, surely remember one of the best entertainment franchises ever, the terrifying “Dark Shadows,” that made a dashing vampire all the rage when “Twilight” was just the moment between day and night.

In “Night of Dark Shadows,” a big-screen extension of the TV soap, Kosann played a little girl, the reincarnation of the best friend of the glam ringleted witch Angelique. Though an admittedly bad actress, she excelled in the role thanks to “a sad, pathetic look” perfect for hiding under a table while a friend got hanged from a tree.

Aware of her limited range and naturally shy, as a teenager Kosann found herself drawn more passionately to the other side of the camera, and eventually established herself as a portrait photographer. Which makes designing home and jewelry collections her third career.

Yet Kosann would take issue with the notion that she now enjoys successful parallel careers. “I’m a storyteller,” she maintains of her interdisciplinary pursuits. “I help my clients tell their stories.” By so doing, she has positioned herself on the front-end of a growing lifestyle brand. Last year saw the publication of her book “Living With What You Love,” an exploration of how to incorporate personal collections into chic living. Along with e-tail and galleries of her portraiture, her ever-evolving Web site houses the e-magazine MRK Style by Monica Rich Kosann with features such as “Iconic Image” (James Dean, Ava Gardner, Lauren Bacall); “Living With What You Love” (in the most recent, Bill Indursky of VandM.com talks about various items in his apartment) and “Ask Monica,” in which she offers commentary on matters of style, from what’s in her handbag on a given day to how to pack for a week in Paris.

The brand also boasts a small, tony list of retailers, beginning with her first retail partner, Bergdorf Goodman, with which she launched home in 2003, adding jewelry two years later; Bergdorf’s now has a sizable MRK shop on the seventh floor. With both collections hits there, Neiman Marcus got into the act on a broader scale. Numerous doors now carry variations of the product range, including an exclusive line of frames called MRK Classics. Lane Crawford, Tsum and Isetan also carry the collection.

“The product resonates so well with our clients because it has this timeless, heirloom quality from an aesthetic standpoint,” says Jim Gold, president, specialty retail, Neiman Marcus Inc.. “It looks like something you want to own and pass down through the generations. At the same time, it has the right degree of modernity.”

At the core: gold and silver pieces intended to telegraph their owners’ personalities. Home offerings focus on “picture containers” inspired by vintage finds such as cigarette cases and compacts. Lockets and charms center the jewelry collection, which has grown to include rings, bracelets and earrings. In terms of pricing, Kosann takes a something-for-everyone approach. Silver items start at $200, limited edition lockets at $25,000 and a one-of-a-kind stunner might hit six figures.

Last month, a personal appearance at Bergdorf’s highlighted such special pieces. All 18-karat gold, they feature precious and semiprecious stones. Among the limited editions: a cabochon aquamarine surrounded by tanzanites and a cat’s eye rubelite with diamonds. Current one-offs include a blue star sapphire-and-diamond locket and a green cat’s eye with white and black diamond accents. One piece that didn’t make it to Bergdorf’s: a giant black Australian opal from the Old Lightning Ridge area. It previously sold for $160,000.

Over the next several weeks, Kosann is doing a series of appearances at Neiman’s outposts including Dallas; Fort Worth, Tex.; White Plains, N.Y., and King of Prussia, Pa. “Monica has a magical presence in front of clients,” Gold says. “She has a thriving photography business, so she’s an artist in the true sense of the word.”

The child of Holocaust survivors (her mother is from Vienna; her father, Budapest) who emigrated to New York, Kosann and her sister grew up in a cultured world. Their mother would often turn the family apartment into a temporary art gallery; she eventually made the interest official by opening the Perlow Gallery on East 57th Street, which she still owns.

Kosann studied music, but found her way to photography. She learned about it “everywhere,” including the International Center of Photography and the Sorbonne, ultimately embarking on a career as a fine art-portrait photographer, inspired by the Pictorialists. Her soulful style brought clients back year after year to record their growing families. They started asking Kosann’s advice on how family photographs should be arranged, and Kosann came up with her “family wall” approach.

This, in turn, led to musings on how to frame photographs, which led to a broader interest in collections, and how people can use their homes to reveal their personalities through photographs and other personal collections.

For her part, Kosann had an affinity for flea market-sourced accessories from the early 1900s — cigarette cases, cosmetic compacts and the like. “I’d buy old daguerreotypes and look behind the pictures and find these little notes, like ‘Mom and me 1921,’” she says. “I found a photo and someone had written on the back of it, ‘Need I say more?’”

Lightbulb! Kosann started tinkering in her studio in New Canaan, Conn., converting various cases into one-of-a-kind photo holders to present to clients as gifts. Soon thereafter, her husband Rod Kosann, who had been president of Anna Sui from 1993 to 1997, got in on the act and together they went to Italy in search of craftsmen and vintage molds.

Kosann’s move into lockets seemed a natural progression. “They are so sexy,” she says. “When you see a painting or a photograph of a woman wearing a locket, aren’t you dying to know who’s in there? It’s so mysterious.”

The business has grown steadily in eight years, so much so that Kosann became a member of the CFDA last year. Of her point of difference, she says, “Lots of people make beautiful jewelry. I’m in the memory business. I’m trying to get people to wear their stories, live with their stories, display their stories.”

Another way of wearing one’s story: charms. Kosann’s collection features, among another types, a planet series. Just don’t tell her that charms are a retro concept. “It drives me nuts. A charm bracelet is a conversation piece,” she offers. She even loves the jingle. “I know that it drives some people crazy; I just love it. It’s a very feminine, sexy sound.”

Kosann attributes steady growth in a tough economy to the personal nature of the merch. “You’re buying something that will stay with you hopefully forever — a guiltless luxury. Is that a crude word to say?”

At the same time, she continues with her portrait photography. An ongoing project: the annual Kips Bay Decorator Show House. For years Kosann has taken portraits of some of the young beneficiaries of Kips Bay, the photos incorporated into the house decor, typically in the foyer.

“I have fights all the time,” she says of the disdain many decorators have for overt displays of family pictures. “We have a ton of designer and decorator friends and we’ve had them say, ‘Family photos, they’re so déclassé.’ You can’t live in a glass house….I’m not saying have your tacky photos from your holiday cruise up there. I’m trying to say the opposite. There is a very beautiful way to do this, to live with the things you love.

“Rod and I collect things we love,” she continues. “There are people out there who just hire a designer and say, ‘Buy me a collection’. But that’s no fun. There are no stories to tell.”

Sometimes the story is about the one that got away. No photographic chauvinist, Kosann collects work other than her own, including photos by Dorothea Lange, Weston, Steichen, Curtis, Lillian Bassman, William Klein, Sarah Moon and Herb Ritts.

Several years ago, the Kosanns visited the Stanley Weiss Gallery, where Kosann found herself taken with a worthy object of obsession: Avedon’s “Dovima with Elephants.” Given their focus at the time of putting everything back into the business, Rod declared it, at $23,000 or so, just too expensive. “Long story short, we didn’t buy it. Avedon died a month later; I think Dior bought it for $3 million…a funny story,” Kosann reminisces, before correcting herself. “It’s not really that funny. It’s a marriage story.”