They've so far eschewed the Hollywood mainstream for less-conventional films, but, more importantly, these talented women have an independent streak that's all their own.

ZOOEY DESCHANEL
Since appearing in her first film,... 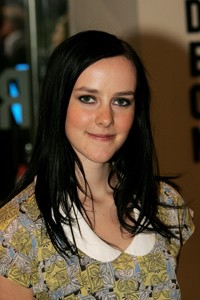 They’ve so far eschewed the Hollywood mainstream for less-conventional films, but, more importantly, these talented women have an independent streak that’s all their own.

ZOOEY DESCHANEL
Since appearing in her first film, 1999’s Mumford, Deschanel, 26, has become something of a go-to indie darling. In movies like Almost Famous, The Good Girl and this month’s Failure to Launch with Sarah Jessica Parker, she’s perfected the quirky big sister/best friend role. But Deschanel is no cinema snob. One look at her résumé reveals her diversity: She’s as at home in this year’s dark dramedy, Winter Passing, as she is in the sci-fi spoof The Hitchhiker’s Guide to the Galaxy.

PRO BONO: “Indie films are movies that people are willing to do for reasons other than money. It’s important to do those.”

FAVORITE FLICKS: The Apartment, Umbrellas of Cherbourg and The 400 Blows.

IN THE FAMILY: Deschanel’s mom, Mary Jo, is an actress and father Caleb is a cinematographer-director. She’s got competition, too, as older sis Emily is an actress, having appeared most recently in this year’s Glory Road with Josh Lucas.

FASHION: Luella Bartley, Prada, Marni—at least for now. “I always like to try new stuff,” says Deschanel, who is known for her quirky vintage outfits.

ROCK STAR DREAMS: Though her day job is flourishing, Deschanel moonlights as part of the musical group If All the Stars Were Pretty Babies.

CRY BABY: “It wasn’t quite cathartic…until I was in line at lunch and able to cry about it,” she says of filming the bleak Winter Passing.

UP NEXT: Live Free or Die; The Go-Getter with fellow indie classmates Jenna Malone and Lou Taylor Pucci; Flakes; The Assassination of Jesse James by the Coward Robert Ford with Brad Pitt and Mary-Louise Parker; Bridge to Terabithia, and the animated film Surf’s Up.
— Vanessa Lawernce

AMY ADAMS
After seven years of veritable anonymity, the 30-year-old actress has stepped into the spotlight with her recent Oscar nomination for her winsome portrayal of Ashley in last year’s Junebug.

FASHION: “I’m not really a fashion plate. It’s not what brought me to people’s attention so I don’t feel that’s what they look to me for.” That said, Adams made the awards rounds in Carolina Herrera frocks.

PICTURE PERFECT: “I don’t know how models do it. I’m awful at posing and sitting still.”

OSCAR MOMENT: “This whole time in my life is so surreal. I hope I’m able to remember it well because right now everything seems so unreal.”

UP NEXT: Talladega Nights: The Ballad of Ricky Bobby with Will Ferrell and Sacha Baron Cohen, and she is the voice of Giselle in the animated film Enchanted.
— Marcy Medina

JENA MALONE
Malone, 21, is someone whose youth belies the depth of her experience. At only 13, she held her own against Susan Sarandon and Julia Roberts in Stepmom. That was followed by roles in Donnie Darko, Life as a House, The Dangerous Lives of Altar Boys and Saved.

NOW PLAYING: She’s on Broadway in Doubt. “The last time I was on stage I was seven, doing community theater.”

FASHION: “I’ve been a tomboy my whole life, and this year I bought 13 dresses. But I don’t like the sort of craziness of celebrity and fashion. I don’t want to go out there in this wild dress. I like to put my straightest face forward and keep quiet.”

UP NEXT: Lying with Chloë Sevigny and The Go-Getter with Lou Taylor Pucci and Zooey Deschanel. “It’s a totally different role for me: I get to do a strip tease and be seductive.”
— M.M.

ANNA MOUGLALIS
After her breakthrough role in Claude Chabrol’s Nightcap in 2000, the alluring Mouglalis made her name playing tough-as-nails prostitutes and manipulative mistresses. She claims French filmmakers find her too exotic, though. “I’m either too tall or my voice is too deep,” she growls. But acting, while her first love, is not her only talent: Karl Lagerfeld chose her as his Chanel muse in 2002.

THE PROFESSIONAL: “Acting is a vast and unique experience. I choose the roles that thrill me.”

ON STYLE: “I’m not very knowledgeable about fashion,” says the woman who always looks impeccably chic anyway in jeans and a Chanel jacket.

UP NEXT: Michele Placido’s Crime Novel, about a gang during the Red Brigades era, and then Sisters in Vancouver, a remake of the 1973 Brian de Palma film.
— Chantal Goupil

SARAH POLLEY
The sloe-eyed 27-year-old has worked with a list of directors that would make any actress nervous: Terry Gilliam, Atom Egoyan and David Cronenberg. But it was her latest film, this month’s Don’t Come Knocking, directed by Wim Wenders and written by Sam Shepard, that gave her stage fright. “They’re geniuses,” she says. “Working with people who are such legends—it was a really intimidating thing.” The same might be said of Polley, who exudes a cool confidence in roles both creepy and classy.

CLEAR SKY: Polley describes her Don’t Come Knocking character, Sky, as “someone who doesn’t need much attention. She’s really grounded and comfortable in her own skin. I need a lot more attention. I’m more needy. I aspire to be like her.”

ON SHOPPING: “I get really feverish and hot and need to go home. It’s a nightmare!”

FASHION: “One goal I will never set for myself is fashion maven.”

UP NEXT: Prepping for her feature-film directing debut, Away From Her, a love story starring Julie Christie.
— M.M.

TERRY PHETO
South African Pheto made her acting debut in Tsotsi, an Oscar contender this year for best foreign film that is based on the novel by Athol Fugard. Discovered doing community theater, the actress just finished shooting a part written specially for her in the Phillip Noyce-directed film Hotstuff with Tim Robbins and Antwone Fisher star Derek Luke.

FAVORITE ACTRESS: “Charlize Theron is great. I also love Nicole Kidman and Kimberly Elise, who was in Set It Off and Beloved.”

DREAM ROLE: “I’d love to be in an action movie and wear a nice outfit. I’d like to be a superhero with Terrence Howard as my co-star.”

DREAM DIRECTOR: “Steven Spielberg and Denzel Washington. After watching Antwone Fisher, I’d love to work on a film he directs and stars in.”

FASHION: “I’m not a brand snob. If I see something I like, then I buy it.”
—Bambina Wise

SHANNYN SOSSAMON
She made waves five years ago when she was discovered by an agent during a gig as a DJ and thrust into the limelight opposite Heath Ledger in A Knight’s Tale. Sossamon went on to star opposite Josh Hartnett in 40 Days and 40 Nights and James Van Der Beek in The Rules of Attraction. But she took an abrupt break three years ago to give birth to her son, now aged two-and-a-half.

PROVENANCE: Reno, Nev. She moved to Los Angeles to pursue dance and wound up making and playing music.

BABY MAMA: “It made me grow up and get my s— together in every way. I still feel very youthful, but I’m different than a lot of people my age.” She’s 27.

FASHION: “I would rather just wear jeans to an event instead of looking sexy and safe. I wouldn’t want to be the ‘Look of the Week.'”

UP NEXT: The quirky romance Wristcutters: A Love Story, opposite Patrick Fugit of Almost Famous fame, and

a small role in the Nancy Meyers movie The Holiday with Cameron Diaz and Jude Law.
— M.M.

BIG BREAK: She was acting in a school play at 16 when Gosford Park scribe Julian Fellowes asked her to be in one of his productions. “I’ve really been lucky to have been surrounded by really established and legendary people from the word go.”

INDIES VS. BLOCKBUSTERS: “It doesn’t feel any different when you are working. I’ve enjoyed both immensely.”

FASHION: “I’ve tried to smarten myself up. I’ve learned that simple elegance works. I could never pull off boho chic. I’d look ridiculous.”

UP NEXT: She’s off to Edinburgh to shoot David Mackenzie’s Hallam Foe, opposite Jamie Bell. She plays the double role of his sister and his love interest. “Nowadays you really have to mine for gold in terms of finding a great script.”
— M.M.

This article appeared in WWD Scoop, a special publication to WWD available to subscribers.