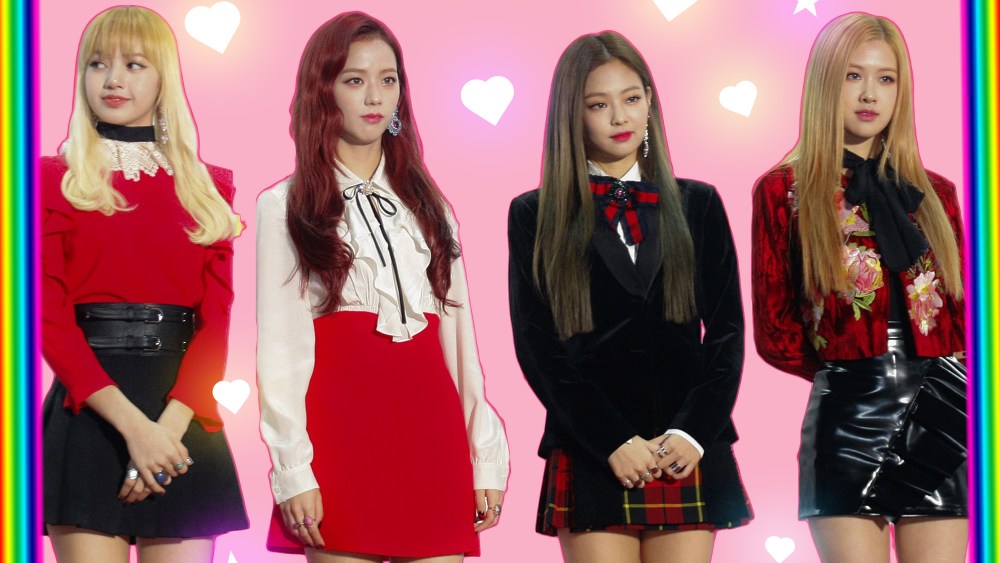 SEOUL — Morning sun streams in through the glass walls of a Gangnam office building, the sound of shuffling slippers fills the air with urgency. Stylist Kyoung Won Choi and two assistants pack racks of miniskirts and fistfuls of Chanel pearl strands into trunks. Choi, designer of the rising handbag brand Avam is also the stylist of Blackpink, considered K-pop’s most fashionable girl group. On that day, she would head to Japan to wardrobe the group’s two-week tour across the country.

Blackpink, which today releases its first mini album “Square Up,” has become a sensation since its first single “Boombayah” was released in August 2016. That song’s music video has amassed 320 million views on YouTube, and is one of the group’s three tracks to top Billboard’s world digital song downloads chart — making them the most successful female act in K-pop history.

The group is comprised of four “best friend” members only known by their first names — Jennie, Jisoo, Lisa and Rosé — and is managed by YG Entertainment, K-pop’s blue-chip production house that holds an illuminati-type reputation. After at least four years of boot camp “training,” each group member was strategically chosen for her visual appeal, dance skills, vocal abilities and fluency in languages key to international K-pop markets (including Chinese, Japanese, English and Thai). Blackpink is YG’s first girl group debut in six years since the mega-successful 2NE1, and has cultivated hype without even releasing a full-length album.

The group’s popularity is driven not only by its peppy electro-pop songs, but also its stylistic prowess — which falls under Choi’s direction. While the stylist herself prefers classic looks, her work for Blackpink exhibits a polar opposite, so brazen that it aims to further the fashion conversation. Their look is a chaotic mix of what’s trending in luxury, novelty and the underground — with a dose of cuteness for good measure.

“On a personal level, it’s my vision to create a really different idea with their look to be at the epitome of women’s fashion in South Korea — to create a new milestone,” Choi said of the group’s style, which has gone on to jump-start numerous trends in Korea.

While typical girl groups like the nine-member Twice often skew “feminine and sweet,” in identical outfits, Choi has helped build an act known for their unique looks. “The group is more loved by people who follow fashion. They are for an in-the-know girl. Groups like Twice are for the general public, but Blackpink is more for people who appreciate style,” she said.

A fan Instagram account @Blackpinkcloset breaks down the group’s designer looks each time they leave the house, dispatching insight to 135,000 followers. As they recently uncovered, a teaser for Blackpink’s first mini album sees Jennie — the group’s most popular member who is signed as a Chanel ambassador — dressed in a Marine Serre crescent moon T, Chanel costume baubles and pants by the Japanese skate brand Cav Empt. Other such mix-matched looks have featured designs by Charles Jeffrey Loverboy, Alyx, Rosie Assoulin, Vetements, Vivetta, Unif, Ambush and Miu Miu.

For Choi, the secret is to compose looks that “cater to each girl’s personality, while also looking harmonious together.” She takes care to suit the theme of a single or tour. For Blackpink’s Japan tour, Choi partnered with local labels — even utilizing tween lines like the Harajuku brand Nada Corazon.

It’s now common for brands to “sponsor” the girls’ airport looks — one of the few occasions when K-pop stars are captured by paparazzi. “No other K-pop [girl] group wore Alexander McQueen before or Balenciaga, but designers have seen their sales go up so they are now eager to work with them,” Choi said, reviewing a rack of miniskirts that all hung the same length, their hems no longer than 14 inches.

The group’s wardrobe has received heavy investment from the YG group, which has allotted a hefty budget to making sure the group is well-dressed — overflowing bags from Boon the Shop are scattered about Choi’s office. “From the beginning, YG wanted them to be different from all the other groups and create an aura nowhere near the competition. From a styling perspective, I have full support — usually for a new band there isn’t a big budget but YG has connected me with designers and given me a very flexible budget,” she said.

While Blackpink has recently monopolized Choi’s time, her pet-project brand, Avam, keeps her busy in the quiet seasons. The direct-to-consumer label — which also has a diffusion line of more utilitarian designs called Avam Appartement — is preparing to open its first flagship store in Gangnam later this year.

Choi has leveraged her position in the K-pop and K-drama world (she also styles select South Korean movie stars) to up Avam’s exposure. “You can’t deny the power of K-pop and K-drama. South Korea is very trend-driven and if someone famous wears something, everyone goes after it — it creates a phenomenon,” she said.

The line of bags and blouses is manufactured in South Korea and articulates its message via a recently launched biannual magazine. High-end frame handbags range from $165 to $355, with the Appartement line’s canvas and cotton mesh bags running from $35 to $135.