On April 16, WWD brought the news of the catastrophe to a stunned fashion industry. 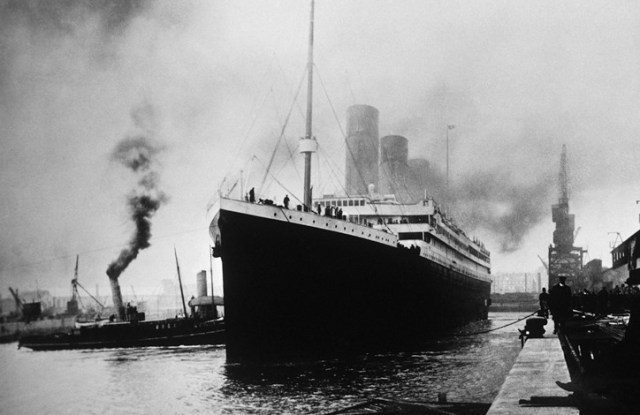 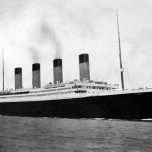 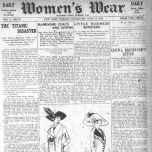 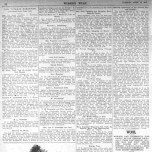 It only took two hours and 40 minutes for the Atlantic to swallow the largest passenger vessel in the world on April 15, 1912. The RMS Titanic struck an iceberg a few hundred miles south of Newfoundland and sank, resulting in 1,517 deaths. On April 16, WWD, which happened to have a reporter on board ship, brought the news of the catastrophe to a stunned fashion industry.

In addition to the huge loss of life, a lot of money went down with the Titanic. WWD reported that the cargo and hold were insured for 2.4 million pounds sterling. Thousands of dollars of garments from the fashion centers in Europe were lost along with large quantities of French silks and laces and Manchester cotton. And the post office stated that 3,500 sacks of mail (nearly 10 million letters and parcels) went down with the ship as well.

Several of the rag trade’s key players had been aboard the luxurious ocean liner, too. At the office of R.H. Macy & Co., no word had been received about co-owner Isador Straus at press time (both he and his wife Ida had perished). Timothy McCarthy and Herbert Hilliard of Jordan Marsh Co., B.L. Foreman of the Einstein Wolf Co., Percival White of N.D. White & Co., Samuel Goldenberg of Goldenberg Bros., George Rheims of Leon Rheims & Co., Emil Brandeis of J.L. Brandeis & Sons, W. Vanderhoof of the Williamsburg Trust Co. and Andrew Saks’ daughter Mrs. Edgar J. Meyer (who survived but lost her husband) were all among the missing. “The Titanic, it is said, left England with about 2,209 persons on board, and of that number, 800 have been transferred to the Carpathia of the Cunard Line,” WWD’s report read. “The fate of the remainder is, at the time of going to press, a matter of frightful conjecture.”

But WWD’s Paris correspondent, Edith L. Rosenbaum, was one of the lucky few to make it safely aboard the Carpathia. She was coming to New York with the latest models and merchandise from Paris (all of which were lost). On April 19, 1912, WWD ran her account of the incident. She reported on several more industry professionals who had perished like the owner of Klauber Bros. laces and buyers from the Jordan Marsh Co. and Gimbel Bros. One particularly shocking account was that of George Rheims’ escape. He said to his brother-in-law, “See, the deck is under water. I guess we will have to swim.” When his brother-in-law said he didn’t know how to swim, Mr. Rheims replied, “Then, goodbye, old boy, I will take my chances” and jumped into the water. Mr. Rheims was pulled aboard a collapsible life boat 2 hours later and survived. His brother-in-law did not.

The women onboard Titanic generally fared better than the men due to the then widely practiced “women-and-children-first” rule. Indeed, Rosenbaum and designer Lady Duff Gordon had a very different experience evacuating the ship. Though they had not disembarked together – Gordon and her husband had taken a nearly empty lifeboat early on, a move for which the couple was violently ostracized later – Rosenbaum reported that Gordon “made her escape in a very charming lavender bath robe, very beautifully embroidered, together with a very pretty blue veil” which she saw once the two were together on the Carpathia. Mrs. Gordon mentioned to Rosenbaum that she had admired her clothes during the trip and the women swapped style information. “Are you the one giving such interesting reviews in Women’s Wear,” she asked Rosenbaum, “and have you any idea what they are going to wear for next year?”