Back in Time: WWD at the Opening of Le Palace

A dose of Studio 54 glamour for the City of Light, Le Palace set out to bring back les nuits folles of Paris’ past. But how wild was it? 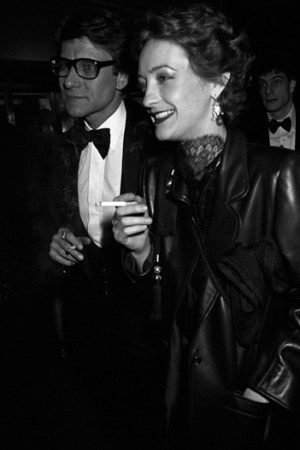 Party like a Parisian. In 1978, the talk of the town was the opening of Fabrice Emaer’s newest disco, Le Palace. A dose of Studio 54 glamour for the City of Light, Le Palace set out to bring back les nuits folles of Paris’ past, according to WWD’s reporter. But how wild was it?

Once inside, guests including Loulou de la Falaise, Sonia Rykiel, Kenzo and Yves Saint Laurent found the restored Twenties theater so packed it took an hour to get from the red velvet balconies to the dance floor. Around 4 a.m., after hours of free Champagne and whiskey, the crowd was hurtling glasses through the air while Grace Jones performed. “It’s infernal,” said Victoria Rivière. “There’s so much broken glass.”

Though Mr. Emaer thought the night was “a dream come true,” one departing guest said, “It’s a nightmare!” Back inside, Jean Louis Scherrer hid in a corner in the club’s basement. “I’m staying right here,” he said, “close to the emergency exit.”