‘The Vulgar: Fashion Redefined’ Exhibition Opens at the Barbican Art Gallery in London

The exhibition was a collaboration between curator Judith Clark and psychoanalyst Adam Phillips. 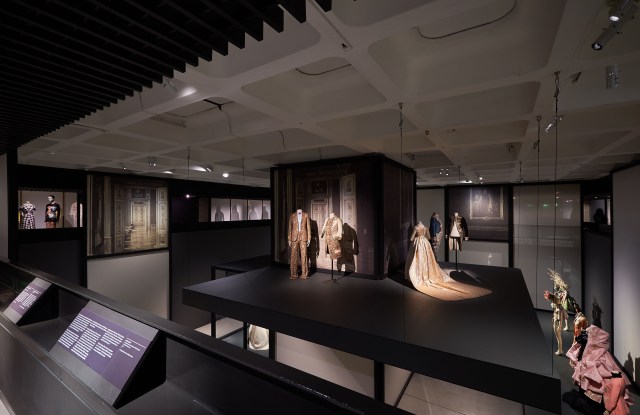 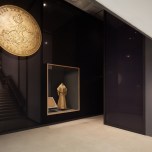 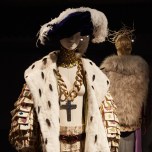 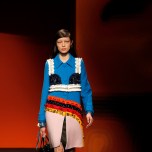 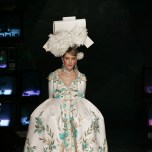 REDEFINING TASTE: What defines good and bad taste in fashion? That’s one of the questions exhibition-maker Judith Clark and psychoanalyst Adam Phillips set out to explore as part of their latest project “The Vulgar: Fashion Redefined” at the Barbican Centre’s Art Gallery, alongside the notions of vulgarity and excess.

Through a wide variety of exhibits that date back from the Renaissance to modern day and range from ready-to-wear, to couture and manuscripts, the show invites the visitor to reconsider what makes something vulgar. It also revels in fashion’s embracing of excess, by displaying some of the most extravagant, over-embellished pieces from a wide range of designers’ catwalks. Highlights include a floral-embroidered voluminous gown by John Galliano for Dior and a fall 2016 haute couture look by Viktor & Rolf created using leftover fabrics from previous collections and featuring a pink ruffled jacket and trousers embellished with thousands of colored buttons.

A series of manuscripts placed alongside the clothing contextualizes the common association of such over-the-top looks with vulgarity; “Well bred people do not often dress in what is called ‘the height of fashion’ as that is generally left to dandies and pretenders” reads a page from “The Lady’s Book of Manners” which dates back to the 19th century.

The idea of fashion that is inherently copied is another theme explored extensively in association with vulgarity. A Maison Margiela for H&M trompe l’oeil dress — a re-edition of a spring 2016 style by the French house that was itself a photocopy of a sequin print — is displayed to illustrate the point. In addition, a series of Grecian-inspired dresses designed by Karl Lagerfeld for Chloé in 1974 are showcased to highlight that even a more traditionally beautiful item can come to be associated with the notion of the vulgar, as it effectively imitates classical culture in vernacular tongue.

“The exhibition is about playing with different ideas about what vulgarity is. The word vulgar is a very violent one as Adam [Philips] terms it, people resist to use it, so when we approached designers we explained that the vulgar is not used as a derogatory term in this case,” said Sinéad McCarthy, the Barbican’s associate curator who worked alongside guest curators Clark and Phillips on the new show. “It’s about the territory of taste and how that is a movable feast, so a lot of the items are absolutely beautiful but at one time they might have been considered vulgar.”

The cyclical nature of fashion and the ways attitudes to taste change over time is another overriding theme, which the curators highlight by placing items from different eras side by side. The exhibition’s Puritan room, features lace collars from the 18th century next to embroidered collars from Marc Jacobs’ spring 2012 collection for Louis Vuitton and dresses by Alexander McQueen and John Galliano for Dior with exaggerated Victorian-inspired ruffled collars.

“I adore the Puritan room, we talked about it almost like a painting, you can’t see the perspective and everything looks like it’s almost floating in the dark space. It showcases these beautiful objects from the late 18th century, a lot of which are handmade and were very much about refinement, cleanliness and showing restraint in a sense. However, even those objects started to become larger because people wanted to show their wealth, they want to show off what they have so it’s about the shift associated with these objects,” added McCarthy.

Similarly embellished bralets over printed dresses by Prada are placed next to 18th-century stomachers, while an Oriental-inspired Paul Poiret dress from the Twenties with mirror embroidery is compared with a futuristic, metallic dress by Nicholas Gheshquiere for Louis Vuitton.

“This exhibition is about revisiting time periods and showing this cyclical nature of fashion and dress; something that at one point might have been considered one thing is now considered something else. It’s an every-shifting landscape.”

Contemporary designers also share their take on the subject in a short film screened at the beginning of the exhibition. “What’s the antonym of vulgarity? There’s no good and bad vulgarity, it’s not a sliding scale. For me, it adds spice in everything I do and when you put it together with taste it’s extraordinary because it makes people sparkle,” said Stephen Jones.

As the popularity of the fashion exhibition continues to grow with the broader public, with Alexander McQueen’s “Savage Beauty” and Manus x Machina surpassing record numbers of visitors, McCreery said that the exhibition’s title “Vulgar” is likely to attract people’s attention yet the show will exceed expectations.

“When you come in to the space you understand the playing with scale and over-embellishment, the fact that there are historical pieces next to contemporary ones. It’s quite playful that it’s immediately illustrating to you that one person’s vulgarity is not another person’s vulgarity. Ultimately, the vulgar is something that we ourselves impose, it’s not the object itself that is vulgar, it’s our perception of it.”

The exhibition will open Oct. 13 and run until February.