Year in Fashion: They Said It

Fashion's highly quotable crowd was at it again. 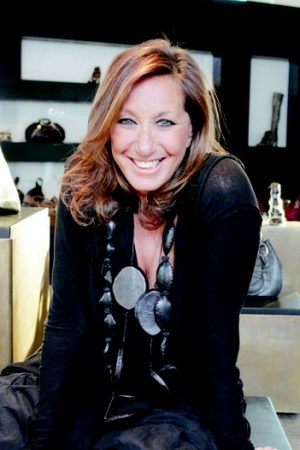 “I live by astrology. I am a Libra. I can’t make up my mind. We never find a balance. We like it all.” — Donna Karan, discussing her zodiac-inspired handbag line; Jan. 10

This story first appeared in the December 15, 2008 issue of WWD. Subscribe Today.

“I think the people react too fast and scare themselves. People who start the day thinking about catastrophes have no chance at the end of the day. I wake up in the morning so happy to be alive and healthy.” — Max Azria, Jan. 31

“Tommy Tune interviewed me this morning for Interview. I think I was in heaven for a minute.” — Brooke Shields, Feb. 6

“I had Gucci and UNICEF on my side, so that helped. It’s pretty chic, isn’t it?” — Madonna, at the U.N. fund-raiser concert for Malawi; Feb. 8

“The women’s business is the craziest business in the world and it’s been hard for us to get out of the gate, but we’ll get there. When we do, it’s going to be big.” — Sean “Diddy” Combs, after not showing his women’s collection on the runway as promised; Feb. 11

“He was hip when everyone else was still hep.” — Sidney Kimmel about Max Raab in Raab’s obituary, Feb. 25

“My life’s dream has been to promote self-esteem for women and wellness for the entire family. Through the Wal-Mart stores and Web site, I can reach more people and affect more lives than in any other venue.” — Norma Kamali, on her deal to create a line with Wal-Mart Stores Inc.; Feb. 28

“I have to admit that Domenico is much more of a soccer fan than I am. However, when you go to a game and see an architect, a politician, a lawyer, a worker — young and old together — you realize how important soccer is culturally and thus it’s something that interests me and something I need to be involved in.” — Stefano Gabbana, on Dolce & Gabbana’s affiliation with the AC Milan soccer club; Feb. 13

“How long does fashion week last? Is it really a week?” — Amy Winehouse, March 3

“It’s like a sculpture you can walk in.” — Karl Lagerfeld, on the Chanel Mobile Art pavilion in Hong Kong; March 14

“Some woman just asked me to make her wedding dress. I took one look at her ring and was like, ‘Let’s go, girl!’” — Newly minted “Project Runway” winner Christian Siriano, March 14

“I make these clothes as if they are unisex. I mean, some of the clothes are clearly just for girls, you won’t see me wearing a dress or anything, but I do like to wear a slimmer jean.” — Fall Out Boy Pete Wentz, on the line he’s designing for Nordstrom; March 20

“Temptation has to be permanent.” — Karl Lagerfeld, April 7

“It’s fascinating to me, because in England we don’t have campaign contributions, we don’t have primary elections. Rupert Murdoch just decides.” — Tracy Ullman, April 7

“Of course, I’m still in love with fashion and couture. But I think today they have to share other areas. Fashion for me is just a little bit over. That’s why I like to have some new blood by working in hotels, theater and other projects inherent in art…. Life is short. Sometimes you have to be a workaholic.” — Christian Lacroix, April 15

“Money is an extraordinary club. It’s a global club, and money talks very loudly. And business runs the world, whether we like it or not.” — Rita Clifton, Interbrand consultants; April 22

“She’s the biz.” — Paul McCartney, about his daughter Stella, at a show of her collection in Liverpool; June 3

“I think it’s beautiful they’re finally coming together. That is family power.” — Yoko Ono, at the McCartney show and concert in Liverpool; June 3

“When you’re just getting started, you take whatever you can get. Starving had no appeal to me.” — Actress Margaret Colin, June 17

“At the end of the day, sentiment is sentiment, and people want these things that people have always had. It just might be Mike and Jack instead of Mike and Mary.” — California jeweler Neil Lane on same-sex marriages’ impact on business, June 18

“How do we compete [on] a peanuts budget with Ralph Lauren, who does 140 [ad] pages in The New York Times? The greatest ad you can have is having people wearing the clothes, which starts with Matilda the housewife or Matilda the secretary.” — Bud Konheim of Nicole Miller, on product placement; June 18

“Had I been tall and blonde I might have gotten more roles and made tons of money, but then I probably also would have gotten hooked on drugs and ruined my career by now.” — Salma Hayek, June 19

“I’m a girl. I’m weak in front of beautiful dresses.” — Natalia Vodianova, at the Valentino exhibition in Paris; June 19

“One of the things I have not liked in the past two administrations is this extraordinary inner-house awe for their president. You know, I loved Reagan, but he was a man and he was flawed and I wrote about that in my first book. I am astonished that the Bush people are so robotic. I am astonished that if you ever criticize your guy, he will banish you from the kingdom.” — Peggy Noonan, June 20

“To be dressed in clothes produced by Russian designers has become hip, not outdated. Before, these were clothes someone with a lot of money would never wear.” — Anna Lebsak-Kleimans, Fashion Consulting Group of Moscow; July 3

“I was hoping for someone with a more developed pectoral region and more chiseled features for the part of the editor. But in a pinch, Jeff [Bridges] will just have to do.” — Graydon Carter, editor in chief of Vanity Fair, on the casting for his character in “How to Lose Friends and Alienate People”; Sept. 12

“I’ve never been banned before, It’s very rock ’n’ roll; I kind of like it.” — Eva Mendes, on the controversy around her appearing nude in Calvin Klein fragrance ads; Sept. 12

“We can afford to be patient. We will have five to seven years in red figures, but you have to feed the cow before it gives milk.” — Heinz Krogner, ceo of Esprit on the brand’s U.S. plan; Sept. 18

“The future of fashion is sleeveless. Who needs sleeves anymore? You need to be able to move and be comfortable. To layer. Seasons don’t exist like they used to. Now it’s cold in summer and hot in winter. Things have changed. Fashion needs to look forward.” — Pierre Cardin, Sept. 25

“I’m not Valentino and I’m not retiring.” — Suzy Menkes at a party marking her 20 years at the International Herald Tribune, Sept. 29

“We haven’t been on vacation in two years or something like that. We’ve been holed up in the house taking care of babies.” — Jennifer Lopez, on attending Domenico Dolce’s 50th birthday party in Milan with husband Marc Anthony; Sept. 30

“The only restriction I’ve given him is that I must be able to move easily. If I have to concern myself with a dress sleeve or a sequin or things coming out that shouldn’t — that’s a problem.” — Tina Turner, on her stage costumes by Bob Mackie; Sept. 30

“I have been a designer for a lot longer than many of them have been journalists. I find it strange to speak with a kid with an earring here and a piercing there who comes in front of me and judges me.” — Giorgio Armani, Oct. 27

“[Since] John McCain is unlikely to give two gay hoots about my gay civil rights, I’m going with the good-looking one. Apart from being the right candidate, Mr. Obama looks better in a suit, which can only be a good thing.” — Simon Doonan, Barneys New York; Nov. 4

“Remember where you came from and how important that is, and that will sustain you.” — André Leon Talley, Nov. 3

“I am the Yves Saint Laurent girl, for a long time and forever.” — Betty Catroux, Nov. 3

“If you had $50 million and you’ve got $15 million left, you’ll still drink expensive whiskey and Champagne and smoke expensive cigarettes, and you won’t stop buying dresses for your wife as long as they don’t cost more than 35,000 euros [$44,600].” — Russian businessman Andrei Foman, on the economic downturn; Nov. 4

“When you see things on television, you don’t know if it’s true. I wanted to see it with my eyes and touch it myself.” — Donatella Versace, visiting the site of the earthquake in Sanjiang, China; Nov. 12

“The number-one role of the boss or the leader is to manage your people in a way that it’s their company. I see company after company after company where the boss does not understand that he or she is one of thousands. If they don’t like you, or if they think that you’re a nutcase, you’re going to be dead.” — Allen I. Questrom, Nov. 12

“People who know me know how much I love television. I used to absolutely love ‘Wheel of Fortune’ when I was here in America. I used to run home at 7:30 and used to tell everybody that I had a class. Watching ‘Wheel of Fortune,’ I discovered America.” — Alber Elbaz, Nov. 12

“One of the hallmarks of great leadership is communication and the ability to make complicated subjects easy to understand.” — Roger Farah, Polo Ralph Lauren, Nov. 12