This Vintage Archive Is All Avant-garde — and Renting Now

Fashion designer Adrian Appiolaza has been collecting for decades.

One of Paris’ richest private caches of avant-garde fashions is ready for its closeup — and rentals by the week.

Dubbed the 20Age Archive, the stash of flamboyant pieces — ranging from Comme des Garçons lumps-and-bumps dresses to deconstructed leathers by Martin Margiela — has already caught the attention of stylists, an Italian fashion house, museums, and an array of indie magazines now incorporating vintage fashions into their shoots.

“The idea of nostalgia is strong today, so it’s a good time to make this happen,” said Adrian Appiolaza, a fashion designer who has been collecting cutting-edge Japanese fashions since he first discovered them in The Face magazine in his native Argentina. 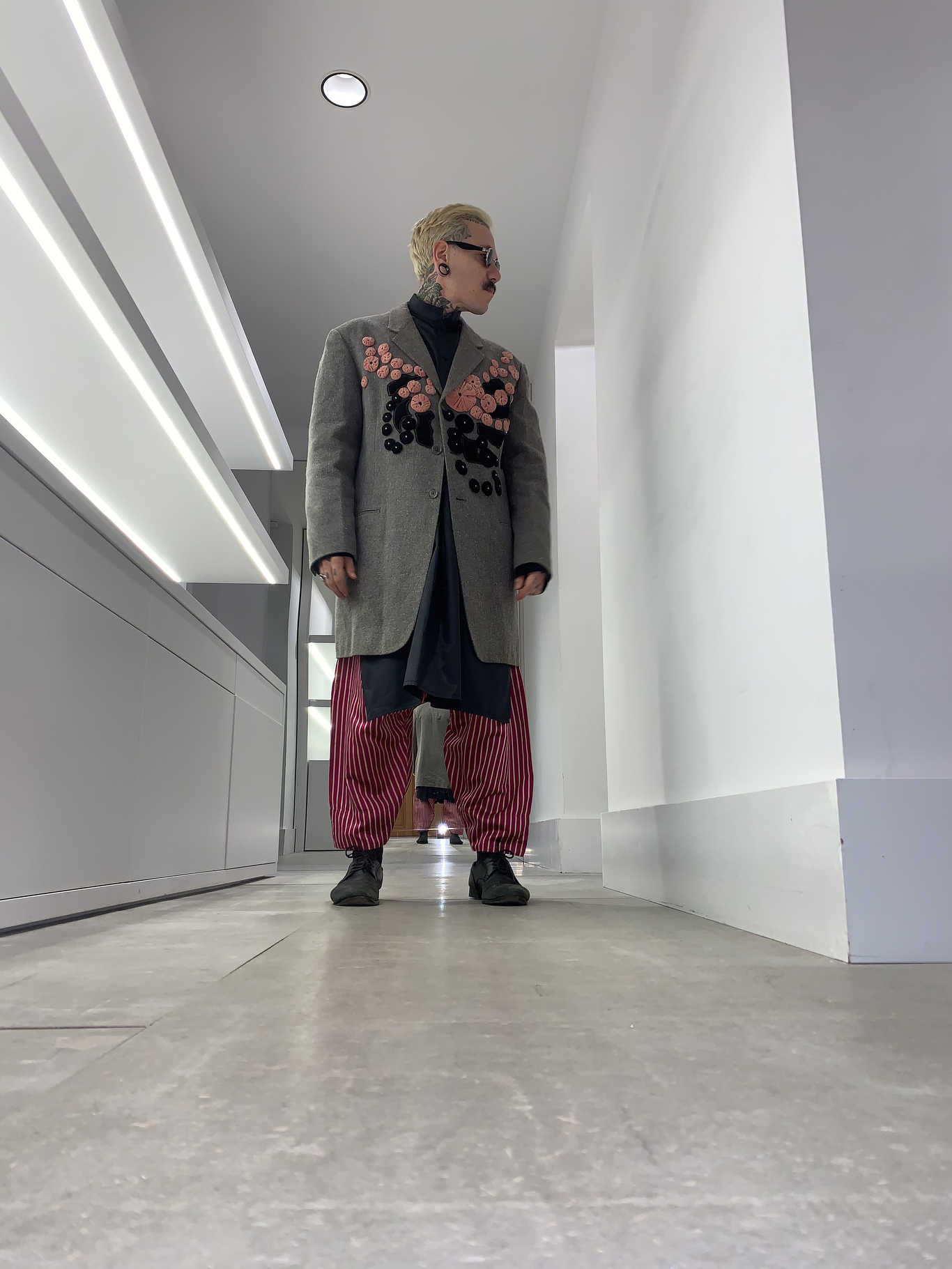 He ultimately widened his habit once a fashion student at Central Saint Martins in London and through his fashion career in Paris designing for the likes of Alexander McQueen, Miguel Adrover, Prada, Chloé, Louis Vuitton, and now Loewe, where he is design director of women’s ready-to-wear.

“Also, I’ve been spending all my cash on this archive and I don’t regret it, but I would like for the archive to feed itself with rentals and then continue to buy more and make it as big as we can,” said Appiolaza, who was joined for a Zoom interview by his boyfriend Ryan Benacer, who contributed about 250 choice pieces by Jean Paul Gaultier.

Laid off from his fashion job due to the coronavirus crisis, Benacer seized on the moment to better catalogue the archive and start up the rental project, which hinges on bespoke, concierge-like service. While about 70 pieces are displayed on the 20Age Archive Instagram account — and more on the duo’s personal feeds — Benacer shares the complete offering of about 2,000 items via a digital file upon serious inquiries, which have been rolling in since they quietly opened for business last month. 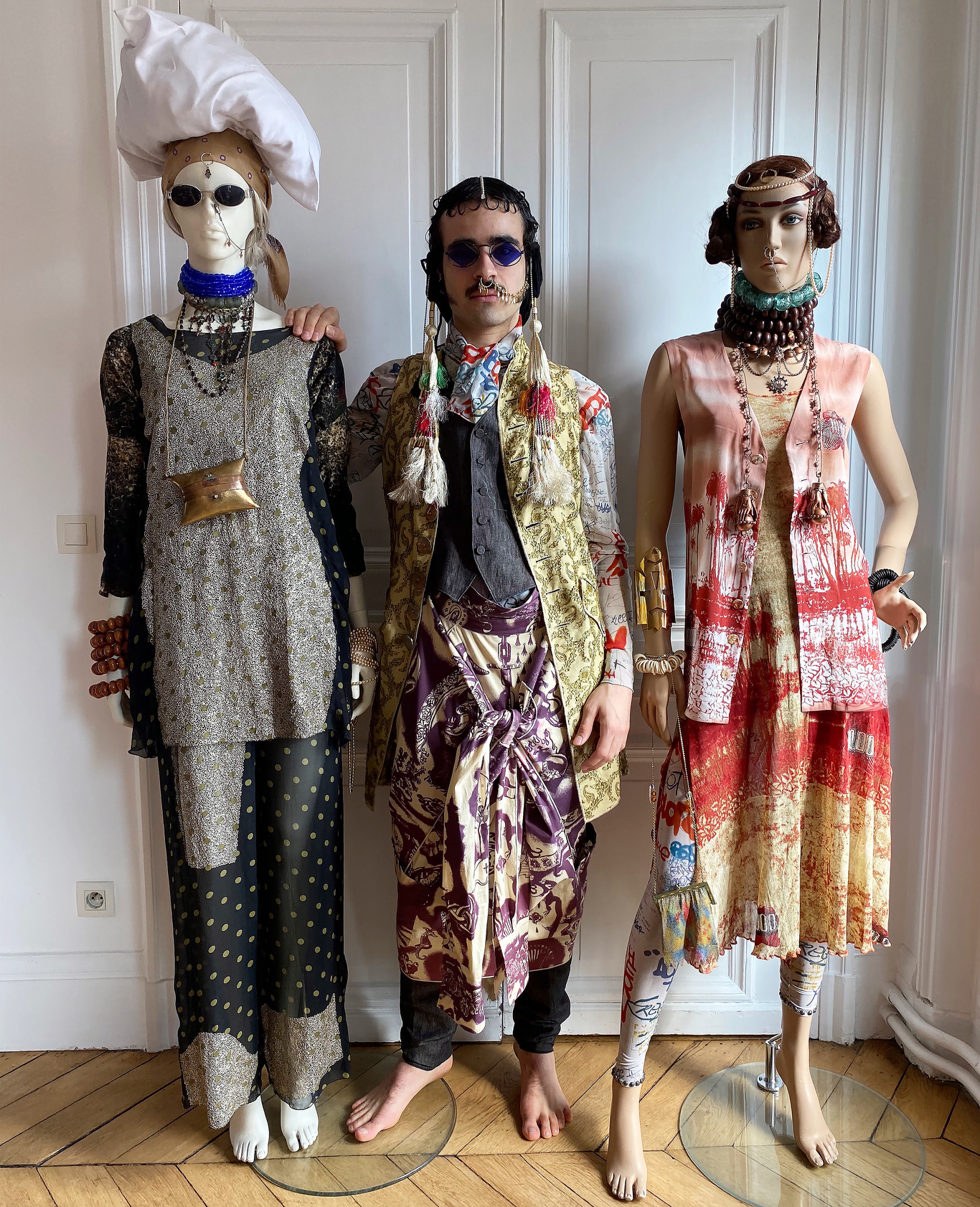 “We don’t want people to go to a web site where everything is available. I think the mystery of the archive is very important to us,” Appiolaza said.

“It’s a shame to have such beautiful pieces in a closet and for them not to be appreciated and used for something positive — as design inspiration, for exhibitions or for pictures for magazines,” Appiolaza said over FaceTime, dressed uncharacteristically in a plain gray T-shirt. “Actually, we’ve been working on the archive and haven’t left the house all day,” he demurred. 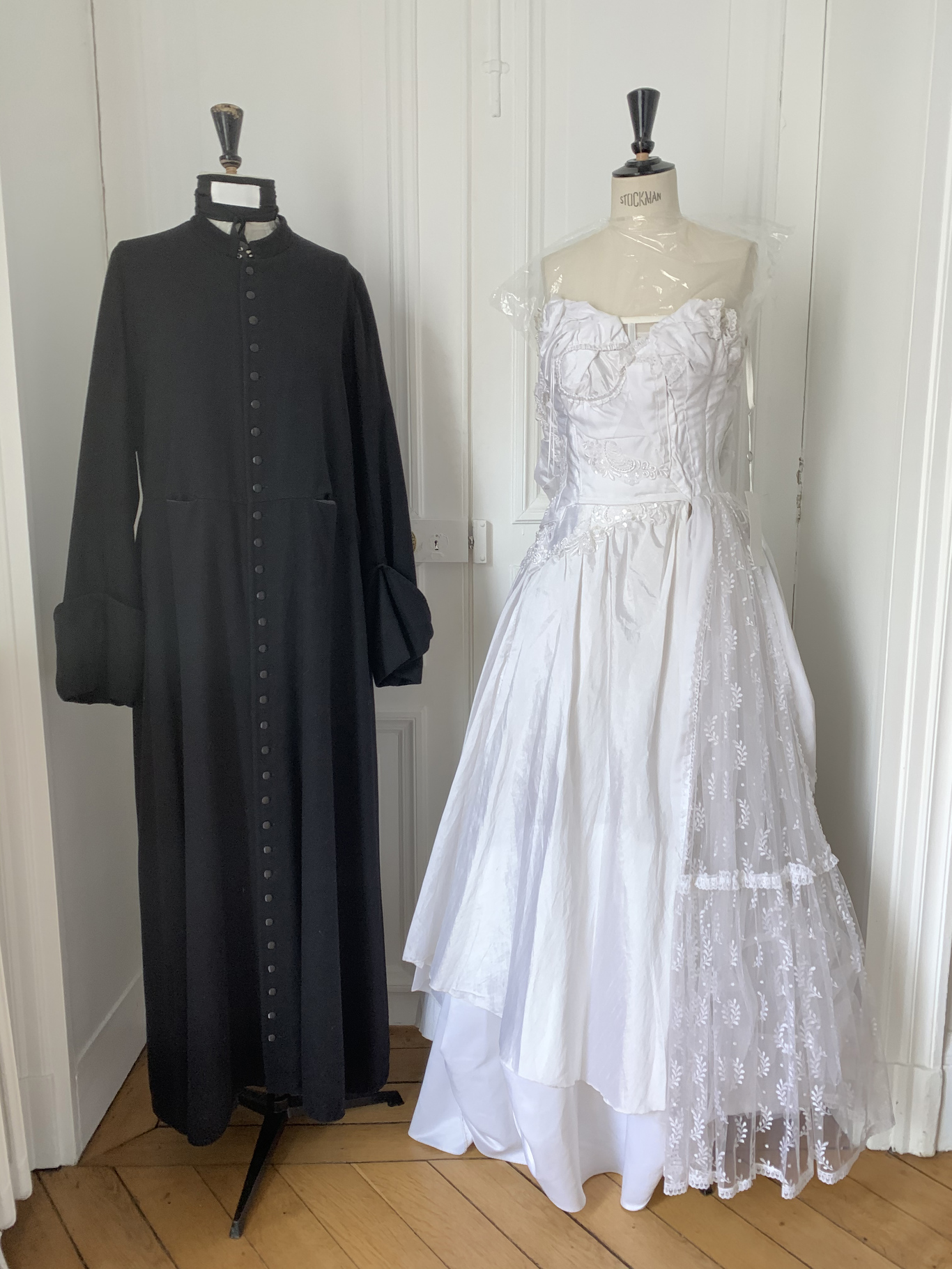 Another Magazine, System, Exhibition, Hot Hot Hot and Rika are among the magazines that have already rented from 20Age, while stylists for music videos are seen as another potential client pool. To wit: A fall 1992 Gaultier blazer festooned with faces was loaned for a recent Kali Uchis single.

“There is a big new approach to editorials, which is including vintage,” Appiolaza enthused. “Enriching a story is not just about new clothes.”

While the rental service isn’t targeted at individuals per se, one dapper gentleman who works in fashion already rented a Yamamoto suit for a special night.

Benacer started collecting Gaultier only about three years ago, shortly after he finished his studies at l’Atelier Chardon Savard in Paris. “I realized that almost everything that I like about fashion was thanks to Jean Paul Gaultier. Thanks to his work, we saw men in skirts, corsets for men — all that crazy and flamboyant men’s wear, plus his women’s wear, which made women strong and free,” he said. “I just became obsessed. I wanted everything.” 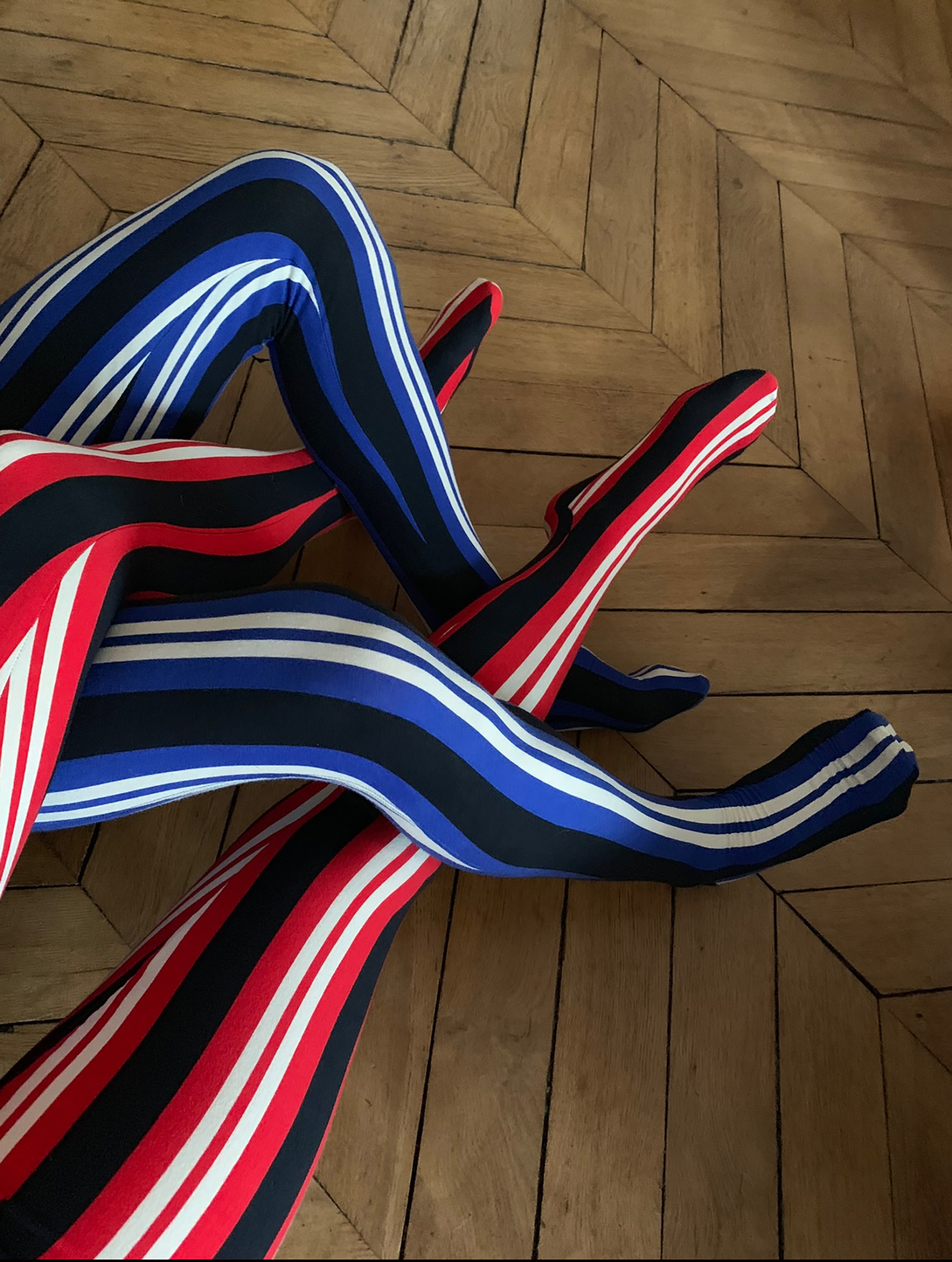 And just in the nick of time. He acquired most items from vintage dealers in France before the acclaimed couturier announced his retirement from fashion in January, which has caused prices to skyrocket.

In general, competition is intensifying among collectors of vintage with the advent of vintage resellers, and social media, which has widened and demystified the treasure hunt, Appiolaza said.

He said he’s learned plenty from studying the construction of the garments he collects, which date from the Eighties to the present, his last purchase being a donut-shaped ensemble from the fall-winter 2020 Comme des Garçons collection.

“Now I try not to mix my archive with my job. At this stage, I don’t use it for design purposes because we do our own research at Loewe,” Appiolaza said. “But when I was working at Prada, Chloé or Louis Vuitton, I was always bringing pieces for finishings, materials, details, a sleeve.” Or, in the case of some of his Comme des Garçons treasures, up to six sleeves.

Rent the Runway CEO Discusses How the Coronavirus Impacted Business